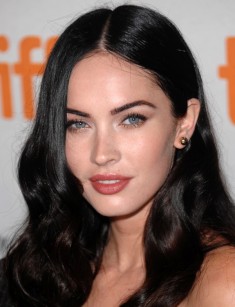 Megan Fox is an American actress and model. Megan Denise Fox was born on May 16, 1986, in Tennessee. The father of the future celebrity worked as a parole officer. When the daughter was three years old, her parents divorced. Megan’s mother soon married again, and the family moved to Florida.

Her stepfather was so strict that it led to endless nervous breakdowns of the girl. Megan also did not distinguish herself with a calm temper. According to the celebrity’s school friends, in childhood, the Hollywood star was aggressive and unbalanced. Since the age of five, Megan attended a drama club and was involved in dancing. At 15, the girl and her mother moved to Los Angeles, where the beginning actress was not very lucky because initially, she got bit parts in movies.

The first movie with Megan Fox was the film Holiday in the Sun. In 2004, the American received the first prominent role in the movie Confessions of a Teenage Drama Queen.

In 2007, Megan Fox and actor Shia LaBeouf got the opportunity to appear in the film Transformers. This film made the American actress famous. Fox played the role of a sexy and charming girl, Mikaela Banes.

The film became incredibly popular. During the first days, it grossed $ 70.5 million. In total the movie grossed $ 709.7 million. Viewers named it the best film in the actress’s filmography.

2009 was a turning point in Megan Fox’s career. That year, the horror dark comedy film Jennifer's Body was released. Megan Fox together with Amanda Seyfried performed the leading roles in this film.

In 2009 the sequel to the film Transformers was released. Viewers liked the movie Transformers: Revenge of the Fallen with Megan, but film critics gave negative reviews about the plot.

The actress did not play in the third part of Transformers. According to the American press, Fox was fired because of serious disagreements with the director. It turned out that the producer of the film, Steven Spielberg, dismissed the star after the actress’s interview with one of the British magazines.

Megan compared director Michael Bay to Hitler. According to Fox, Bay "derided the actors," and forced her to gain weight and have a dark tan.

The actress told in the interview that she voluntarily left the set of Transformers because she decided to take part in other projects. In turn, Michael Bay denied the Hollywood celebrity’s words, saying that he always turned a blind eye to the actress’s tricks and often defended her against hostile criticism in the press.

Later, Hollywood filmmakers offered the actress similar roles in the fantastic action movies, but Fox did not agree to participate in such films.

Besides filming, in 2010, Megan starred in Eminem and Rihanna’s video for the song “Love The Way You Lie.” The actress’s fans appreciated the video, saying that she should participate in similar projects more.

The latest films with the actress include Teenage Mutant Ninja Turtles, where Megan Fox got the role of April O'Neil.

Megan has had a quiet private life for a long time, and the American has never tried to become famous for numerous love affairs with stars. In 2010 Megan Fox married actor Brian Austin Green, known for the series Beverly Hills, 90210. Megan and Brian dated since 2004.

In 2012, Megan gave birth to Brian's first son. The couple named him Noah Shannon. In 2013 it transpired that the family was waiting for the second boy. Bodhi Ransom was born in February 2014.

During these years, Fox and Green were considered to be a perfect couple, which was not involved in scandals and intrigues. The fans were surprised when in August 2015 they found out that Megan announced a divorce. The actress said that the reason for this decision was "insurmountable differences."

Drug addiction is probably the most negative fact about the Hollywood celebrity’s life. The actress said that she had tried all kinds of drugs and liked marijuana most of all.

When viewers mention the name of actress Megan Fox, they think of a svelte and sporty (Megan's height is 163 cm, the weight is 52 kg) woman. The star of Transformers makes no secret of her fitness. She says that such a result is primarily merit of the genetic heritage, but not her efforts. She is lazy, and physical exercises, as well as strict diets, often become a real ordeal.

There are eight tattoos on the star’s body, one of them has the image of Marilyn Monroe, the legend of the world cinema. In the future, the actress intends to have new tattoos. When Megan Fox talked about tattoos, she admitted that they were even more important than the status of the famous Hollywood actress. According to the American actress, she is ready to give up filming for tattoos.

Ill-wishers still say that Megan Fox has achieved such results thanks to plastic surgery. According to some social networks users, the photos before and after plastic surgery can confirm the fact.

Moreover, viewers said that Megan Fox’s appearance had defects. In 2010, the actress took part in advertising for Motorola. Curiously enough, even such an innocent idea with the participation of the actress was not without embarrassment.

It turned out that the movie star's thumbnail on the right hand is very short, so they had to use the services of a backup during the shooting. It transpired that the actress suffered from a disease that deprives the nails of aesthetic value, causing difficulties for shooting in a full-screen version.

In 2016, Megan’s fans found out that the actress was pregnant. In August 2016, Megan and Brian had a son. The boy was named Journey River. Fans were happy at this news because the couple planned to divorce in the spring of the same year.

In May 2016, the media reported that Megan Fox would refuse to film in sex scenes. The American explained that she decided to "protect her children’s psyche, not wanting to hurt them, because the sons cannot draw a line between reality and art."

"I do not think that the sons will cope with this task. It is always a personal trauma for children to see their mother on the screen," the actress said.

Megan said that many Hollywood stars face this problem, and it is just impossible to separate the actor’s personal and professional life. The actress decided to refuse to shoot nude scenes, suggesting that in the future the filmmakers would not lay emphasis on her sexuality and offer serious roles.

In March 2017, Megan posed almost naked for the camera. Fox advertised her collection of underwear. The American actress created a line of sexy lingerie with the brand Frederick's of Hollywood. Megan posted the photos on her Instagram page.

Fans compared this photo shoot to the photos for Playboy magazine. According to her fans, Megan decided to create some alternative to the pictures that Playboy published earlier.

Launching a collection of underwear, the model soon became the heroine of V Magazine. Megan posed wearing the Ukrainian brand Masha Reva trench coat. For the first time, viewers saw the beige raincoat with blue rubber printing in the Drawings on People collection, presented in Paris in the spring of 2017.

In April 2017, the paparazzi took pictures of Megan in Los Angeles walking with the children. Noah Shannon and Bodhi Ransom, the sons of an American actress, wore dresses. It is not the first time when Megan Fox’s eldest son strolls down the street wearing such clothes. In early April, journalists noticed the actress’s husband, who walked with the sons. Noah Shannon wore a dress with a long full skirt, and when the actress was pregnant with a third child, she went with her eldest son in the Californian metropolis, when he wore the Disney princess dress.

Fans are not surprised, because Megan Fox is not the only representative of Hollywood, who appears in public with her sons dressed in girls’ clothes. Previously, actress Charlize Theron’s son Jackson wore a dress several times.

Megan is often criticized for such experiments, but the actress believes that she does everything right. According to the movie star, she reads books instead of tabloids and does not pay attention to negative reports.

"I have never read what they write about me. It took some time to learn not to pay attention to this hype. I prefer books to the yellow press. I read everything from novels and poetry to astrology books," Megan Fox said. 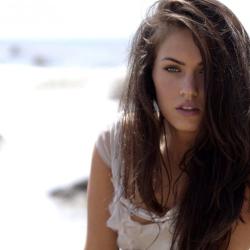