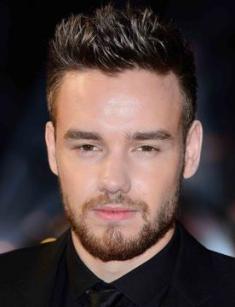 The favorite singer of millions of music lovers, Liam James Payne, became famous when he was not even 20 years old. The vocalist of the popular teen group One Direction has caught the fancy of people. The singer did not lose popularity, having started a solo music career. Liam's two solo compositions became hits.

The number of Payne’s subscribers on social media proves his popularity. In the summer of 2017, the star had almost 4 million virtual friends, and 26.3 million users subscribed to his Twitter account.

The future One Direction star was born in the summer of 1993 in the north-west of West Midlands. Liam Payne spent his childhood and youth in Wolverhampton. The parents had to worry about their son, because he was born a month earlier, and his right kidney was dysfunctional. For the first four years of his life, Liam Payne was under the constant supervision of doctors, until his mother was informed that the baby was healthy.

Liam showed musical inclinations in childhood. The boy sang, barely learning to pronounce words. At the age of six, Payne knew and sang the songs of the group Oasis, and when he went to school, there was no doubt that the boy was an artist. Liam Payne participated in school plays, sang and danced, performed solo singing in the choir. Music and singing became the meaning of the boy’s life, and the stage became his everyday life.

Liam Payne had time to do sports. The boy’s height (5.9 ft. (180 cm)) allowed him to play basketball, but the relationship with the team did not work out. Liam gained self-confidence, enrolling in the boxing club. But the athlete had also running accomplishments. Liam Payne joined the national team and participated in competitions. But whatever he did, music has always had top priority.

At the age of 14, Liam Payne became a member of the famous English television show The X Factor. Payne managed to reach the top 25 out of 200,000 applicants, but the jury encouraged the talented young man to develop his skills and come back in 2 years. In 2010, Payne tried his luck for a second time and returned to the how for the seventh series. This time, the 16-year-old contestant performed Justin Timberlake’s hit song “Cry Me a River,” which earned him three ''yes'' from the judges.

But Judge Nicole Scherzinger ruined Liam Payne’s plans to develop a solo career because she saw the guy as a member of a band. Thus, Liam Payne began his singing career, having become the vocalist of the band One Direction. The group included members of The X Factor: Niall Horan, Zayn Malik, Harry Styles, and Louis Tomlinson. The guys reached the finals and came third, losing to Matt Cardle and Rebecca Ferguson.

In 2011, the English-Irish group embarked on the tour across the UK together with other winners of the music competition. They performed and created material for their debut album. The band released the album entitled Up All Night the same year, and in the winter of 2012 One Direction recorded the single "What Makes You Beautiful." The song became a hit, and the group won the BRIT Award.

In November 2012, the band released the second album entitled Take Me Home. The composition “Live While We’re Young” peaked the top ten in New Zealand and Ireland. In the very first days, the album sold 300,000 copies and became the third ever for a download by a group.

For the next three years, One Direction released the albums: Midnight Memories, Four, and Made in the A.M. In 2014, the English fans of the group saw the movie One Direction: Where We Are – The Concert Film about their favorite band, directed by Paul Dugdale. However, the popularity of the musical group and thousands of fans at concerts did not stop the breakup of the "magnificent five." Liam Payne was the last member to start a solo career.

Tall and handsome Liam Payne has not lacked female fans. Millions of girls liked the photo of his naked body on Instagram. But Payne has a serious approach to his personal life and the choice of a girlfriend. Liam met dancer Danielle Peazer on the musical project. The love affair lasted three years, but in 2013, the couple broke up, maintaining friendly relations.

The relationship with a new girlfriend, Sophia Smith, turned out to be even shorter. The couple dated from August 2013 to October 2015. Liam Payne met true love in 2015. Model and singer Cheryl Cole, a judge of the seventh season of The X Factor, is ten years oldest than her boyfriend.

Cheryl has been married twice. She lived with the French restaurateur, Jean-Bernard Fernandez-Versini, for a year and officially broke up in January 2016. Cole's love affair with Liam Payne, which began in late 2015, developed rapidly. The singer has a tattoo on his left hand in honor of his beloved woman, depicting Cheryl's eyes. Payne told fans on social media that his girlfriend was perfect; he had dreamed of Cheryl before he auditioned for the project.

Having started his solo career, Liam Payne pleased his fans with two singles. Both were released in 2017 and became hits. The song “Strip That Down” appeared in May, and the dance single "Get Low," featuring the Russian-German DJ Zedd, in July. He also shot the music video for the song.

Liam Payne’s career, as well as his personal life, is flourishing. At the end of 2016, it became known that the couple is expecting a child. In March 2017, 33-year-old Sheryl and 23-year-old Liam became parents. The singer reported about the happy event on her Instagram page when she posted a touching photo of Liam with a boy in his arms. The young mother wrote that the child was born healthy and "looks like a dream."

Before the birth of the baby, the couple did not know what name they would choose. And after the appearance of the first child, they looked at him for several days, looking for a suitable name. They named him Bear Gray Payne. The singer has already announced that a new tattoo will appear on his chest in honor of the child.

In June 2017, Liam Payne met the royal family. The One Direction star was invited to the Queen's Young Leaders Awards Ceremony at Buckingham Palace. The vocalist met Queen Elizabeth II and Prince Harry.