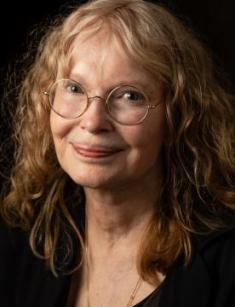 The Hollywood actress Mia Farrow has collaborated with many great masters: Roman Polanski, Peter Yates, Robert Altman, and Francis Ford Coppola. She has appeared in more than 50 movies and received many prizes, including the Golden Globe and the nomination for BAFTA. However, the majority of people know her as the third wife of the singer Frank Sinatra and the long-time partner of the director Woody Allen. Besides, the woman is a UNICEF Goodwill Ambassador and a loving mother of 14 children.

María de Lourdes Villiers Farrow was born in Los Angeles on February 9, 1945. The girl’s father was a famous American cinematographer John Farrow and the Irish star of MGM and 20th Century Fox Maureen O’Sullivan. Little Mia grew up with three sisters and three brothers; the director George Cukor and the columnist Louella Parsons were her godparents.

The girl’s life was connected to cinematography; she debuted on the screen in 1947. The mother, who was a faithful Catholic, sent her daughter to a parochial school, where nine-year-old María got sick with polio and spent three weeks in an isolation.

When Farrow grew up, she continued her education in Spain under her father’s guidance. Soon, the family moved to England and settled in Surrey for a while. At the beginning of the 1960s, the would-be actress returned to the United States; separated from her parents, she started her career as a model.

Mia’s youth happened in the mid-1960s. She attended various auditions and had extra and episodic parts; the dramas Guns at Batasi, A Dandy in Aspic, Johnny Belinda, and the ABC’s prime-time series Peyton Place were the most popular projects of that time.

In 1968, the French-Polish director Roman Polanski recognized Farrow’s talent and gave her the lead part in the iconic thriller Rosemary’s Baby. The movie brought The David di Donatello Awards for Best Foreign Actress and a nomination for the Golden Globe.

Such success let the short-haired beauty select only interesting projects. She rejected the offer to play in the western True Grit because of Henry Hathaway’s unsavory reputation and preferred to join the cast of Secret Ceremony. She also co-starred with Dustin Hoffman in the romantic melodrama John and Mary.

In the 1970s, Farrow tried herself as a theater actress; she was the first American to play in Royal Shakespeare Company, and her Joan of Arc was fascinating. Further on, Mia took part in the British horror See No Evil, the romantic story Dr. Popaul, and the black comedy Goodbye, Raggedy Ann.

A little bit later, the artist worked on The Great Gatsby, the commercially successful screen adaptation of F. Scott Fitzgerald’s novel with Robert Redford, and joined the Aldwych Theater to play in The Zykovs and The Marrying of Ann Leete.

The early 1980s brought the meeting with the American director Woody Allen; Mia Farrow became his muse and star for a long time. This period was heralded by many masterpieces: Radio Days, Another Woman, The Purple Rose of Cairo, and Crimes and Misdemeanors. Husbands and Wives and Shadows and Fog became their last collaboration projects.

Farrow has never lacked men’s attention; her closest relationships were with artistic figures. In 1966, she married the 50-year-old icon of millions, Frank Sinatra: she could not say “no” to the charming, blue-eyed singer.

The couple divorced because of an age difference. In 1970, the second wedding ceremony followed: Mia Farrow married the conductor André Previn who lived in Germany and had Russian and Jewish roots. They had three children together: the sons Sascha, Matthew, and Fletcher; the Asian girls Summer Song, Lark Song, and Soon-Yi were adopted.

The spouses split up because of a passionate romance with the Swedish cinematographer Sven Nykvist. Soon, the actress started seeing another celebrity; Mia Farrow and Woody Allen had the son Ronan, as well as adopted children from Africa, India, Vietnam, and Korea. All of them received the stepmother’s second name officially.

Nowadays, the artist has left the movie industry: she does a lot of charity work and supports her children. Judging by recent photos on Instagram, the celebrity has met women living in active combat zones and looking for their sons and husbands in 2019.