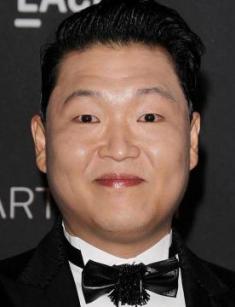 Perhaps, everybody has heard the popular dance song “Gangnam Style” performed by the Korean singer Psy. There were so many views of his video on YouTube that the hosting administration had to revise the view count settings.

Park Jae-sang was one of the Korean rich kids in Seoul. He was born at the end of 1977 into the family of an electronic company director. The boy attended a private school and enjoyed other privileges of a wealthy lifestyle.

Jae-sang was fond of American rap. The parents did not understand it and sent the son to the United States so that the young man would study business at Boston University and then use his knowledge to run his own company. However, Park Jae-sang had different plans. Six months later, he stopped attending classes and began to build his music career. He entered the Berklee College of Music, but his academic patience was limited to music synthesis and the basics of solfeggio. Soon, Psy came back home and started recording songs and uploading them on the Internet.

In 2001, Psy cheered up the Internet with the song “Bird” and the debuting album PSY from the PSYcho World! The sales of the following albums, Sa 2 and 3 PSY, were limited, though, because of their antisocial content. Only the song “Champion” was the exception: it was the unofficial anthem of the FIFA World Cup that took place in South Korea and Japan in 2002.

There was a decline in the singer’s career; fans began to forget him. Only concerts and festivals helped him stay more or less popular. The new singles “Beautiful Good-Byes”, “Father”, “RIGHT NOW”, and “We Are the One” did not bring much fame. The musician switched to producing and composing.

2012 was marked with the breakthrough: “Gangnam Style” had a billion views within 159 days and brought the singer more than $3.5 million. It was not only included in the Guinness World Records but also reached the top in the British and Billboard charts. The Koreans liked the dance so much that the monument picturing crossed arms appeared in Seoul in 2016. Neither citizens nor the musician appreciated it; tourists were excited, though.

During the MTV Europe Music Awards ceremony, Psy was as popular as other international celebrities: Lady Gaga, Rihanna, and Katy Perry. Even Madonna danced with the Korean artist.

The song had to say good-bye to its Guinness-record status only in summer 2017 when “See You Again” from Furious 7 surpassed it. Paul Walker’s character was leaving his friends while this song was playing.

Soon after the raucous hit, Psy presented the song “Gentleman” also known as “Assarabia” – this slang expression has no racial subtext and conveys overwhelming and strong emotions. However, the singer decided to change the title and lyrics to avoid double interpretations. The musician appeared at the presentation of the music video wearing white, and fans started buying clothes of the same color.

According to the artist, he used Korean folk dancing elements in his new choreography. The lyrics were created in Korean, but the English phrases “I am mother father gentleman” and “I am a party mafia” were included.

The collaboration work “Hangover” with Snoop Dogg became another record-breaking hit. It took a couple of days to film the funny video near the Korean airport. The song immediately topped Billboard. More than 300 million people watched the video; among them, 20 million of views took place on the first day.

In 2015, Psy presented the new album Chiljip PSY-da with the British pop singer Ed Sheeran and the American rapper and producer will.i.am. The music video to the lead song “DADDY” had more than 4 million views on the first day. The South-Korean singer and actress CL (Lee Chae-rin) participated there. In his peculiar manner, the songwriter showed why his appearance was so perfect. Some reviews were not positive: for example, critics from The Rolling Stone called the lyrics and the video stupid.

In May 2017, Psy posted to new music videos on his YouTube channel: “I Luv It” and “New Face”. The former starred the Japanese celebrity Pikotaro whose 45-second song about a pineapple, an apple, and a pen was named the shortest song and included into Guinness World Records. The hit topped the South Korean Gaon Digital Chart.

Both songs were presented in the singer’s new album 4x2=8; they got the first and second positions in Billboard + Twitter Trending 140.

Personal details are not something to share with the public in Asia, and not so many facts about the musician are known.

In 2003, Psy met the cello player Yoo Hye-yeon. Three years later, the couple married; the twins were born soon, but the happy father has not revealed their names or photos on Instagram or anywhere else. Today, Yoo Hye-yeon is her husband’s stylist. The family lives in the United States not far from Beverly Hills. Their mansion cost is estimated at more than $1 million.

Popularity can lead to some unexpected consequences sometimes. At the 2013 Cannes Film Festival, somebody visited social events as Psy. It could be the musician’s double from France, Denis Carre, but the rumors were not confirmed.

In 2012, Psy was going to participate in a charity concert held by the then president Barack Obama. However, the artist’s anti-American shows in his home country did not go unnoticed: he used to protest the presence of the US Army in Korea in 2002. The man explained it was “a deeply emotional reaction to the war in Iraq” and added: “I will forever be sorry for any pain I have caused anyone by those words”.

At the beginning of 2018, the media reported that Psy could give concerts in Pyongyang following the political unification tendencies in the country. The local star Hyon Song-wol was said to oppose the event.

In May, Psy finished his cooperation with YG Entertainment that helped him become an international star. The agency representatives emphasized the company respected Psy’s urge to achieve more and wished him much happiness; they also thanked fans for supporting the artist.