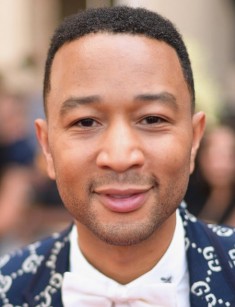 John Legend is an American singer, composer, songwriter, musical producer, and actor who was cooperating with such singers as Jay Z and Alicia Keys at the beginning of his stage career.

After the solo debut, the young man received 10 Grammy Awards and also was nominated for Academic Awards and Golden Globe Awards for the soundtrack to the picture Selma and Emmy Award for the role in the musical Jesus Christ Superstar. Legend has become one of fifteen persons who have awarded the most prestigious prizes in the show-business industry and entered the EGOT list.

John Roger Stephens who is known to the public under the name of John Legend was born on the 28th of December, 1978 in Springfield, in the State of Ohio, in a big family of Ronald Lamar Stephens and Phyllis Elaine Lloyd. John’s father was working at the International Harvester factory, and his mother was a seamstress and a dressmaker and sewed her orders at home.

In early childhood, Stephens lost his parents who died in the road accident and was brought by his grandmother. Since the age of four the boy was singing in the church choir, and by the age of seven, he has mastered the skills of playing the piano. In 1980 John began to attend the high school of Springfield. After the completion of this school, a couple of universities offered him grants.

Stephens has chosen the College of Pennsylvania higher educational institution where he began to study English language and Afro-American literature. When being a student, the young man was a frontman of the music band which performed in the style of a cappella. His vocal talents were noticed and appreciated, and John received the invitation to the record of Joan Osborne's composition under the title "One of Us."

At the university, Stephens met the soul singer Lauryn Hill who gave to the young talented performer a job of the sessional pianist to record a couple of compositions of the album "Everything Is Everything." Since that point, John began his music career.

Stephens started to give solo concerts in New York, Boston, Atlanta, and Washington, and at the same time, he was working on his albums. He sent his demo to the recording companies, and as a result, he was presented to the rapper Kanye West and concluded the contract with his label.

The well-known producer and hip-hop-singer felt the legendary sounds of the old school in John's compositions. Therefore he proposed him to take the pseudonym of Legend. In one of the interviews, the musician told that at first, he didn't like his name, but later he got used to it.

In 2004 the singer’s debut album "Get Lifted" was recorded and released at GOOD Music studios. This album was almost sold out in the United States. This disc took the 7th line in the Billboard 200 music chart. This album has gained recognition and appreciation of the music critics and even won Grammy Awards for Best R & B album. Legend received two more awards as Best Young Singer and Best R & B Vocal.

In October of 2006, after John had worked with the well-known musicians, he released the second album under the title of "Once Again." The disc appeared to be successful again. Therefore, it reached the 3rd position in the Billboard 200 charts. The composition "Heaven" received Grammy Awards in 2007.

In 2008 during the election campaign of Barack Obama Legend took part in the shooting of the video for the song "Yes We Can" in support of the future American president. Moreover, John Legend’s solo album "Evolver" came out.

On the 21st of September, 2010 in the USA there was released the album "Wake Up!", Which was the result of joint creative cooperation of John Legend together with The Roots band. For this album, the singer received three Grammy Awards in February of 2011. Moreover, the album was noted by two NAACP Image Awards for the outstanding album and best collaboration.

In 2011 Legend was accused of stealing music property f but the scandal was hushed up after the penalty payment out-of-court settlement. At the same time, the singer took part in the concert tours of the British Sade music band. During this tour, John announced the new album and performed a couple of new song on the stage of San Diego. Among these compositions there was the track "Tonight (Best You Ever Had)" which was chosen as a soundtrack to the movie Think Like a Man.

The album "Love in the Future" which was produced by Kanye West and Dave Tozer has achieved the leading positions in the music charts and has had a huge commercial success, and in 2014 the disc was nominated for Grammy Awards.

The song "All Of Me" has become especially popular and has become the third single of the album. This composition has reached the peak of the international Billboard Hot 100 music chart and occupied the first place for three weeks. By the results of the year the song "All Of Me" was considered as one of the most sold songs in Great Britain and the USA.

After the extreme success Legend in cooperation with the rapper, Common composed the song "Glory" which sounded in the Oscar-winning picture Selma. The track received the highest award of Academy of Motion Picture Arts and Sciences and then was recognized Best Song at Golden Globe Awards ceremony.

John has become a well-known singer who has taken part in many projects of other musicians. Meghan Trainor, Kelly Clarkson, David Guetta and other invited him to work together. In 2017 Legend recorded the duet together with the American actress and singer Ariana Grande. This composition has become a soundtrack to Disney's picture - Beauty and the Beast.

In 2016 John released his next studio album under the title "Darkness and Light" in which he continued his progressive cooperation with the rappers. The musicians Chance the Rapper, and Miguel got engaged in the recording of the title song of the album "Love Me Now."

In 2008 Legend had his debut as a movie actor. He got an episodic role in the picture in Blues Man directed by Malcolm D. Lee.

A year later John became one of the actors of the documentary project. People Speak among other eminent Americans who spoke about the vital topics for the country: equality and justice, the necessity of social changes, etc.

John Legend opened his music and producing skills on the screen in the television broadcast of the performance of the famous rock opera of Andrew Lloyd Webber - Jesus Christ Superstar which was premiered on the 8th of May, 2018. John played the leading role of the musical and received Emmy Awards. Sara Bareilles, Brandon Victor Dixon, Alice Cooper, and other actors also appeared in this movie.

In 2007 during the shooting of the video "Stereo" Legend got acquainted with his future spouse – the model Chrissy Teigen. In six years the couple got married on the bank of the Lake Como where their romantic relations had begun some time ago. During their wedding ceremony, there was premiered John's music video "All Of Me" which the singer dedicated to his beloved bride.

At present, John and Chrissy have two children. At first, Chrissy gave birth to their daughter Luna (2016), and two years later their son Miles Theodore was born (2018).

The spouses lead their joint account on Instagram where they show a little part of their personal life and publish photos of the memorable moments of their life.

At present Legend has finished his work on the album "A Legendary Christmas" which includes 14 tracks dedicated to the favorite winter holiday.

The singer gives concerts in New York clubs and the nearest future he plans to appear in the movie again. According to the preliminary information, he will take part in the thriller directed by James Salmon. The date of the premiere hasn’t been announced yet. 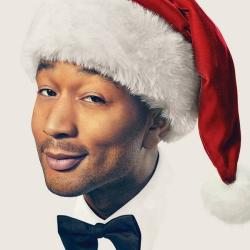