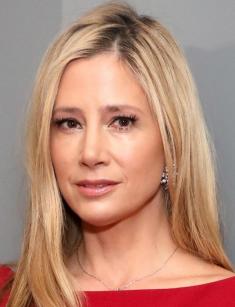 Born into the family of actors, Mira Sorvino did not plan to devote her life to acting: she dreamed of a career related to history and politics and studied these subjects at Harvard. However, life turned out to be different from dreams: fascinating Hollywood career, dozens of lead roles, the Academy Award and collaboration with iconic directors, short-term and bright romance with Quentin Tarantino, and happy motherhood.

Mira Katherine Sorvino was born on September 27, 1967, in New York into the family of actors Paul Sorvino and Lorraine Davis. The girl’s father came from Sicilia: he went to the United States after the war. He succeeded in the 1990s when he appeared in Martin Scorsese’s Goodfellas. Lorraine did not have time to become famous: she married and brought up three children: Mira, Amanda, and Michael.

The kids spent their childhood in the family house in Tenafly, New Jersey. Mira was the father’s favorite. He often took his daughter to a movie set; the girl would never tell the mother that the actor had had a drink of whiskey with his colleagues. One day, the pretty girl was noticed: she played in a small episode. It happened in 1982.

The would-be actress attended the prestigious Dwight-Englewood School and participated in school performances. Besides, Mira and her close friend Hope Davis (who also became an actress) staged plays on their own.

The father provided his daughter with the best education. Young Mira was interested in politics and went to Harvard to study Sinology and the Chinese language. When the 20-year-old woman came home on vacation, the parents told her about their divorce. It was a severe blow for Mira: she could not stand the idea that her family no longer existed.

Fortunately, the change of scenery helped the future star: in the middle of 1988, Mira went to China for an internship as a talented student. She collected the information for her thesis paper and taught Chinese students English. It was a kind of happy period.

Sorvino was so keen on her new life that she decided to move to Beijing and work as a teacher. However, the disturbance on June 4, 1989, made her reconsider the plans.

Mira graduated from Harvard and took any job she could: she worked as a waitress and appeared in commercials to avoid taking money from her father. One day, she took acting classes and finally realized what she was going to devote her life to.

The father was furious: he did not want his daughter to be an actress. Mira went to many auditions. In 1992, she gained the role in the series Swans Crossing. The next year, the director Rob Weiss offered the beginning artist the lead role in the movie Amongst Friends. Enthusiastic and full of energy, Mira became a producer’s assistant as well.

Charismatic Sorvino filled every movie with her charm; many directors noticed her. In 1994, she played a Spanish translator in the comedy Barcelona. The same year, Robert Redford personally invited the young actress to his Quiz Show. The movie was a success and got the Academy Award nomination.

It was Mira’s first victory. Many bright projects followed in 1995: Sweet Nothing, Blue in the Face, and Mighty Aphrodite. The latter project created by Woody Allen brought the artist the prestigious prizes: the Academy Awards and Golden Globe.

The woman personified a prostitute Linda Ash, the biological mother of Max adopted by the main character Lenny (Woody Allen). Linda and Lenny get close, but the man remains loyal to his marriage. Linda keeps secret that she has a child from him. There were many positive reviews on this witty, reassuring comedy; it became the must-have of festivals. The movie was premiered in all big cities of the world.

The comedy Romy and Michele's High School Reunion was the next hit in the artist’s filmography. Mira Sorvino and Lisa Kudrow personified glamorous blondes looking for adventures. The movie was successful and grossed $30 million.

In 1998, Mira used her advanced Chinese knowledge: she co-starred with the Chinese actor Chow Yun-fat in the action movie The Replacement Killers. It was the actor’s debut in Hollywood; he did not speak English and felt awkward. Mira turned out to be the savior for him, as well as the director. They played a criminal duet, a killer and a fraud, who were hiding from the mafia’s hired guns.

Two years later, the artist personified light-minded Daisy Buchanan in the TV movie The Great Gatsby. Since that moment, she has become a frequent TV actress.

In 2005, Sorvino participated in the mini-series Human Trafficking about victims of such crimes. The role of the young Russian woman Kate Morozov brought the actress the Golden Globe. In 2008, Mira participated in an episode of House.

As a social activist, Mira pays much attention to social problems raised in movies. In 2012, she appeared in another movie related to human trafficking, the drama Trade of Innocents. Mira Sorvino and Dermot Mulroney played a couple whose child has been kidnapped.

The 2015 drama Chloe and Theo is one of the brightest recent projects if the actress; it is the story about the ecological catastrophe threat. The same year, the thriller Exposed about a young woman sexually molested in her childhood came out.

Many fans are interested in the actress’s personal life. The woman married at 37. Before that, she had many romances; the relationship with Quentin Tarantino was the most notable among them. The beautiful, successful celebrities met in 1996 when both were showered in fame after the Academy Awards.

Quentin offered Mira to spend a week in Paris together. It was unforgettable, even though journalists were following every step of the lovers. Mira was in love. The director and the actress dated for three years. Everything seemed to be going to the marriage, but Quentin rejected this idea: he said he was married to his work.

Mira could not stand that attitude and broke up with him. Later on, she dated the actors and Willem Dafoe. The woman could not find a close person and felt desperate. Finally, she met her future husband, the actor Christopher Backus, who was 14 years younger than Sorvino. However, the couple was not uncomfortable by this age gap: in 2004, the lovers married.

Four children have been born in this happy family: Mattea Angel (2004), Johnny Christopher King (2006), Holden Paul Terry (2009), and Lucia (2012). Although the actress has given birth to many kids, she looks fit in the Instagram pictures in a swimsuit.

In 2018, Mira Sorvino started working on the spy series Condor.

The actress plays a high-ranking CIA bureaucrat Marty Ross. The second season of the project will appear in 2019. 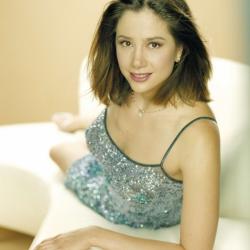