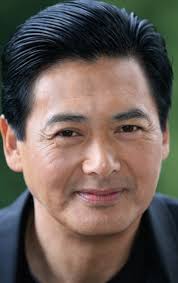 Chow Yun-fat is an outstanding representative of Asian cinema in Hollywood. His participation in the film is always indicative of a top quality project, be it an action film, in which he usually plays, or comedy, or historical drama.

After becoming famous for his roles in John Woo’s action movies (The Killer, Hard Boiled), Yun-fat won the hearts of Western viewers. He starred in dozens of Hollywood films and became so rich that in his homeland he is called the "Emperor of the Asian treasury."

Chow Yun-fat was born on May 18, 1955, in Lamma Island, Hong Kong. His father worked on an oil tanker. The mother kept the farm, where four children helped her.

The boy’s childhood was not impressive. He got up when a rooster crowed, fed the animals, helped his mother to sell Chinese Dim Sum cakes, and only then went to school. He came back and worked again. The boy often went to the garden to weed.

When Chow was ten years old, the family moved to Hong Kong. Life in the city turned out to be expensive, and at the age of 17, Yun-fat dropped out of school to help support the family by doing odd jobs including bellboy, courier, etc. When he looked for a job once again, Chow came across the advertisement about the audition on the TVB channel.

The charming, chubby boy was cast successfully and even got a bit part, for which the young amateur actor was paid so much that he decided to pursue an acting career. But when he began attending auditions of casting agencies and television studios, Chow realized that it would be difficult to succeed without proper education, and enrolled in the acting classes.

After completing the courses in 1973, Yun-fat signed a 14-year contract with the TV channel. During this time, he played in hundreds of television episodes and almost 50 films, starring mostly in comedies and melodramas.

“People used to see me every day on TV screens. Therefore, they did not want to buy cinema tickets to see me again on the big screen. Therefore, I have long been the most unsuccessful actor in the world, and they even called me "a rating killer,” the actor laughs.

The situation changed in the mid-80s. It was a turning point in the actor’s biography. First, in 1984, the actor won the prestigious Golden Horse Award for the fantastic acting in the film Hong Kong 1941.

Secondly, in 1986, John Woo, the famous director in Hong Kong, invited the actor to play in his film. In the gangster thriller A Better Tomorrow, Yun-fat played mafioso Mark Lee, who was killed by his brothers-in-arms.

The stunning success of the movie made the actor very famous in his homeland. But this success was also a chance to get rid of the role of a heartthrob, which had become associated with the man.

In general, acquaintance with Woo was the actor’s golden ticket, which appeared once in a lifetime. Their collaboration created the most prominent action films of in Asian cinema.

In 1987, John shot the sequel A Better Tomorrow 2, in which Yun-fat played the twin brother of Mark, who was killed in the first part. It was followed by the crime drama The Killer (1989), A Better Tomorrow 3 and Hard Boiled (1992).

During this period, Chow also starred in Wong Jing’s films God of Gamblers (1989) and God of Gamblers Returns (1994) which made the actor even more popular with viewers.

In the late 1990s, Chow Yun-fat followed John Woo to conquer Hollywood. He made his debut in the Dream Factory in Antoine Fuqua’s film The Replacement Killers, in which the Chinese actor played a noble killer together with Oscar-winning Mira Sorvino. The shooting became a real test for the debutant who did not know English. Fortunately, Mira knew the Chinese language and helped the colleague from Asia on the set.

The actor was lucky to meet great partners during his career. He played with brilliant Jodie Foster in the melodrama Anna and the King (1999), with beautiful Michelle Yeoh in the fantasy action movie Crouching Tiger, Hidden Dragon (2000), with model and actress Jaime King in the fantasy movie Bulletproof Monk.

In 2007, Chow Yun-fat appeared in the third installment of the adventure series Pirates of the Caribbean: At World's End, playing unusual Pirate Lord of the South China Sea, Sao Feng. The invitation to the expensive Hollywood project became a kind of acknowledgment of the Chinese actor’s status and skills, although he made his debut in American cinema only ten years ago.

Now Chow is a real Hollywood star, but America has never been his home. The actor still lives in Hong Kong, arriving in California only for filming and for business negotiations. However, he does not often travel, filming mainly in his homeland.

The actor’s roles are not so diverse as was formerly the case because he is not young anymore. In 2018 he turned 63, and nowadays, his roles include mostly historical characters. In 2009, the master played Confucius in the drama of Chinese director Hu Mei. In 2012, Yun-fat appeared in an epic Assassin film The Assassins narrating the last years of the Han dynasty.

From 2014 to 2016, Mr. Chow starred in three parts of the brilliant crime comedy From Vegas to Macau, playing the legendary gambler and trickster, Ken Chun.

In total, the filmography of the Chinese actor includes over 100 movies.

Despite the success, fame, and status of one of People magazine's “50 Most Beautiful People in the World”, the personal life of the famous actor has not always been happy.

In 1976, 21-year-old Yun-fat fell in love with actress Candice Yu, and the young people met on the set of the film Massage Girls. However, the actor ended this long relationship, because he fell in love with another woman passionately. Moreover, beautiful actress Idy Chan liked Chow too.

However, Yun-fat's mother did not consent to the marriage because she did not like the too emancipated daughter-in-law. The woman was strong and dominant, and she always remained an authority for her son and influenced every critical decision. But her favorite son loved the young woman so much that he seemed ready even to disobey. However, the wedding was not destined to take place because Idy thought about the future with the unsuccessful actor and left Yun-fat after five years of relationship.

That same evening, he drank bathroom cleaner chemicals. The mother found her son on the floor and called an ambulance in time. When he left the hospital, the actor made Candice a marriage proposal in his mother's despite. For all the good it did them, the young people broke up six months later.

The second marriage of the artist was strong and harmonious. A year after the divorce, the bachelor met a native of Singapore and a daughter of a wealthy businessman, Jasmine Tan. She did not look like the Asian actresses who were always flirtatious and ceremonious. The young woman radiated order and efficiency. Yun-fat liked it. Soon the wedding of the most eligible bachelor in Asia and his bellowed woman took place. Photos of newlyweds appeared on the covers of all Hong Kong newspapers and magazines. Jasmine has become the muse, manager, and financier of her husband.

The couple has been living together since 1986, and only one cloud, which has eventually become a thundercloud, looms in the sky of their family happiness. Unfortunately, the couple has no children. Once his wife had a hard time after a miscarriage and no longer wanted to experience this pain.

So, Chow Yun-fat plans to give his entire fortune ($ 714 million) to charity. The star actor said he does not need huge funds and spends just over $ 100 a month.

“The most difficult thing in life is not to earn as much money as possible, but to maintain a peaceful way of thinking and live a simple and carefree life,” the star admits.

In 2018, the actor appeared in the film Project Gutenberg, and the continuation of the action movie Cold War III is scheduled to premiere in 2019. 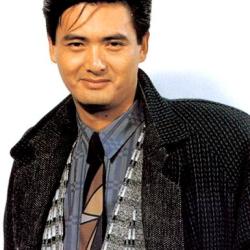