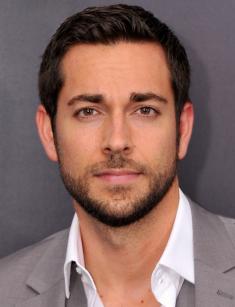 The image of this actor is steadily associated with the smile, positive and cheerful mood. The star of the youth comedies Less Than Perfect, Chuck, Alvin and the Chipmunks: The Road Chip considerably enlarged his army of the admirers, after he had appeared in the role Fandral in the superheroic fighters about the adventures of the Scandinavian god Thor. And in 2019 the actor is expected to enrich his filmography with the most star role of the superhero Shazam! in the same-name picture based on the Marvel Universe comics.

Zachary Levi Pugh was born on the 29th of September of 1980 in the town of Lake Charles in Louisiana State. The boy’s parents are Susan and Darrell Pugh. The boy has a multiethnic background; he has English, French, German, Irish, Scottish and Welsh roots.

Despite the rumors, the young man doesn't have a Jewish background. The fact was when the guy began his career in Hollywood, he took the second name Levi (it sounds very similar to the Jewish name) as his surname, having refused his Welsh surname Pugh. This happened because the experienced agent told him that with such a surname he wouldn't manage to achieve great success in Hollywood.

Zachary grew up with his two sisters –the elder Sarah and younger Shekinah. The childhood of the children was marked with frequent relocations from one place to another until the family finally settled in California. At the age of six, the artistic boy began to attend Buena High School and started to perform in children plays.

During his young years, the boy took part in the plays The Wizard of Oz, Oklahoma!, Oliver!, and others. And after the role of Jesus Christ in the play "Ojai’s Godspell" the agents from Hollywood noticed the young man. This role became significant for the young man: at the age of eighteen he began to visit the church to deal with his inner problems, and in a short time he entered the ranks of exemplary Christian evangelists.

In 2002 Zachary had his debut in the youth series Big Shot: Confessions of a Campus Bookie in the role of Adam. Then the guy received the role in the series Less than Perfect about the routine of the news TV company. The actor was included to the main cast and was entrusted with the role of Kipp Steadman – an arrogant and haughty employee of the magazine who was spoiling the life of the leading character Claudia all the time. Levi has managed to stay in this project for four seasons, and during this time millions of TV viewers fell in love with him.

The actor left the show because he received the offer to appear in the movie. Zachary got the role in the flashing comedy under the title Big Momma's House 2 featuring Martin Lawrence (Malcolm Turner) in the major role. The beginning actor performed the role of FBI agent Kevin Keneally, the unfortunate Turner’s assistant. The comedy earned more than $138 million in the hire and brought Levi great popularity on the big screen.

Since that time Zachary proved himself as an excellent supporting actor. In 2007 he debuted in the serious thriller genre. His character Berkeley in the picture Spiral is the director of the insurance company. Under Berkeley's leadership, there is working a strange guy Mason whose passion is to paint portraits of beautiful girls. In this project, Zachary also appeared as a co-author of the script.

The same year brought to the actor the second large TV project – the series Chuck. Chuck Bartowski is a central character of the story; he is an average loser who was expelled from the university and who was left by his girlfriend. But once the agents incorporate the Intersect supercomputer in his brain, and Chuck becomes the international spy with unique abilities.

The series was successfully broadcast on TV during five seasons and made all the young artists engaged in the series the real stars: Yvonne Strahovski, Adam Baldwin, Joshua Gomez, Sarah Lancaster, and others.

While working on the movie set of the series Chuck, Zachary took part in other projects as well. In 2008 the guy appeared in the melodrama Shades of Ray directed by the Pakistani Jaffar Mahmood. The movie reveals the subject of international relations and marriages. Ray, who was born in the family of American mother and Pakistan father can’t define his national spirit, but the help comes with the girl the same half-blooded, like him.

Next year Levi took part in the new star role in the comedy Alvin and the Chipmunks: The Squeakquel. This movie tells about the continuation of the adventures of the chipmunks who are the soloists of the music band – Alvin, Simon, and Theodore. But in this part, their trustee Dave was taken to the hospital and his nephew Toby performed by Zachary had to take care of them. Mainly, this movie received negative reviews from the critics what didn’t prevent it from earning more than $400 million in a hire.

After the debut in the voicing (the actor voiced-over Flynn Rider in both parts of the animated series Tangled) the actor, at last, received the long-awaited role. Even before the start of the first movie about the Scandinavian god Thor, Zachary auditioned for the role of Fandral, though Joshua Dallas was approved for this role instead of him.

In 2013 when the director Alan Taylor began to work on the screen adaptation of the second part of Thor’s legend, Dallas couldn’t take part in it because of his busy working schedule on Once Upon a Time. That’s why Zachary received the role. Fandral, who is an adventurous warrior from Thor’s suite, turned out to be a real giant (the actor is 6′ 4′′ (193 cm) tall) and a charming, cheerful fellow. In 2017 the man again appeared in this role in the movie Thor: Ragnarok.

In 2018 there began the broadcast of the first season of the series The Marvelous Mrs. Maisel which tells the spectators the biographical story of the housewife Miriam Maisel (Rachel Brosnahan) who suddenly becomes interested in stand-up and achieves great success in this sphere. Zachary Levi performs not the leading role, but the episodic one of Dr. Benjamin Ettenberg who has romantic relations with Miriam.

The actor’s personal life is marked by the acquaintances and partings with different beautiful girls, and all of them –belong to the world of the movie industry and show business.

So, in 2007 the press wrote about the love affair of the actor with the singer Rachael Taylor. Later the guy had relations with the singer and actress Caitlin Crosby. Their relations lasted for two years, and the fans already anticipated their fast wedding. The actor got married but to another woman.

On the 14th of June, 2014 Zachary married the Canadian actress and former model called Missy Peregrym. Their cheerful wedding was held in Hawaii. Though the newlyweds were very happy during the first time, and on the wedding photos which were spread on the web, they were in euphoria at all, their marriage didn’t last for a long time. The couple filed for the divorce in 2015.

At present, the actor is looking forward to having new tied relations, and now he gives his love to his adored nephews, the photos with them can be often seen on the actor’s Instagram.

At present all the admirers of the screen version of the comics are looking forward to the premiere. In April of 2019, there will come out on the screen the world premiere of the superheroic fighter Shazam! About the boy who with the help of this magic word can transform into the mighty adult superhero.

Also, it has become known that the actor will join the second season of the series The Marvelous Mrs. Maisel. 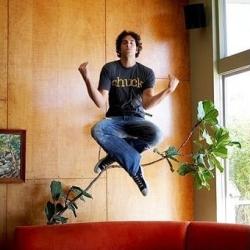