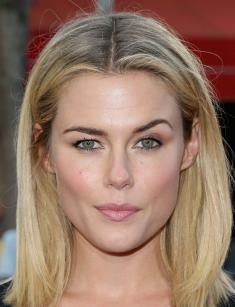 Rachael became interested in acting at the age of thirteen. It was when a new English literature teacher who came to work at her school, appeared in the life of Taylor. The teacher instilled a love for books in the talented student and taught her the basics of acting skills. It was him who advised the future Hollywood star to sign herself up for the school theater club, participating in which helped Taylor decide to choose an acting career.

In her youth, the performer signed a contract with a modeling agency. It is known that she even reached the final of the Tasmanian beauty pageant, Miss Teen. Making the first steps in the modeling business, the future actress moved to Sydney, graduated from high school early and began to combine photo shoots with studies at the University of Sydney. Even then, Taylor started to go to all sorts of auditions.

Rachael was invited to various television series and movies after the release of the biographical drama film The Mystery of Natalie Wood (2004), telling the story of the life of this popular American actress. In 2005, the documentary movie Dynasty: The Making of a Guilty Pleasure, based on the story of making the popular prime time soap opera of the 1980s, Dynasty, was added to Taylor's filmography.

The Australian television drama series Headland, on the set of which the actress worked together with Yvonne Strahovski, was on air for a brief period until it was canceled due to low ratings. The actress got her first leading female role in the Australian low-budget horror film called Man-Thing, which despite negative reviews, paid off the budget spent on the shooting.

In 2006, Taylor appeared in the horror movie directed by Gregory Dark See No Evil, and the following year, she got into the character of Maggie Madsen in the science fiction action film Transformers, starring Megan Fox, Josh Duhamel, and Jon Voight.

The year 2008 was marked by the release of the Bottle Shock, in which the actress starred together with Alan Rickman and Chris Pine. The film received positive reviews from critics, but the motion picture could not reach commercial success, as it was not made for the mass audience.

In the same year, Taylor played a significant role in the remake of the Thai horror movie of 2004, Shutter. At the heart of the plot of the picture is the story of newlyweds, who, looking at the photos after the accident, spot frightening ghostly figures on them. Fearing that all this may be interconnected, the couple is trying to unravel the nature of the mysterious phenomena for ninety minutes of timing tape.

Then there was a dry spell in Rachael's career. She appeared in the extras of the film Deception starring Ewan McGregor and Hugh Jackman, as well as featured in the short film Washingtonienne and the full-length drama film Cedar Boys.

In 2009, the actress, together with Thomas Middleditch, starred in the comedy film Splinterheads, and the British science fiction film, Ghost Machine. But none of these projects found a response in the hearts of viewers and critics. In 2011, the actress starred in eight episodes of the series Grey's Anatomy. In the film, she portrayed Dr. Lucy Fields.

After the first nine episodes of 666 Park Avenue, in which Taylor had a recurring role, the show's ratings crept down. As a result, the creators of the television series, the plot of which was built around a young couple who moved from a small town to New York, unaware that all the tenants of their house had sold their soul to Satan, produced only one season.

Another frankly unsuccessful project in Rachael's career was Russian-American horror film The Darkest Hour, which tells the story of four students from the States, who, in their misfortune, decided to visit Moscow at the very moment when aliens attacked the city.

In 2012, the actress starred in the Australian comedy film Any Questions for Ben? Together with charming Josh Lawson. Even though the film itself was sharply criticized, the performance of the leading actors was highly praised.

Rachael had a supporting role of a seducer Anne Morris in the thriller film The Loft (2014), telling the viewers the story of five womanizers, who got caught in an awkward situation. In the motion picture, together with Rachael, played Karl Urban, James Marsden, and Wentworth Miller.

In January of 2015, the actress got an invitation to play the role of Patricia "Trish" Walker in the television series A.K.A. Jessica Jones, produced by Marvel and Netflix network channel. The premiere took place in November of the same year. Rachael plays the role of the host of the radio talk show Trish Talk, who is also the best friend of the main character Jessica.

It is known that in the original comics Walker was called Hellcat, and she was in several well-known superhero teams, including the Avengers. In 2016-2017, the actress appeared in the science fiction film ARQ, the adventure motion picture Gold starring Matthew McConaughey and a short film called Wig Shop.

In 2007, there were rumors all over the Internet that the actress is in a relationship with comedian-actor Zachary Levi, but the gossip has not been confirmed. She was also said to have had a love affair with Taylor Kitsch, who, at one point, was dating the star of True Detective television series, Rachel McAdams. In 2008, the actress went out with American Jason Trawick, the agent of many famous personalities.

The relationship of lovers did not last long, and the next year Taylor switched to the Australian actor Matthew Newton, with whom she broke up after two years of living together because of the young man's drinking problem. In 2015, Taylor introduced her new boyfriend to the world, who turned out to be a Hollywood photographer named Mike Piscitelli, with whom the actress was in a serious relationship for more than two years.

In January 2016, the paparazzi at one of the events noticed a wedding ring on the ring finger of the actress, which Taylor stopped wearing after all the hype in the media. Now the personal life of the actress is covered in mystery. It remains a secret for the fans whether their favorite actress has a loved one or not.

Rachael Taylor has a net worth of $4 million. In August of 2017, the TV screens released a crossover mini-series The Defenders, based on the Marvel Comics, the main characters of which are Daredevil (Charlie Cox), Jessica Jones (Krysten Ritter), Luke Cage (Mike Colter) and Iron Fist (Finn Jones). In the film, Taylor again played Jessica's best friend, Patricia "Trish" Walker.

Also, fans were able to see their favorite actress in the film by Mark Steven Johnson, Finding Steve McQueen, which was released at the end of 2018. At the heart of the plot of the film is the story of a criminal gang from the city of Youngstown, which in 1972 masterfully pulled off an unprecedented criminal operation, stealing $ 30 million from a secret fund of the President of America. The movie's cast also features Travis Fimmel, William Fichtner, Forest Whitaker, and Lily Rabe.

Despite the tight schedule, the famous actress does not forget about her fans. On her Instagram account, Rachael regularly posts photos from the shooting, as well as video clips from her holidays. It is worth noting that social media is not the only resource that tells moviegoers about the latest news from the life of this famous Australian. Information related to the creative biography of this Hollywood star is also often published on various websites and in printed issues.