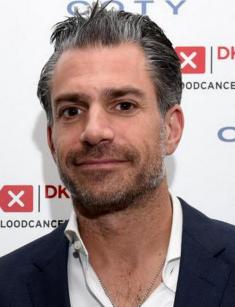 Until recent time, the name of Christian Carino was generally known to the public in the world of celebrities as a talented star agent whose brightest protegee is a scandalous pop star Lady Gaga. However, in 2017 these relations have transformed from business into the romantic relationship what has made Carino the newsmaker number one in the tabloids where there appeared a number of the headings "Who is this Mr. Carino?". And the journalists had to take efforts to find the details of his biography.

Christian Carino was born on the 4th of June, 1969 in Westlake, California. Nothing more is known about the man’s background. Judging by his surname, Carino has Italian roots as well as his bride. But the sources, including Dreshare website, note that he is American who has Caucasian roots.

On the web, there is no information about Christian's parents, his brothers or sisters. On one of the websites, it's noted that Carino received his education in the sphere of informatics.

What about the activities and job of Christian Carino, he can be called a "manager of talents. " He is a producer or director, what means he is a person who handles all celebrity’s cases: creativity, finances, promotion, etc.

It’s unknown when Carino has come to the world of show business. According to the fact that he has a considerable and impressive list of the clients, the man is engaged in this business for a long time, and he is successful in this sphere. Carino is an employee of "Creative Artists Agency" which is situated in Los Angeles. The agency promotes the stars of the first magnitude, so-called "A-list."

Except for Lady Gaga, the agent has worked with the following singers - Miley Cyrus, Justin Bieber, Harry Styles, Christina Aguilera, Britney Spears, Bruno Mars and Jennifer Lopez, and with the artists - Johnny Depp, Reese Witherspoon, and Amber Heard. The manager has made friends with many celebrities. Carino is on friendly terms with the famous designer Tommy Hilfiger.

The man is also known for his active charitable work, and he takes part in many events of this direction, including the fact that he supports DKMS program against the blood cancer.

Christian Carino was married once. The star manager was married to the TV host of CNN channel called Brooke Baldwin. The spouses lived in marriage from 1997 till 2013, but they officially broke up in 2015 when the woman filed for the divorce. In 2017 the court obliged Carino to pay $20 thousand monthly till 2023 for children's maintenance of his two daughters - Isabella and Lola.

After the divorce, the handsome bachelor didn’t stay lonely for a long time. There were a lot of rumors about the personal life of the agent. These rumors were about the relationships of Christian with the actresses Amber Heard and Lauren Cohan – the star of the series The Walking Dead. It became known that the Christian had relations with Lauren after the paparazzi had captured them together at the hockey match in New York.

After the break-up with Lauren, Christian began to be noticed together with his protégée Lady Gaga. For the first time, the lovely talking couple was seen in the Californian town of Inglewood at the concert of Kings of Leon at the beginning of 2017. By that time Lady Gaga broke up with the actor and model Taylor Kinney and by hearsay was had a love affair with Bradley Cooper.

Later, the lovers were noticed embracing each other at the impressive performance of Lady Gaga in the final of Super Bowl - 2017. Since then the paparazzi captured them more than once, but the couple decided not to comment on their relations at all.

It became obvious that it was something more serious between the singer and her manager than a petty intrigue when the photos from the pop star’s birthday have spread all over the world. On the 28th of March, Gaga and Carino had guests in Los Angeles Gjelina restaurant in Venice Beach. Johnny Depp and Elton John became the star guests of the couple. Earlier, the young people were invited to the anniversary of the British singer.

During all the summer paparazzi tried to capture the couple with their cameras while young people were having their joint vacation. Rumor has it, then the young man proposed to his beloved woman, and they celebrated their proposal as judging by the facts the events of the fall began to gain momentum. The girl appeared in public with a magnificent ring with a pink diamond. And Christian made a tattoo with the singer’s portrait on his hand. In October of 2017 Lady Gaga for the first time published her joint photo with her boyfriend on Instagram and signed it with a tender declaration of love.

Grammy Awards ceremony in January of 2018 set the record straight. Gaga and Carino who were walking on the red carpet separately already didn’t pose before the photographers embracing each other. And behind the scenes, they were kissing all the time anybody without noticing other people around. Even the haters of the singer have noticed the beauty and harmony in the appearance of the couple. Carino, who is eighteen years older than his beloved woman is a very handsome man: the brown-eyed man with hazel eyes is of medium height (175 cm), that is rather opportunely for tiny Gaga (she is 155 cm tall).

The fans were looking forward to the forthcoming wedding. Though the couple didn’t hurry to hold the celebrations: they traveled around the world, trying to combine the concert tours and relax, they attended star parties and attracted the attention of paparazzi. Later it became known that the wedding was postponed because of the singer's health problems.

The singer was diagnosed with fibromyalgia. This disease is characterized by musculoskeletal pain, chronic fatigue, and sleep disorders. During a long time, the singer received necessary treatment. In October of 2018, the singer during the speech on the action of Women in Hollywood officially confirmed that she would get married to Christian soon.

At present, the future spouse of the popular singer is busy with wedding preparations. There is still no information about the place and date of the celebration. But, knowing about the fancy of the singer for special effects, it’s possible to guess that their wedding will be unforgettable. So far the lovers spend a lot of time together. Rumor has it that Lady Gaga wants very much to become closer with Christian's daughters as they soon will become one family. 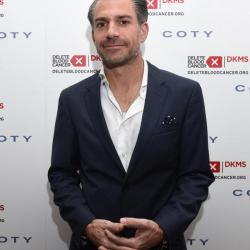