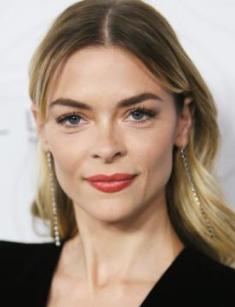 Jaime King became a popular actress after she had built a successful modeling career. In the 1990s, the woman used to be the spokesperson for Chanel, Alexander McQueen, Christian Dior. She took up acting in the early 2000s and started with Pearl Harbor; she strengthened her positions with Robert Rodriguez’s Sin City. Today, the artist has dozens of roles in her filmography; the audience remembers her for the role of Lemon Breeland in Hart of Dixie.

Jaime King was born on April 23, 1979, in a suburban area of Omaha, Nebraska, into the family of Robert and Nancy King; the mother used to be a beauty queen. There were four kids in the family. The parents chose to name the middle daughter after the character of the series The Bionic Woman, Jaime Sommers.

The parents divorced in 1994, and the financial situation worsened. Little Jaime had already taken up modeling at Nancy Bounds Studios and began to earn the first money. One day, the agent Michael Flutie noticed the promising young woman at a runway and recommended her to go to New York to develop her career.

Jaime left school in 1995 and moved to the international fashion center. Later, she resumed her education and joined a home-school program by the University of Nebraska.

The young model had a test photo shoot in New York and succeeded; she signed a contract with an agency. As it turned out, the model named Jaime Rishar worked there; Jaime used the name “James King” at that period and started her Hollywood career.

King worked hard and participated in campaigns organized by the biggest fashion houses, such as Chanel and Dior. Her pictures appeared on covers of Vogue Mademoiselle, Seventeen, Glamour, and Harper’s Bazaar. In 1998, she co-hosted House of Style on MTV with Rebecca Romijn. The next year, she was included in the top of Maxim’s sexiest women; she got the 16th position.

As soon as Jaime appeared on the TV screen, producers took an interest in her. 2001 brought the bright movie debut. She was invited to play Pixel in Daniel Waters’s Happy Campers; it was as easy as pie. The following crime drama Blow was more challenging; the woman personified Kristina, the daughter of a drug dealer (Johnny Depp).

Soon, the actress got the role of Nurse Betty Bayer in Michael Bay’s military drama Pearl Harbor. While the broad audience probably missed the shy girl on the background, producers and directors appreciated her abilities and impressive looks.

To get the role, the actress had to go to five auditions, including physical training tests: she had to perform the majority of tricks on her own. Although the movie failed and received unfavorable reviews, it was nominated for Teen Choice Awards.

In 2004, King participated in the comedy White Chicks, the parody on the socialites Paris and Nicky Hilton. The project provoked a lot of criticism and had five Razzie (the Golden Raspberry analog) nominations.

The new misfortune discouraged the artist. She switched to television and appeared in an episode of The O.C. and 13 episodes of Kitchen Confidential with Bradley Cooper.

Robert Rodriguez was a fan of Jaime’s talent and invited her to Sin City (2005); she personified the twins Goldie and Wendy in the novella “The Hard Goodbye”. The project was a tremendous success and grossed more than $158 million; it won the Technical Grand Prize at the Cannes Film Festival. Finally, Jaime earned the long-awaited public recognition.

The epoch of big and bright roles began. In 2005, King co-starred with Al Pacino and Matthew McConaughey in the crime drama Two for the Money and participated in the comedy Cheaper by the Dozen 2 with Steve Martin and Carmen Electra. She also joined the cast of the thriller True True Lie (2006), David Arquette’s horror The Tripper (2006), The Spirit (2008), and My Bloody Valentine 3D (2009). In 2011, Jaime started working on the largest project of her filmography: Hart of Dixie.

King has not forgotten modeling: she takes part in photo shoots when she is not busy with Hollywood projects. Although the woman is not so young, she is fit and attractive; her pictures in a swimsuit are often published. Besides, the actress is involved in music videos. In 2012, she appeared in the controversial music video “Summertime sadness” created by her friend, the singer Lana Del Rey: as the story ran, both characters committed suicide.

In 2014, King came back to the sequel of Sin City and personified the same prostitute twins; however, the project was not as successful as the first part. When Jaime married the director Kyle Newman, she began to appear in his works: for instance, she played in the 2015 comedy action Barely Lethal.

The fashion photographer Davide Sorrenti was the model’s first boyfriend. He died at the age of 21: the man took heroin and got a kidney disease. Jaime also took the drug for several years but managed to give it up after a long rehab course.

The actress has had many romances, and not all of them are known. 21-year-old Jaime used to date the rock musician Kid Rock for a while; two years later, she became the girlfriend of The Fast and the Furious star Paul Walker who died in 2013.

In 2005, the artist met the director Kyle Newman at the movie set of Fanboys. The workplace romance evolved in a significant relationship; the couple married in 2007.

The model has 15 tattoos some of which are devoted to her kids. The celebrity does not keep her personal life secret: her Instagram page contains many family pictures and screenshots from new projects.

In 2018, the artist had a cameo role in the popular action Ocean’s 8 and participated in the thriller Escape Plan 2: Hades; the third part of the movie, Escape Plan: The Extractors, was premiered in summer 2019.