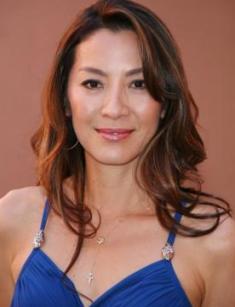 Actress Michelle Yeoh was born on August 6, 1962, in the Malaysian city of Ipoh. The girl's parents are Chinese; her father was a lawyer, and her mother was a homemaker.

In childhood, Michelle was active and flexible, and she loved to dance in front of a mirror. When she was four years old, the parents enrolled their daughter in a ballet school. A significant part of Michelle's life is associated with ballet.

When Yeoh was 15 years old, the girl and her parents moved to London, where she studied at a specialized boarding school, after which she entered the Royal Academy of Dance. The girl dreamed of becoming the prima ballerina, but the injury prevented this dream from coming true. Yeoh seriously injured her back, and doctors forbade the girl to practice ballet. Then Michelle tried her hand at choreography because the work allowed her to be close to the stage.

When Michelle was 21 years old, her mother sent the daughter's documents to the qualifying round of the Miss Malaysia beauty pageant. The girl was cast for the project; moreover, Yeoh won the title of Miss Malaysia and represented the country at the Miss World 1983 pageant. There, Chinese producers paid attention to the beautiful lady, and soon Michelle Yeoh was invited to shoot in an advertisement for watches. Jackie Chan became her partner in the commercial; the girl impressed the actor so much that he allowed Michelle to perform his stunts, which had never happened before.

After the release of the commercial, Yeoh was invited to the new project of the production company, D&B Group.

Yeoh made her movie debut in the film The Owl vs Bombo, which was shot in 1984. The girl played a teacher. In 1985, the actress got a supporting role in the comedy Twinkle, Twinkle Lucky Stars. This work was followed by the leading role in the movie Yes, Madam. The action film had many difficult tricks that Michelle performed on her own. In Malaysia, such movies were not popular, but they were successful in Western countries.

Despite a large number of action movies in the filmography of the actress, Michelle Yeoh has never practiced martial arts professionally. While creating the image, she relied on dancing skills and training sessions.

Later, the actress took a career break; the woman returned to the film industry in 1993. During this period, the actress’s credentials included the roles in the movies Twin Warriors, Once a Cop, Holy Weapon. The woman played a leading role in the adventure movie Wing Chun. Michelle’s filmography also added the movies Wonder Seven, The Stunt Woman, The Soong Sisters.

At the end of the 90s, Western producers and directors already knew Michelle Yeoh well, so in 1997 she was offered to play in the adventure film Tomorrow Never Dies about intelligence agent James Bond. The actress was lucky to work on the same set with such Hollywood stars as Pierce Brosnan and Teri Hatcher. The actress appeared as Wai Lin, Colonel of the Chinese People's External Security Force. Yeoh played without an understudy in all the fighting scenes. The actress was nominated for the MTV Movie Award for Best Fight.

Yeoh’s income for filming in the project was also impressive as the woman earned $ 2.5 million. The popularity of the Malaysian actress in the West was gaining momentum. Michelle Yeoh was chosen by People Magazine as one of the "50 Most Beautiful People in the World".

Yeoh achieved the high point of her career in 2000 when the actress played in the movie Crouching Tiger, Hidden Dragon. This movie won four Academy Awards, and Michelle Yeoh received a nomination for the BAFTA and Saturn Awards.

The actress was invited to star in The Matrix, but Michelle refused, which she later regretted more than once. At that time, Yeoh was working on the project The Touch, which was shot by her studio. The actress appeared in the title role in this movie, but the action movie did not become popular. Then there was another failure, after which Michelle stopped producing movies and focused on acting.

In 2005, the actress landed the role of geisha Mameha in Rob Marshall’s drama Memoirs of a Geisha. Michelle’s heroine teaches a young girl, Chiyo (Ziyi Zhang), all the peculiarities of the profession. In Asia, the movie received negative reviews. In Japan, the creators were criticized for inaccurate information regarding cultural characteristics, and in China, they were outraged that the Chinese women played girls of easy virtue. Nevertheless, the movie was awarded three Academy Awards, three BAFTA Awards, and other significant prizes.

Besides working in the Chinese action movie Fearless and the war film The Children of Huang Shi, in 2007, the actress starred in the sci-fi thriller Sunshine, in which she played botanist Corazon, a crew member of the spaceship. During auditions, the charm and talent of the Malaysian actress impressed director Danny Boyle, who allowed Michelle to choose any character. The members of the cast, including Michelle Yeoh, Cillian Murphy, Rose Byrne, Chris Evans, Benedict Wong, lived together for several weeks to convincingly play the crew.

In 2008, she appeared in the fantasy action movie Babylon A.D., directed by Mathieu Kassovitz, in which Michelle Yeoh played the role of nun Rebeka and Vin Diesel portrayed mercenary Toorop. They take together a girl, Aurora (Mélanie Thierry), who turns out to be a representative of the new race, from the Kyrgyz Republic to New York City. The same year, the actress was offered to play a witch by Rob Cohen, the creator of the movie The Mummy: Tomb of the Dragon Emperor.

In 2011, the actress landed a title role in the movie The Lady, shot by cult director Luc Besson. Yeoh’s heroine Suu Kyi, the daughter of the murdered leader of Myanmar, returns from England to her homeland years later and becomes the leader of the political movement. The opposition could not forgive Suu Kyi for people's love; so, the woman was placed under house arrest and separated from her family for ten years. Thanks to the efforts of her husband, Englishman Michael (David Thewlis), Suu Kyi has become the first Asian woman to be awarded the Nobel Peace Prize.

In 2016, the actress starred in the sequel Crouching Tiger, Hidden Dragon: Sword of Destiny. The same year, the historical series Marco Polo premiered, in which Michelle Yeoh played a supporting role. The recent projects of the actress also include the action movie Mechanic: Resurrection and the science fiction movie Morgan.

In 1988, Michelle married Dickson Poon. The husband is a wealthy businessman from Hong Kong. The man forbade the actress to act in movies, and Michelle obeyed. But the relationship did not work out, and they broke up in 1992.

Yeoh then dated Ferrari manager Jean Todt. In 2008, it was reported in the press that the lovers were engaged. Fans were waiting for the wedding, but it did not take place. Later, Michelle Yeoh denied information about engagement. The actress does not like to communicate with the media, Yeoh posts personal photos on Facebook, but does not have an Instagram page.

Nowadays, the actress continues to act in movies and can afford to choose roles. After all, Michelle is the highest-paid Asian actress. Yeoh has won numerous prestigious awards, and the actress is often invited as a juror to the Berlin and Cannes Film Festivals.

In 2017, the actress pleased viewers with the appearance in the science fiction TV series Star Trek: Discovery, as well as in the adventure film Guardians of the Galaxy Vol. 2 about superheroes.