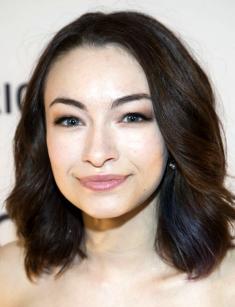 Jodelle Ferland is a Canadian actress of the French, Australian, and Anglo-Saxon roots. She has become famous for her numerous roles in horrors: ghosts, young maniacs, and innocent victims played by the artist frightened and mesmerized people all over the world. Although Jodelle is pretty young, she is one of the most popular and experienced Hollywood actresses whose filmography includes dozens of significant projects.

Jodelle Micah Ferland was born on October 9, 1994, in Nanaimo, British Columbia, Canada. She has an elder brother, Jeremy, who is a musician and an elder sister, Marisha, who works as a makeup artist. There is little information about the actress’s father, Marc: he does not participate in his daughter’s career. Only Jodelle’s mother, a bodyguard, and a teacher accompanied the child.

Valerie noticed her daughter’s abilities early: at the age of two, the child liked to perform in front of people and could quickly remember even long passages. The mother took Jodelle to an agency where the kid received her first role in a commercial. Soon, Ferland had more than 20 ads including the videos for Coca-Cola and Mattel toys.

In 2000, the girl appeared in the full-length movie Mermaid; it was the first significant step in her career. Four-year-old Jodelle was nominated for Daytime Emmy Award; she was the youngest nominee in the history of the award.

After Mermaid, Ferland’s career continued in a peculiar genre: her dark hair, mysterious facial features, and piercing glance attracted directors of horrors. Jodelle stayed in this genre for a long time and played ghosts, dead girls, and evil demons.

In 2004, the young talent was offered a role in Kingdom Hospital, the adaptation of Lars von Trier’s The Kingdom created in the USA. Ferland played a mysterious ghost whose appearance meant death in the hospital. Later on, the director Terry Gilliam invited the actress to the movie Tideland. As the story runs, the main character talks to heads of dolls; the young actress invented and showed specific accents for each of them.

Gilliam called Jodelle outstanding and emphasized that her filmography was even larger than his. Indeed, it was the 26th work of eleven-year-old Ferland. The actress was nominated for Saturn Award – Best Performance by a Younger Actor. Soon, she had the chance to collaborate with Renée Zellweger in the movie Case 39; Matthew Broderick was her stage partner in Wonderful World.

Because of the busy schedule, Jodelle had little time to study. The actress said:

“I would not say I had a normal childhood – it was weird at times – but I have no regrets. Most people I know hated school, so I don’t think I was missing much”.

2006 brought the iconic movie Silent Hill based on the Japanese video game. The director Christophe Gans was charmed by the young actress with evil eyes; during the auditions, she said she would love to play the devil. Eventually, Jodelle played three characters: Sharon, Alessa, and dark Alessa; the director had planned to give these roles to three different actresses. Gans was excited by the collaboration with the young star; the actress Radha Mitchell who personified Sharon’s stepmother called Jodelle a “little genius”.

The actress grew up and became an attractive young woman but continued to have the “supernatural” vibes. In The Twilight Saga: Breaking Dawn – Part 2 (2012), she played Bree, a new vampire; in the series Stargate: Atlantis, she personified young Harmony.

2011 brought the lead role in the movie Girl Fight based on the true story. Her character Haley is the victim of her own classmates who beat her, recorded that, and posted the video on the Internet. The audience was shocked; critics called the movie incredibly cruel.

In 2012, the artist participated in the sequel of Home Alone. In 2015, Ferland joined the cast of the fantastic series Dark Matter; she plays a teenage girl with supernatural powers who wakes up on board a starship without any memories about her life. At the same period, the actress appeared in the series Mighty Fine, The Cabin in the Woods, and the movie The Tall Man.

In 2006, Jodelle Ferland was nominated for the most prestigious Canadian movie prize: Genie Award.

The actress is not married. In 2010, she had a romance with the American singer, actor, and producer Nils Allen Stewart Jr. nicknamed Booboo; they met at the auditions for Twilight when both of them were 16. However, the relationship did not work out.

Today, the artist is single; judging by the hints in social networks, she is delighted with that. Rumors had it that Ferland was pregnant, but they were not confirmed.

Jodelle spends her free time painting, doing gymnastics, and swimming. She likes music and can play the violin; she is learning how to play the guitar. Ferland called Johnny Depp her icon.

Jodelle is pretty short: her height is 5.15 ft (157 cm.), and her weight is 116.8 lbs (53 kg.). The actress bears some resemblance to her colleague Kristin Kreuk. Both artists come from Canada and have a mixed origin.

Ferland has Facebook and Instagram accounts and often publishes personal photos: going to concerts with her friends, walking on a beach in a swimsuit, spending time with her parents. Sometimes, she posts her drawings, mostly self-portraits in the ironically primitive style.

Today, the 24-year-old actress is a popular Hollywood star and receives many offers. However, she considers changing her career.

In her interviews, Jodelle says she has had no time to identify her life goals; she is not sure she wants to be an actress for the rest of her life. Thus, the young woman wants to stop for a while and think it over. 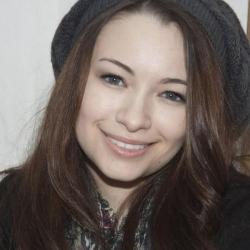