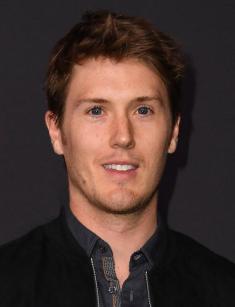 The young talent of Hollywood Spencer Treat Clark is one of those actors who prefer to win not with the number of roles, but with their quality. He doesn’t have many roles in his filmography, but each one is bright and memorable. Ridley Scott's Gladiator, Clint Eastwood's Mystic River, David Ross's The Babysitters – all these movies are only a part of the pictures where the actor appeared. The movie critics say that he will have a bright career in cinematography.

Spencer Treat Clark was born on the 24th of September, 1987 in New York, USA. Spencer’s parents weren’t engaged in cinematography, what about his elder sister Eliza Clark – she is a famous playwright and scriptwriter.

The boy spent his childhood and youth in Connecticut. Here he graduated from Hindley Elementary School elementary school in Darien. Later, he transferred to Taft High School in Watertown.

Spencer began to take part in TV and movie projects in his childhood. He debuted in the television movie under the title. It Was Him or Us. At that time the young actor was eight years old. Further, his career began to take off promptly. Already in 1999, he received two roles in the pictures which became hits in the hire at once.

Spencer performed the role of little Grant – the son of the leading character Michael Faraday in the anti-terrorist drama Arlington Road: the famous actor Jeff Bridges became the screen father of the actor. Moreover, young Clark appeared as Matty in the detective drama under the title Double Jeopardy with the participation of Ashley Judd and Tommy Lee Jones in the leading roles.

Upon the completion of the school studies, Spencer entered prestigious Columbia University in New York, where he studied political science and economy. After the guy had graduated, he continued his cinematic career.

The role in the epic drama Gladiator (2000) of the Hollywood cult director Ridley Scott became the rise of the actor’s career in the cinema. Clark played the role of the young Lucius Verus – the stepbrother of the Roman emperor Marcus Aurelius. This experience became breath-taking for the young actor. Such stars as Russell Crowe, Joaquin Phoenix, Oliver Reed, Richard Harris worked together with him on the movie set. The movie which received five Academic Awards collected $450 million in the world hire, and till the present days, it's the most famous work in Spencer's career.

At once after the movie Gladiator, the fighter Unbreakable featuring Bruce Willis and Samuel L. Jackson in the leading roles came out on the screen. The character of Spencer, Joseph is a son of the leading character David Dunn. One day Joseph finds out with amazement that his father has supernatural abilities and decides to test, whether his father's powers are boundless.

After the shootings at Clint Eastwood's crime drama, Mystic River in 2003 Spencer played a role in the picture Loverboy. This movie was directed by Kevin Bacon based on Viktoria Redel’s novel "Lassie."

Clark's character, the sixteen-year Paul, suffers from the persuasive love of his mother, Emily. She is obsessed with her love for her son. In order not to separate with the child, she even doesn't send him to the school and doesn't let him play with other children. One fateful day this results in the tragedy. The actor brilliantly coped with the difficult psychological role and was recognized by the critics.

After a small role in the independent movie The Babysitters released in 2007, Clark for the first time played the negative character. His character Justin in the crime thriller The Last House on the Left (2009) is a son of the fugitive, a weak-willed being who becomes a tool in the hands of his monstrous father. And again the critics appreciated the acting skills of Clark.

The guy isn't looking for easy and similar roles. When he chooses a character, it’s important for him to feel the internal drama of the personage. And, when he understands the internal drama, he tries to express the image more deeply using his acting skills. It was like this during the work on the movie Deep Dark Canyon in which the actor appeared together with Nick Eversman. They played two brothers - Nate and Skylar, who during the hunting accidentally shot the mayor of their town. The shot turned out to be fatal. And though the elder brother Nate made it, the younger took the blame.

In Spencer's filmography, he also has movies in the horror genre. So, in 2013-2014 the guy took part in the pictures The Last Exorcism Part II and The Town That Dreaded Sundown.

In 2015 the actor began to take part in the shootings of the series Agents of S.H.I.E.L.D. which told about the struggle of S.H.I.E.L.D. anti-terrorist organization and HYDRA criminal syndicate. Spencer embodied the image of Werner von Strucker – the son of the head of Hydra - Wolfgang von Strucker.

After the death of his father Werner tries to make the criminal machine operate properly. The actor was shooting in this project during three seasons, till 2018, and due to the popularity of this show, he became to have two times more fans at least.

In 2016 Clark appeared in the TV drama under the title Animal Kingdom about the life of Cody criminal family, which is headed by mummy Janine (Ellen Barkin). The "Smurf " –the way everybody called the woman – is the head of the gang of bandits which consists of her family and stepsons. Her younger son Deran is a homosexual and conceals it. Spencer Treat Clark received the role of his lover Adrian. The actor in this project received a regular role.

The fans adore their idol and didn't forgive him only one trait – his secrecy. The guy prefers to conceal the details of his biography and furthermore – to keep the facts of his personal life in a secret.

His admirers are vainly searching for the answer to the question – who his girlfriend is. Clark evades questions about his wife and children even in the interviews with the eminent journalists.

That’s why as soon as a new photo with a girl appears on the actor’s Instagram, there appear rumors about the new love affair of the movie star with incredible blue-green eyes.

At present Clark has settled in Los Angeles. He likes traveling, playing the guitar, riding mountain bikes and playing hockey.

In 2019 Spencer again appeared in the role of Joseph Dunn in the movie Glass – the sequel to the picture Unbreakable. His character helps his father – the superhero David Dunn (Bruce Willis) to fight crime.

The new wave of the crimes which involve the kidnapping of the young girls – is connected with one more villain in the city - Kevin Crumb is known as the Horde (James McAvoy). David and Joseph will have to work hard to win evil. Moreover, Spencer Treat Clark continues to shoot in the series Animal Kingdom. 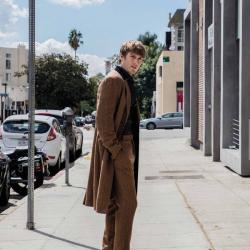