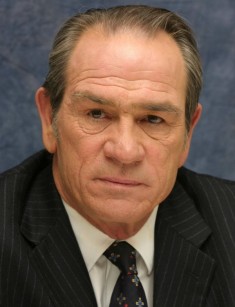 Tommy Lee Jones is not just a Hollywood star. It is a symbol of the dream factory, an example for novice actors. The filmography of the actor is so bright and long that it is difficult to list all the best roles. The actor was four times nominated for the main Award of the film industry. Although Jones managed to win only one Oscar, this does not detract from the significance of his legendary actor for the world cinema.

Tommy Lee Jones was born in Texas. The future actor spent his childhood in the city of San Saba. There were no creative relatives in the family. His father worked in an oil field, the mother was a teacher, but she opened a beauty salon after several years of work at the school.

Tommy Lee Jones’s maternal grandmother was Indian. The guy did not have any problems and studied well at school. This allowed the young man to enter Harvard, where Jones studied English and literature.

Tommy Lee was lucky to meet future celebrities in childhood and adolescence. At the school, the future first lady, Laura Bush, studied together with the boy. Jones and future politician Alan Gore were close friends at Harvard University. Young people played football together.

The actor’s debut took place in Broadway. Tommy Lee played in the play A Patriot for Me. Soon viewers saw Jones on the screen. The actor got a bit part in the melodrama Love Story. Although the debut in the movie was quite successful, Tommy Lee took a 5-year break, focusing on working in the theater and improving acting skills.

The young actor returned to the screen in 1975. Jones played the main role in the movie Eliza's Horoscope. But Tommy Lee did not leave the theater, he played roles in the cinema and the theatre.

The long-awaited glory came in 1977 after the premiere of the film Rolling Thunder, where Tommy Lee Jones played the role of a veteran of the Vietnam War. This role brought the actor the first awards. The next two projects were successful too. These are the movie The Betsy, where Jones played brilliantly with Laurence Olivier and the biographical film Coal Miner's Daughter. The latter brought the actor the first nomination for the prestigious Golden Globe Award.

Numerous admirers of the actor like Tommy Lee’s roles of brave and cool policemen. Tommy Lee Jones first played such a character in the film The Eyes of Laura Mars. Later, the directors repeatedly used the actor's gift for such roles. The actor played dozens of bold sheriffs and even officers of intergalactic agencies. These roles brought Tommy Lee world fame.

There are many other roles in the filmography of the actor. They also brought Tommy Lee success. The star successfully plays both comic characters and heroes of the past.

One of Tommy Lee Jones’s most famous projects is the drama The Executioner's Song. The actor got a challenging role of a murderer who was sentenced to death and awaited the sentence. The actor was awarded the first Emmy Award for this role.

Tommy Lee was first nominated for the Oscar in 1992 when the actor starred in the film JFK. However, another actor won the precious statuette. But after the release of the action film The Fugitive, where Jones appeared in his best role as a policeman, the actor got the coveted Award.

Tommy Lee Jones has been nominated for the Oscar more than once during his brilliant career. The actor was nominated for the film In the Valley of Elah in 2008 and Steven Spielberg’s historical film Lincoln in 2012.

Fans of the Hollywood star call Batman Forever, The Good Old Boys, Captain America: The First Avenger, Men in Black and No Country for Old Men Jones’s best films. In 2012, Tommy Lee's filmography has two historical characters – the Supreme Commander for the Allied Powers, Douglas MacArthur, in the military drama Emperor and a member of the US House of Representatives, Thaddeus Stevens, in the biographical film Lincoln.

One of the latest significant projects is The Family. Tommy Lee Jones appeared in the movie along with other stars of the American film industry such as Robert De Niro and Michelle Pfeiffer.

In 2015, Tommy Lee Jones delighted his fans as a director of the dramatic western The Homesman, where Luc Besson was a producer. The story takes place in America in the middle of the XIX century. The actor played the role of an elderly cowboy, George, who accompanied together with the heroine of the actress Hilary Swank three mentally sick women from the village to town.

In 2016 he played a doctor in the thriller Criminal. Jones played in the action thriller film Jason Bourne, where the legend of Hollywood starred with Matt Damon, Alicia Vikander, Vincent Cassel.

Jones talks about his personal life without enthusiasm, trying to avoid this topic in every possible way. Tommy Lee Jones's personal life has three marriages, two of them ended in divorce. In 1971, Tommy Lee's wife was actress Katherine Lardner, the granddaughter of the great American author, Ring Lardner. But the popular actress of New York could not get along with the actor, who was then at the beginning of his creative career and got roles in low-budget series. The marriage lasted for seven years. Kate could not wait for her husband’s glory and recognition, which came immediately after the divorce.

Tommy Lee had two children: son Austin and daughter Victoria from the second marriage with actress Kimberlea Cloughley. They married a few months after the first meeting in 1981. In the mid-1980’s, the actor’s dream came true as he saved enough money and bought a ranch in Texas, where he started horse breeding. The spouse supported Jones, and soon the family settled in their own mansion. Tommy Lee maintained close relationships with his children from the first years of their life. But this marriage did not last for long.

In 2001, Jones married for the third time. The actor’s wife was the famous photographer Dawn Laurel. The love affair between Jones and Laurel began already during the second marriage of the actor. Kimberlea filed for divorce, she did not insist on the division of property. She did not claim on the ranch and did not prevent Jones from bringing up the children. Austin and Victoria eventually made friends with Laurel.

Tommy Lee does not lose ground and continues to star in the Hollywood projects as the famous star. In 2017, the actor appeared along with Morgan Freeman in Ron Shelton’s comic thriller Just Getting Started. Jones played Leo, a retired FBI agent, and Freeman played former lawyer Duke, who hides from the Mafia under the witness protection program. Fate brings two heroes to a party, which caused a stir.

Another new project of the year was the military thriller Shock and Awe about the unofficial operation of the US Army in Iraq. Besides Tommy Lee, Jessica Biel, Woody Harrelson, Milla Jovovich starred there.

In 2018, Tommy Lee Jones has not pleased the fans with the premiere, but the actor has started filming in the fantastic thriller Ad Astra by James Gray. Tommy Lee’s hero disappears in the galaxy, where he has looked for traces of extraterrestrial civilization. Brad Pitt plays his son, an engineer with autism. He goes in search of his father. Now the film is at the postproduction stage. 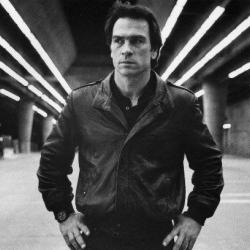