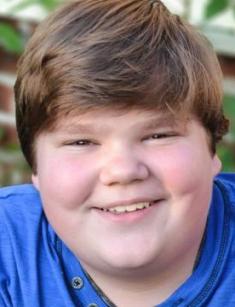 Jeremy Ray Taylor is an American actor who started his professional career at the age of 8. The guy worked in box office movies, including Ant-Man. But Jeremy received the love of fans after the release of the tape It about Pennywise the Dancing Clown, in which Taylor was among the main characters.

On June 2, 2003, the young actor Jeremy Ray Taylor was born in Bluff City, Tennessee. The guy was brought up in a big family. The boy is a younger member of the Taylor clan. In addition to Jeremy, there are another five children in his family. The guy's mother, Tracy, works as a group manager, so she travels a lot.

The woman takes her son on trips. His parents, noticing a child's talent, found Jeremy's manager, with whom they signed a contract.

Taylor began acting in tapes and advertising at the age of eight. Nowadays, the performer has a few severe works in his filmography, including box office tapes. But the professional biography of the actor began with the series Reed Between The Lines, in which Jeremy Ray played a hero named Albert. Tracee Ellis Ross, Malcolm Jamal Warner, Tom Thon starred together with him.

The tape called 42 was released two years later. Taylor did not get the primary role but he was on the set along with such famous actors as Harrison Ford, Nicole Beharie, Chadwick Boseman.

The story tells about a time when there was segregation in baseball and the destruction of racial division. The tape is based on real events, which occurred in 1947 with Branch Rickey (Harrison Ford) and the baseball player Jackie Robinson (Chadwick Boseman).

The athlete signed a contract with the team the Brooklyn Dodgers in 1947. It was supposed to be a real breakthrough for the sports world because there were no black citizens in baseball earlier. Gradually the team takes a new player but it is difficult for others to do it.

But Branch Rickey, the representative of the club, insists on making the right decision and forces people, even at the gas station, to change their minds about the black athlete and racial division. Robinson goes through a lot for the dream: the athlete is teased, injured and framed. But the guy copes with the situation and Rickey achieves his goal.

A striking episode in Taylor's career was the movie Alvin and the Chipmunks: The Road Chip, which was presented to the public in 2015. The young star was invited to the episodic role of the child, although the directors drew attention to the talented boy.

It is an unusual story about Dave (Jason Lee) and his "children," chipmunks. Little animals do not want to change anything in the life of their family, so they were very upset when they noticed a box with a wedding ring. Chipmunks do not intend to share beloved Dave with the girl. Funny adventures will help the heroes to understand how important it is to be a family.

Another tape Ant-Man, in which Jeremy got a cameo role, was released the same year. The tape was based on comics, so it was very important for Taylor to star in this tape. The guy was given the role of a bully, with which the young TV star coped well. Unfortunately, the guy's name is not indicated in the credits.

The movie is a fascinating story about a man who can decrease his size but keeps his incredible strength at the same time. The protagonist of Ant-Man is Scott Lang (Paul Rudd). The guy turns from a swindler into a hero, who helps to save the world for future generations.

2015 was a fruitful year for the young performer Jeremy Ray Taylor. The teenager appeared in a comedy, which was shown on television. The producers gave Taylor one of the leading roles. Such famous actors as Adam Brody, Janina Gavankar were involved in the filming of the tape.

In 2016, Jeremy was invited to the shooting of the series Good Behavior. Directors and producers needed a boy who would cope with a small episode. Taylor was perfect in all respects. Michelle Dockery, Juan Diego Botto, Terry Kinney were involved in the filming of this tape too.

Jeremy Ray Taylor became very famous after the release of the horror movie It in 2017. The star performer played the role of Ben Hanscom. He is a friend of the main character, Bill Denbrough (Jaden Lyberger). The young man lost his younger brother (Jackson Robert Scott), who went to play with the paper boats.

Brave boys decide to rescue a child from trouble and expose a criminal who kidnaps children. But the situation is out of control because the kidnapper is Pennywise the Dancing Clown. Bill and Ben, together with their friends, will find out why the villain commits crimes and why adults do not try to look for and save the kids.

The viewers watch another work of Jeremy Ray Taylor, Geostorm, the same year. The story tells what can happen to the Earth if the climate gradually deteriorates. World leaders start to develop a unique technology that will help to adjust the weather.

The American government managed to keep the situation under control for two years but suddenly the equipment broke down. The creators of technology were brothers Jake and Max. Young people quarreled but they will have to come to peace for the sake of preserving life on the planet. Jeremy was invited to the movie for the role of Emmett. Gerard Butler, Abbie Cornish, Edward Harris starred in this movie too.

It is not known yet about the own life of 14-year-old actor but it doesn't mean that the guy is not popular with girls. The young guy attracts the attention of passers-by when he is on American streets. Jeremy Ray Taylor is a popular actor, girls and boys want to get his autograph in America.

The star performer publishes photos from the set, meetings with friends and fans, family on the official page on "Instagram." His unusual appearance does not stop to act in tapes: his growth is of 5,1 feet (158 cm), he is plump and chubby, there is no information about his weight.

Nowadays, Jeremy Ray Taylor lives a busy life of a teenager: he meets with friends, devotes time to family and fans. But the TV star will return to the set of the "horror" It: Chapter Two in 2018. The producers planned the release of the tape on September 6, 2019. Jeremy Ray Taylor has a net worth of $700,000