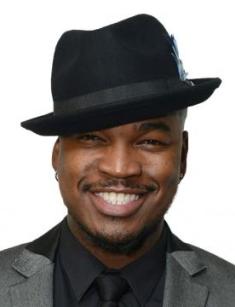 The American singer Ne-Yo can boast three Grammys, the musical analog of the Academy Award for actors. In 2009, Billboard put the musician to the 57th place in its rating of the artists of the decade. Ne-Yo is equally successful in other spheres: he writes songs for other artists, works as a producer, plays in movies, and does charity work.

Shaffer Chimere Smith has mixed roots: the father was Afro-American, and the mother was African-Chinese. The parents were professional musicians and instilled the love of music in their son.

The future R&B star was not happy, though: the father could use physical violence against his wife, and little Shaffer saw that. When the parents divorced, the mother took care of the boy alone and moved to Las Vegas for a better life. The woman believed that her son had more opportunities to develop his musical talent and career than in Arkansas.

The mother was right: the city provided perfect opportunities for polishing the talent. The beginning artist took his first steps in the R&B-group Envy and chose the pseudonym GoGo.

The group split up in 2000, and Smith wrote songs for other musicians before he started working on his own. Soon, the young man took the new stage name, Ne-Yo, and many celebrities performed his tracks: Rihanna, Jay-Z, Faith Evans, and Christina Milian.

Ne-Yo felt like a celebrity when the American R&B artist Mario performed his song “Let Me Love You”. The track topped Billboard Hot 100 for more than two months. The meeting with the producer Antonio Reid, the founder of the label Def Jam, opened a new page in Shaffer’s career; they signed a contract.

The beginning of 2006 brought the debuting album In My Own Words. The second song, “So Sick”, was immensely popular and topped music charts. The sales were high: 301 000 copies were sold in the first week. Two starry singles, “When You’re Mad” and “Sexy Love” followed and gained the 15th and seventh positions. Overall, more than a million music lovers purchased the first disc, and RIAA gave it the platinum status.

The second album was released at the beginning of spring 2007 and earned as much recognition as the first one; it reached the top of Billboard 200. The first track was presented as a single and became number two in Hot 100. Finally, the album enjoyed the platinum status. The same year, in December, the artist participated in the show that was the part of Barack Obama’s pre-electoral campaign. In February 2008, the musician gained the first Grammy Award for Best Contemporary R&B Album Because of You.

At the end of summer 2008, Ne-Yo’s fans were pleased to listen to the new album, Year of the Gentleman. Once again, the artist’s work was as much appreciated as the previous two; 250 000 copies were distributed in the first week of sales. In 2009, the musician won two Grammys, Best Male R&B Vocal Performance and Best R&B Song. The album was marked with the platinum certificate.

At the end of 2010, the fourth album, Libra Scale, was released; 112 000 copies were sold in the first week, and the disc took the ninth position in the United States. The song “Beautiful Monster” topped the music chart in Great Britain. Besides, music lovers liked the romantic song “One in A Million” and its brilliant video.

The track “Let Me Love” from the fifth album, R.E.D. (2012), was number six at Billboard Hot 100 in the USA and number one in Great Britain. The single earned the platinum status and multiplied the amount of the artist’s fans. The sixth disc, Non-Fiction, came out in January 2015; its head song "Money Can’t Buy” was recorded with Jeezy. The second hit, “She Knows”, was platinum: more than a million of copies were sold.

In 2006, Ne-Yo appeared on the screen in the movie Save the Last Dance 2. The next year, the man personified Rich Brown in Sylvain White’s music drama Stomp the Yard. Overall, the artist has appeared in more than ten movies.

Ne-Yo’s first wife, Monyetta Shaw, gave birth to two children: the daughter Madilyn and the son Mason. As the couple broke up, the kids stayed with their father.

In 2016, the singer married Crystal Renay; the wedding ceremony took place in his ranch in California. The next month, the woman gave birth to their son named after his father, Shaffer.

At the end of 2017, Crystal Renay shared the happy news on Instagram: she was expecting the second baby. Ne-Yo confirmed the information and wrote on his page:

“We didn’t plan for you, but you are God’s plan, and I thank you for choosing us to be your parents”.

Crystal also said she stopped eating vegan food for the son who “demanded” oysters and steaks.

In February 2018, the single “Good Man” and the lyrical music video to it were premiered. The previous two tracks from the new disc did not receive much appreciation.

In March, the artist presented the song “Push Back” from the upcoming album; fans had heard it before at the singer’s concerts. Good Man came out on June 8, 2018.