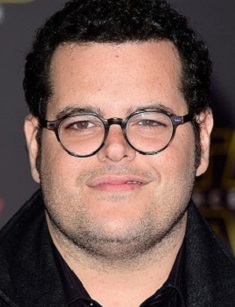 Joshua Ilan Gad is an American actor, singer, and comedian who has won five awards for his acting and singing career. He is mostly known for his roles in films Love & Other Drugs (2010), Frozen (2013), Beauty and the Beast (2017), and others. Joshua has also appeared on the Broadway stage as Elder Cunningham in The Book of Mormon.

Joshua was born in Hollywood in 1981. His father Sam (Shmuel) Gad was an emigrated Jewish from Afghanistan, and his mother, Susan, had Jewish descent, so Joshua was raised in a Jewish household, although, he is not religious. However, he claims that he respects the traditional aspects of Judaism. He has been living with his mother and his stepfather who was an investment advisor. In Gad’s family, there are also his two brothers, a stepsister and a stepbrother.

Joshua says that he first realized what he wanted to do with his life when he was four years old. His parents took him to the comedy show in the Catskills; this region, by the way, became a part of the history of Jewish comedy. Gad said that he had laughed there harder than anyone else, and he had understood that he had wanted to have the power that made people laugh.

The young actor graduated from the University School of Nova Southeastern University in 1999. After that, he attended the Carnegie Mellon College of Fine Arts, where he got his bachelor degree in drama. At the end of Joshua’s education at school, he won some awards for Humorous Interpretation and Original Oratory.

Gad’s acting career started from the film Mary and Joe in 2002, but he began frequently appearing in movies only in 2007 when he starred in Watching the Detectives. In 2008, he played the leading role of Matt in The Rocker. In 2009, Joshua became a regular correspondent of The Daily Show, a late-night talk and news satire TV program. He has been working there for two years.

Joshua has been appearing on television series (Bored to Death, 2010, Californication, 2011, New Girl, 2012–2015, etc.) and also shows. For instance, in 2016 Gad appeared in one Lip Sync Battle episode together with an actress, Kaley Cuoco, who, by the way, starred with Joshua and also Kevin Hart in The Wedding Ringer (2015). In 2017, Josh was on The Tonight Show with Jimmy Fallon, where they did some singing together: guys sang some Disney songs.

In 2017, Joshua played LeFou in the film remake of Disney's Beauty and the Beast together with Emma Watson and Luke Evans. Also that year, he was a part of Murder on the Orient Express alongside Kenneth Branagh, Johnny Depp, and Daisy Ridley.

Besides, Gad not only starred in films but also voiced other characters. For example, he voiced Olaf in Frozen (2013), Frozen Fever (2015), Sofia the First (2016) and Olaf's Frozen Adventure (2017). Also in 2017, the actor became a part of the Star Wars Rebels, where he voiced the Controller. Joshua’s other famous personage is Chuck in The Angry Birds Movie (2016). By the way, in 2019 Gad’s admirers are waiting for a continuation: Frozen 2 and The Angry Birds Movie 2.

What’s interesting, apart from acting, Joshua is also a really good singer. The most famous songs that he has ever performed are “In Summer” and “That Time of Year” from the film Frozen, “Belle” and “Gaston” from Beauty and the Beast, etc.

Gad has been nominated for 11 awards, and he has won five of them:

Joshua has a net worth of $2 million which he generally gets from his roles in films and television shows.

Joshua's first appearance on the stage was in 2005 when he was a part of a musical comedy The 25th Annual Putnam County Spelling Bee as Barfée in the Circle in the Square Theatre. With this performance, there are some funny moments. For instance, Joshua forgot the last word that he was supposed to spell in the show, and instead he shouting out consonants.

In 2011, he acted in The Book of Mormon in the Eugene O'Neill Theatre. It was the premiere of that musical comedy on Broadway, and the leading roles were occupied by Joshua and Andrew Rannells. Also that year, Gad was nominated for a Tony Award for Best Performance by a Leading Actor in a Musical for his role of Elder Cunningham. Unfortunately, he lost to Norbert Leo Butz who played in Catch Me If You Can.

Joshua is a social media person; he has Instagram, Twitter, and other profiles, so his admirers always can stay informed about his life. In 2017 on Twitter the actor posted the photo of him, Jon Berg and Geoff Johns (these two are the representatives of DC Extended Universe), where Josh has a Batman comic book in his hands with the personage Penguin on the cover. That was the moment when the rumors about Joshua Gad appearing in the new film about Batman started spreading. Well, the film is going to be released in 2021, and the cast is still changing, so we all wait for the official announcement!

Speaking about Joshua’s love life, in 2008, he decided to get married to his girlfriend, Ida Darvish. After a few years of marriage, in 2011, Gad’s wife gave birth to their first child, Ava Tanya Gad. In 2014, Isabella Eve Gad, their second daughter, was born.

By the way, Gad’s favorite performer who inspires him, is Sacha Baron Cohen, a comedian, and actor.