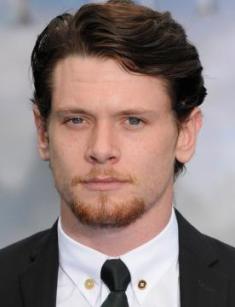 Hollywood star, screen rebel, and teen idol Jack O'Connell appeared on television in the mid-2000s. Several movies helped him become famous: Angelina Jolie's crime thriller Unbroken and Money Monster by Jodie Foster. The actor proved that he could quickly get into any character. His acting is always on point, so the viewer undoubtedly believes in the reality of what is happening on the screen.

Jack was born in the summer of 1990 in Derby, England; he is the son of Johnny Patrick O'Connell, who worked all his life in the Canadian engineering company Bombardier and died in 2009 from pancreatic cancer. Jack's mother, before she took over the management of her son's career, worked for the British Midland airline.

As a child, the boy did not dream of becoming an actor; at that time, he was more interested in sports. As the grandson of the famous footballer Ken Gutteridge, Jack also sought to develop in this direction. The guy showed good results, but because of the injuries received during the games, he was forced to give up football.

The only option he saw for his later life was military service. But here, too, he was unlucky; O'Connell had troubles with the law in the past, so he had to forget about his military career.

Jack received education in the Catholic school of St.Benedict, where the attendance of the local drama club was obligatory. That interested the young man, and at the age of 13, he enrolled in a free television workshop in Nottingham, where he studied the subject in depth twice a week. And in 16, Jack graduated from school, having passed exams in English language and drama with the highest results.

Around the same time, the first auditions in London appear in his biography. Not being able to stay in a hotel, the guy sometimes spent the night on the street, so strong was his desire to "get on the TV." In the end, he did move to Hounslow (West London), and between auditions, Jack moonlighted as a farmer.

From the beginning of his acting career, O'Connell played mostly young criminals. The first move in which the audience noticed the young man was the series Doctors and a small role followed it in the series The Bill, which told the story of the everyday life of the London police department. In 2006, he played a character in the drama movie This is England. Then, in Eden Lake, he got a much more significant role. There, he got into the character of a guy who let a gang engaged in harassment of a young couple.

For some time, Jack played on a theater stage. First, it was the Royal National Theater in London. Jack performed with the troupe at the Edinburgh festival, and then he transferred to the Royal Covent Garden theater. At the same time, he continued to appear on the screen. O'Connell gained fame among his peers after working on the Skins series in 2009-2010. The guy appeared in 18 episodes of the teenage drama in the character of a restless and hardworking James Cook.

Later, the actor appeared in the crime thriller film Harry Brown, in the historical drama movie United, in the thriller film Tower Block and war drama Private Peaceful. Jack received a sudden career breakthrough in 2013 after starring in the film Starred Up, where he portrayed a violent teenager serving a sentence in the same prison as his father.

Then the guy starred in the period action film 300: Rise of an Empire. In 2014, Jack appeared in the thriller movie directed by Yann Demange '71. The plot takes the viewer back to 1971, were in Northern Ireland, there was a conflict that developed into a civil war.

Jack O'Connell became even more famous after his work on Angelina Jolie's Unbroken, in which he got to play the leading role of an American runner. This is the true story of the athlete Louis Zamperini, who took part in the 1936 Olympic Games in Berlin. He did not win the final race but got the praise from Adolf Hitler. Before filming, Jack carefully prepared for the role; he lost 30 pounds and tried to get rid of his Derbyshire accent. Such work was rewarded with awards and positive reviews from critics.

Then Jack worked on two short movies, and in 2016, he was featured in the trailer of Money Monster, where together with George W. Clooney, Julia Roberts, and Dominic West he played one of the leading characters. A year later, he was invited to Justin Chadwick's historical drama Tulip Fever. Another significant work in the artist's career is the mini-series Godless. And in 2018, two motion pictures starring O'Connell saw the light of day - Trial by Fire and National Theater Live: Cat on a Hot Tin Roof.

Jack spent his youth partying, and therefore, he gained a reputation of a "bad guy." The young man changed his lifestyle after his father's death, which he could not accept and cope with for a long time. At that time, the actor made a tattoo on his arm with his childhood nickname Jack the Lad and the image of two masks (sad and cheerful).

According to the guy, it means "confident, carefree and daring young man." He managed to turn his life around by the age of 24 because, before that, the troubles with the law prevented Jack from building an acting career.

Little is known about O'Connell's personal life. During the filming of Skins, he had an affair with a colleague on the set, Kaya Scodelario. However, the relationship lasted only a year; they were too young to get married.

In 2014, there were rumors Online about his new girlfriend. While working on the set of Tulip Fever, he became close with actress Cara Delevingne. And before that, in 2012, he had a relationship with British singer Tulisa. What is happening in the life of the artist, is unknown, but he doesn't have a wife and children, that's for sure.

Jack shares his latest news on Twitter and Instagram, where he often posts personal photos and shots from the set. The guy's nice appearance and his athletic figure (he is 5 feet 67 inches, his weight is unknown) attract fans' attention, but he probably is not in a hurry to create a family, devoting all the time to his career.

O'Connell's net worth is estimated at $2 million. The actor continues to appear in various movies. He got one of the central roles in the drama film Jungleland directed by Max Winkler. The movie tells the story of the bold and tactless boxer who is forced to travel across the country to get to the last battle.

However, suddenly, a fellow traveler makes his journey unbearable, hence the main events of the picture begin.

The film is at the stage of post-production. Presumably, it will be released in 2019, but the exact date of the premiere is still unknown.