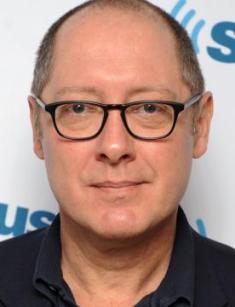 James Spader is an American film and television actor. He has been lucky to portray diverse characters, playing in comedies, thrillers, fantasy action movies, and romantic dramas. The actor became famous for the roles in the films: Pretty in Pink, Stargate, Lincoln, Boston Legal. The latest parts of James Spader are robot Ultron from the film adaptation of the Avengers and the title character of the TV series The Blacklist.

James Spader was born February 7, 1970, in Boston, Massachusetts. He is American. There were two more children in the family. His parents, Jean Fraser and Stoddard Spader, worked as teachers in the school, so the son and daughters were always under parental supervision. They paid a lot of attention to the children’s education. James jokingly told in an interview that he was raised in a matriarchy due to his older sisters.

The Spaders often moved, so James had a few friends. At first, he studied at The Pike School, where his mother was an art teacher. The boy graduated from the Brooks School in North Andover. His father taught there. James entered Phillips Academy, but could not graduate from it. By that moment, the young man had a goal which he wanted to achieve by any means. James dreamed of becoming an actor. So, he moved to New York City.

To make for a living, James undertook a lot of odd jobs. In his youth, Spader was a bartender, a truck driver, a loader, a stable boy, and a yoga teacher. At the same time, the novice actor studied at Michael Chekhov Acting Studio.

Spader made his movie debut when he was 18 years old. The young man played in the film Team-Mates. The project did not have much success but helped the producers to notice James. In 1981, the film Endless Love was released, in which the actor portrayed Keith Butterfield. His character was not the main one, but Spader’s partners on the set were debutant Tom Cruise and Brooke Shields, which meant a lot. After this film, directors who were looking for talented novice actors paid attention to James.

In 1985, the actor's filmography included the projects The New Kids and Tuff Turf. The second film was one of the movies that were secretly watched on videotapes in the Soviet Union. The tape appeared in the country illegally and changed hands. This film also featured Robert Downey Jr.

The role in the 1986 film Pretty in Pink made Spader a sex symbol, and he became associated with the part of a self-satisfied handsome man. For a long time, the actor could not get rid of this image. In 1987, James was invited to shoot in the film Less Than Zero. He portrayed a drug dealer named Rip. The actor’s filmography has included new works. He starred in the films Mannequin, Baby Boom, Wall Street. He managed to collaborate with the Hollywood stars, including Michael Douglas and Charlie Sheen.

The movie Sex, Lies, and Videotape of novice director Steven Soderbergh brought Spader the leading role and earned him the Palme d'Or at the Cannes Film Festival. The actor received the prize for the image of a voyeur. The film was a box office success despite a modest budget. So, when James Spader turned 30 years old, he had already become famous. He was at the peak of popularity in the 1990s. The actor starred in the films Bad Influence, Wolf, Critical Care, etc.

In the movie Stargate, Spader played archeologist Daniel Jackson, who solved the matters and found the traces of the alien. The film marked the beginning of the franchise which consisted of two movies, three TV series, a cartoon, comics, computer and board games. The 1996 film Crash directed by David Cronenberg, in which James played the leading role, won a prize at the Cannes Film Festival and six Genie Awards from the Academy of Canadian Cinema and Television.

The actor was also in demand on television. In 2004, he accepted an invitation to shoot in the TV series Boston Legal. Spader portrayed lawyer Alan Shore. The project was very successful and won the hearts of the American viewers. It has 5 Primetime Emmy Awards, a Golden Globe Award, and a Peabody Award. The actor won the Primetime Emmy Award for the same role on The Practice.

In the 2010s, James’s popularity decreased; nevertheless, he appeared in large-scale projects, including The Office, Lincoln, the TV series The Blacklist, Avengers: Age of Ultron. In the last film, Spader played the title role of the villain Ultron.

Having moved to New York City, James Spader became interested in yoga. He even worked as a yoga teacher, while studying at the drama school. In class, he got acquainted with decorator Victoria Kheel and later stared a romantic relationship with her. In 1987, the women became the actor’s wife. They lived together for 17 years. The couple had two sons. However, nothing is everlasting. In 2004, the couple broke up because Spader had an affair.

In 2000, James met Leslie Stefanson on the set of the movie Alien Hunter. After the divorce, James and Leslie did not immediately begin living together. The actor lived alone for four years and did not give a reason to talk about his personal life. In 2008, Leslie gave birth to their son, but this was not the reason for the marriage. Nowadays, the couple continues to date and brings up the child.

James Spader has an eye disease. The actor has vision problems, but he cannot solve them with the help of contact lenses. James has to wear glasses because he does not see the faces of his partners on the set. Glasses often become a serious obstacle to getting a role, so many viewers assume that his career declined due to health problems.

Now James Spader is involved in the filming of feature films and television series. In 2019, the NBC channel released the seventh season of the project The Blacklist, which tells about the adventures of fraudster Raymond Reddington and an FBI agent, Elizabeth Keen. James Spader is still one of the participants of the TV series.

James Spader has an estimated net worth of $10 million.