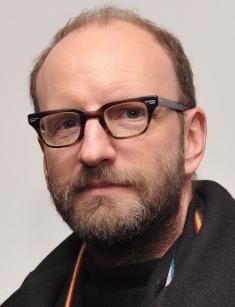 Steven Soderbergh is an American film director, screenwriter, and producer. He is considered one of the founding pioneers of the independent cinema movement and among the most acclaimed and prolific filmmakers of his generation. His films have grossed over $2.2 billion worldwide and garnered nine Oscar nominations, winning seven. Besides, at 26, Soderbergh became the youngest solo director to win the Palme d'Or at the Cannes Film Festival.

Steven Soderbergh was born on January 14, 1963, in Atlanta. His father, Peter Andrew Soderbergh, was a professor and administrator at Louisiana State University, so his mother Mary Ann Bernard raised him. As a child, Steven moved several times with his family to many states during his adolescence, and then to Baton Rouge, Louisiana, where his father became Dean of Education at Louisiana State University.

Soderbergh discovered filmmaking as a teenager and directed short films with a Super 8 and 16 mm cameras attended special classes.

Before graduating, he moved to Hollywood to pursue professional filmmaking. In his first job, he worked as a game show composer and cue card holder soon after which he found work as a freelance film editor. During this time, he directed the concert video 9012 Live for the rock band Yes in 1985, for which he received a Grammy Award nomination for Best Music Video, Long Form.

Steven Soderbergh gained recognition with his directorial debut, Sex, Lies, and Videotape (1989), which he presented at Cannes. He picked up three awards, including the Palme d’Or. The film grossed $ 36.7 billion and became mainstreaming of the independent film in the 1990s. Critics considered Soderbergh to be a sensation and prodigy, and his first picture was recognized culturally and aesthetically significant.

Soderbergh's directorial debut was followed by a series of low-budget box-office disappointments. He directed biopic movie Kafka with starring Jeremy Irons. He also made the drama King of the Hill (1993), The Underneath (1995) which received only marginal critical acclaim and nothing in the way of box office. Soderbergh then shot Schizopolis, a comedy which he starred in, wrote, composed, and shot as well as directed.

This movie was submitted to the Cannes Film Festival to such a "chilly response" that he reworked the entire introduction and conclusion before releasing it commercially. The picture turned out so unusual for viewersimpressure that the author warned in an interview with the press and in the introduction that there is a chance to get confused, sparking public’s interest to an unusual movie.

Soderbergh's reemergence began in 1998 with Out of Sight with starring George Clooney and Jennifer Lopez, following up on the success by making another crime caper, The Limey, which was well-received and established Soderbergh as a master of tightly-plotted criminal style.

From 2000 to 2001, Soderbergh released two major motion pictures that had been now his most successful films to date: biographical film Erin Brockovich and social drama film Traffic. Both movies were nominated for Oscar, and he won one award for Best Director for Traffic.

In 2004, the sequel Ocean's Twelve was released, it was criticized for its slow start, its complex plot and a final twist that negated much of the preceding action.

Soderbergh started with an experimental movie Bubble in 2005, featuring a cast of nonprofessional actors. The director was accused of undermining the work of cinemas because the premiere went simultaneously with a releasing of the DVD film version.

Teasing the critics, Soderbergh next directed Ocean's Thirteen, the third part of Danny Ocean’s adventures who had 13 friends. The movie concluded what would later be known as the Ocean's trilogy, and it was the second highest-grossing popular film after the first Ocean's.

In 2008, Soderbergh released his lengthy treatment of the life of Argentine revolutionary Che Guevara, and it was screened at Cannes Film Festival. After a year, Soderbergh shot his feature adult film The Girlfriend Experience, where starring Sasha Grey as the film's lead actress.

In the autumn of 2010, Soderbergh shot the epic thriller Contagion. The movie follows the outbreak of a lethal pandemic across the globe. Soderbergh premiered it at the 68th Venice Film Festival and released it to the general public to commercial success and widespread critical acclaim. Grossing $135.5 million, The New York Times called the movie a "smart, spooky thriller about a thicket of contemporary plagues - a killer virus, rampaging fear, an unscrupulous blogger - is as ruthlessly effective as the malady at its cool, cool center."

After two years of the Contagion’s premiere, Steven Soderbergh had announced his intention to retire from feature filmmaking and begin to explore painting. He changed his mind after a research leave and directed the psychological thriller Side Effects, which Jude Law, Rooney Mara, Channing Tatum, and Catherine Zeta-Jones starred. It was screened at the 63rd Berlin International Film Festival. Then, Soderbergh started to work on the series called The Knick.

From 2014 to 2017, Steven Soderbergh worked on a variety of personal projects, especially with Broadway plays. He returned to filmmaking with Logan Lucky and Unsane, renewed his cooperation with television, directed and produced the TV series "Mosaic," which premiered in January 2018.

Soderbergh is married to television personality Jules Asner, and he has two daughters. He raised an older daughter from his first wife, actress Betsy Brantley, and the little one from a short affair with an Australian woman.

The details of Soderbergh’s personal life are behind the scenes. Instead of family photos, Steven shares only creative ideas on Twitter; he doesn't have the account on Instagram.

In 2019, Steven Soderbergh plans to present a few new directing films. High Flying Bird is premiered on February 8, 2019, and it will also be demonstrated on Slamdance Film Festival.

Besides, Cleo should come out on screens in 2019, where Catherine Zeta-Jones and Ray Winstone play significant parts.