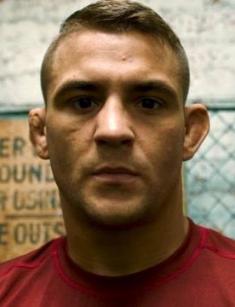 Dustin Poirier debuted as a professional MMA athlete in 2009. He has defeated many opponents: Eddie Alvarez, Anthony Pettis, Bobby Green, and Max Holloway. However, the most popular mixed martial artist, Conor McGregor, toughed him out.

Dustin Glenn Poirier was born on January 19, 1989, in Lafayette, Louisiana. The athlete has French roots and belongs to the Cajuns.

There is not so much information about Poirier’s early life. The would-be sportsman attended Northside High School and began to fight there; he was interested in arm-wrestling. Those who did not participate in such matches bet money on competitors, and Dustin often won the cachet. These games made the young man consider fighting as a career.

In 2009, the 20-year-old athlete joined the professional league, MMA; he had been prepared for it at Gladiators Academy. The young man gained several regional victories against opponents from Louisiana and the south of the USA. In 2010, World Extreme Cagefighting accepted him to the world of fighting.

Before Poirier joined WEC, he had seven victories over the professionals. He defeated Ronny Lis and Nate Jolly with the armbar; punches proved to be effective against Daniel Watts and Aaron Suarez. Thus, it was clear the young man’s arm technique was his major advantage.

In August 2010, Danny Castillo interrupted the chain of victories; the jury’s decision was unanimous. Three months later, Poirier rehabilitated and crashed Zach Micklewright. It was the second and the last fight in WEC. In October 2010, the promotion merged with Ultimate Fighting Championship (UFC).

Soon, the recent UFC Featherlight Champion Jose Aldo was going to defeat his title for the first time and face Josh Grispi. However, Aldo had back injury in November and had to miss the event; Dustin replaced him and met Grispi on January 1, 2011. Poirier’s debut in the Featherweight division turned out to be successful: the jury unanimously gave him the victory.

The season of 2011 finished with another triumph over Pablo Garza: Dustin used D'Arce choke.

In February 2012, the athlete was going to face Erik Koch and Ricardo Lamas. Eventually, he fought against Max Holloway and won with the mounted triangle armbar. Dustin’s technique gave him the Submission of the Night.

In May 2012, UFC held Fuel TV: Korean Zombie vs. Poirier. The sportsman became the central figure of the promotion but lost: the Korean athlete Chan Sung Jung used D'arce Choke in the fourth round. Still, the spectacular rivalry was awarded Fight of the Night and, at the end of 2012, Fight of the Year. The finish of the season was marked with the victory over Jonathan Brookins.

The fight against American mixed martial artist Cub Swanson was one of the most breathtaking events in Dustin’s career. The opponents were going to tear each other apart: Poirier was working hard with his legs, and Swanson used his head and attempted submission. The jury presented the victory to Cub eventually. After the successful performance against Erik Koch, Dustin offered the rematch to Swanson, but they have not met for the second time yet.

The match against Conor McGregor in September 2014 broke in the short chain of Poirier’s success: the Irish sportsman knocked down him two minutes after the beginning of the first round. Later, Dustin emphasized in his interviews that fight helped him grow up: he used his emotions as a fuel to make brutal and spectacular battles. However, Conor showed him that a proper technique was the only thing to rely on.

“I remember I was backstage getting ready to walk out, and I saw him, and he threw this smile and pointed at me. I don’t know why but it really got to me, man. It really messed with my head. I mean, I’m about to go out and fight this dude, and he’s back there smiling at me? After that fight, I knew I had to find a different way to use my emotion”, the athlete told journalists.

After the legendary fight between McGregor and Khabib Nurmagomedov in October 2018, the Irish took a break. UFC wanted to rehabilitate the sportsman and looked for a worthy opponent; the president of the promotion Dana White considered Dustin Poirier, but the meeting did not take place.

MMA fans were looking forward to the meeting between Poirier and Joseph Duffy in October 2015. However, Duffy had a concussion during a sparring match three days before the event, and it was postponed until January of the next year. Dustin won but had to be hospitalized: his nose was broken. The trauma made him stop practicing for six weeks.

In June 2016, the athlete surpassed Bobby Green and gained the second largest prize in his career: $110 000. The series of victories was interrupted again, though: he lost to Michael Johnson in September.

2017 began with a severe fight against Jim Miller; Poirier endured and got $50 000 and Fight of the Night. Further on, the sportsman defeated Anthony Pettis and Justin Gaethje; both events brought him Performance of the Night.

The American mixed martial artist Eddie Alvarez faced Poirier twice: their first meeting in May 2017 finished with the no-contest because of illegal techniques. They had another battle in July 2018, and Dustin won the victory.

The athlete is married; his wife’s name is Jolie. On August 20, 2016, the couple’s daughter Parker Noelle was born. The father shows how the girl is growing up on his Instagram and Twitter pages. The family is not going to have more kid so far.

Jolie actively supports her husband and rarely misses his matches. Perhaps, this unity is the secret of their happiness.

Dustin loves tattoos; he got his first one at 14. Today, the sportsman has a lot of pictures, including his daughter’s name.

On April 13, 2019, Dustin Poirier had a rematch against Max Holloway during the Interim UFC Lightweight Championship and gained the victory.