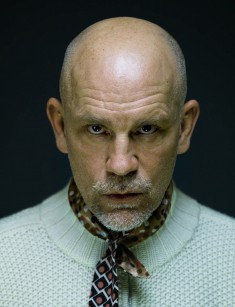 John Gavin Malkovich is an American actor of the Croatian origin. In his native country, he is equally known as a theater actor and a movie actor, and also as a director. He was twice nominated for the most prestigious Academy Awards, but he hasn't won it yet. Russian audience knows John Malkovich due to his leading roles in such pictures as "Dangerous Liaisons", "Johnny English", "Casanova Variations" and "Ripley's Game" and also an underground movie "Being John Malkovich".

A future actor was born in the small town of Christopher settled in the area of the Illinois state. Both of his parents were natives of Croatia and were related to journalism. His father Daniel Malkovich wrote articles dedicated to environmental problems, and his mother Joe Anne was an editor and the publisher of the magazine. Since childhood, John Malkovich loved animals and wanted to become a biologist to defend nature from human interference as his father did. By the way, besides his studies at comprehensive school John also finished a music studio where he had been learning to play the tuba.

The guy went to get higher education at a very prestigious East Illinois University and studied at Ecology Faculty. But at the university John for the first time had his experience with the theatrical activity. He joined the student's troupe, and later with his friends, they organized their own youth theatre - "Steppenwolf Theatre Company". Being a part of this theater actor came on the professional stage for the first time in the play "Curse of the Starving Class".

And though Malkovich had been working in other spheres for long years he didn't leave the theater anymore. In 1984 he got acquainted with a star Dustin Hoffman and together with him presented to the public on Broadway the play "Death of a Salesman". Soon John Malkovich began to play in movies. And though the actor has made a fantastic and successful career of the movie actor, he never left the theatrical stage.

It was exactly on the Broadway, where actor John Malkovich was noticed by the scouts of a film company and was invited to take part in a movie. The television thriller "Word of Honour" became his first picture, after that John Malkovich got many roles in various projects, including a top-rated drama "Places in the Heart" for which John was nominated for Academic Awards. John got his first leading role in the war picture "Empire of the Sun" where he performed in a duet with Christian Bale.

The character of the Vicomte Sebastián de Valmont in the screen-adaptation of the historical novel "Dangerous Liaisons" brought John Malkovich popularity. After that magnificent movie new pictures featuring John Malkovich were released one after the other. It’s worth noting some pictures from John’s early career - a psychological drama "The Sheltering Sky", a crime comedy "The Object of Beauty", a classical screen-adaptation "Of Mice and Men", a thriller "Mary Reilly" and an action movie "In the Line of Fire" for the role of the inventive murderer in which actor was nominated for Academic Awards again.

It’s noteworthy to point out John's cooperation with Nicolas Cage in the thriller "Con Air", with Catherine Deneuve in the melodrama "Time Regained", with Leonardo DiCaprio in the historical movie "The Man in the Iron Mask". But a fantasy art-house movie "Being John Malkovich" was the one, which divided actor’s filmography into periods "before" and "after". The audience called this picture "mad", "absurd", "sinister", "unique". But anyway, since then the name of Malkovich got at the same rank of the best-known representatives of his profession and his name went down in history.

In the 21st century John took part in such sensational projects as a thriller "Ripley's Game", a fantasy of "The Hitchhiker's Guide to the Galaxy", an adventurous comedy "Colour Me Kubrick", a mystical melodrama "Warm Bodies", - thus way John Malkovich increased number of his roles to one hundred. Two of the most interesting characters of his latest works are - Giacomo Casanova in the musical "Casanova Variations", a pirate Blackbeard in an adventure picture "Crossbones" and an oil industry worker Donald Vidrine in a disaster movie "Deepwater Horizon". Also, Malkovich can be seen in the video for the song "Phenomenal" by rapper Eminem.

At the beginning of this century, John tried himself as a director and a scriptwriter of several movies, the most known of which was a crime thriller "The Dancer Upstairs". And quite recently in cooperation with Robert Rodriguez John Malkovich created the movie which the audience will be able to see only 100 years later, on the 18th of November 2115. The movie in which different variants of the future are shown is placed in the special capsule and is stored in the house of Louis XIII in France. For now, people can watch only a short teaser which is posted on the web under the title "100 years: The movie which you will never see".

For the first time, Malkovich got married at the age of 29, at that time he wasn’t known to the general public.

The actress Glenne Headly who was a star of the comedy "Dirty Rotten Scoundrels " and a thriller "Mortal Thoughts" became his dearie. They got married in 1982 and had been happy for six years. But then there was a fling between John Malkovich and Michelle Pfeiffer which began at the movie set of "Dangerous Liaisons". This love affair destroyed couple’s relationship. John Malkovich's wife didn't put up with her husband’s betrayal and they separated.

However his relations with the Hollywood fatal beauty Michelle Pfeiffer didn’t last anyway. But a year later John Malkovich and Nicoletta Peyran met each other on the movie set of "The Sheltering Sky", where she worked as an assistant director. They still are a married couple and they have two children: a daughter Amandine and a son Lowry. It’s noteworthy that the couple was living with their children in the south of France for quite a long time, where Malkovich acted in local theater. That’s why John talks fluently in French. But in 2003 their family returned to the United States and settled in the town of Cambridge, Massachusetts.

John’s numerous admirers are interested not only in his private life but also in his habits and character. It’s worth saying that John Malkovich is quite a remarkable person. John considers himself an atheist and completely apolitical person. He doesn't even go to vote during elections as by his words, "he doesn't see in it any sense", this expression of opinion is rather unusual for American citizens. Moreover, the actor is quite a risky person: he invested several million dollars in the financial pyramid organized by Bernard Madoff and he lost everything.

Besides, Malkovich tries to keep his private life in secret that’s why he often travels incognito. A few years ago he saved the life of the elderly passer-by at the streets of Toronto when a man had fallen and had got a fatal injury. It happened because the wire which had fallen from the scaffolding punctured his artery, and the actor had been holding his neck to prevent the blood loss until the ambulance arrived. And when nurses asked him to say his name, Malkovich told them a false name. This story would have remained unknown if one of the witnesses hadn’t recognized the American star and hadn’t told about it. 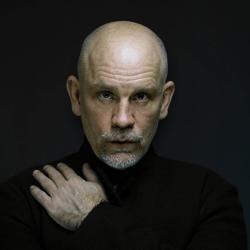