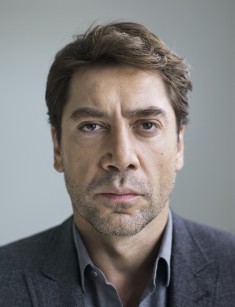 Javier Bardem and Penélope CruzJavier Bardem is the first of the Spanish actors who have got the Academic Awards. He was born on the Canary Islands at the beginning of spring of 1969. Javier belongs to the actor's dynasty which stood at the origins of the Spanish cinematography.

Along with his elder brother Carlos and his sister Monica, Javier is a grandson of the famous Spanish actress of the beginning of the 20th century - Matilda Muñoz and the director Rafael Bardem.

The mother of the actor Pilar Bardem and her brother Juan Antonio were also engaged in the art of cinematography. His father José Carlos Encinas Doussinague had his business in Spain, his ancestors were born in Cuba. When Javier was still a baby, his parents divorced, and Pilar with the children moved from the islands to the capital of Spain. Certainly, the actor's origin left a mark on Javier's childhood: in six years he had already taken part in the first picture "Cheat".

But the boy didn't think of the acting career. The painting was his hobby. Javier visited art lessons and even wanted to make the painting of the pictures his profession. For this purpose Bardem entered the educational industrial art school, the young man began to appear periodically on the screen so that he could pay for his studies. Later the young man understood that he wouldn't be able to become the great artist, and he got engaged in something that he was good at – cinematography.

His work in the movie "The Ages of Lulu" became a serious debut of the 20-year actor where he was invited on his mother's patronage. The young actor impressed the director of the picture Bigas Luna and he invited Javier to take part in his following movie "Ham, Ham". The comedy gained fame not only in Spain: at Venice festival, the actor was noted with the Silver Lion Award.

It’s noteworthy that Javier met Penélope Cruz for the first time on the movie set of this picture. But then they hadn’t had a love affair: the girl was only 16 years old, and she only began her acting career.

After the first movies with the participation of Javier the directors began to invite him to take part in the extravagant and provocative movies: "Golden Balls", "Mouth to Mouth", "Between Your Legs", "Éxtasis". But the young Spaniard had to improve his English till perfection and to play in the English-language movie in order to come to the international scene. And such moment had come in 1996 when his Hollywood compatriot invited Bardem to the project "Dance with the Devil".

In youth, the actor worked on the creation of the screen image of the lady's man and a passionate lover, but later he managed to leave this role.

Javier was noticed in Hollywood, and on the eve of the Millennium, the actor received the invitation to the movie which opened him as the drama actor. For the role of the runaway Cuban homosexual poet Reinaldo Arenas in the drama by Julian Schnabel "Before Night Falls" Bardem was nominated in 2001 for the Academic Awards and the Golden Globe Awards for Best Actor, but then he hadn't received the awards.

After the premiere of this movie, Al Pacino called the Spaniard and expressed the admiration of his acting. Javier still stores this record of his idol’s voice.

The actor continues his creative progress, acting in such pictures as the tragicomedy "Mondays in the Sun", the drama "The Sea Inside", the historical drama "Goya's Ghosts". For each role Javier prepares for a long time, he carries out huge internal activity on the transformation. That’s why each movie doesn't remain without attention of the movie critics and Bardem regularly enriches his trophies either with the national Goya Award or a figurine from the Cannes Film Festival.

His work in the thriller "No Country for Old Men" directed by the brothers Coen in 2007 where Javier had played the villain killer became Bardem’s finest hour. The actor who at first had been pleased with the script found out that it contained many violence and blood scenes and a lot of murders. Besides, Bardem still was not fluent in English and couldn’t drive the car at all. But the producers convinced him to play in this movie which as a result brought to Javier his first Academic Award.

Bardem became the first Spaniard who was honored with the award of the Cinematographers’ Guild. The actor also received his personal star on the Walk of Fame in Los Angeles.

Next, bright works of Javier can be considered his shootings in the romantic melodrama "Eat Pray Love" in which he played together with Julia Roberts and Brad Pitt. The shootings of the picture were held in Bali, it brought lots of positive emotions to all the participants.

Bardem successfully appeared in the well-known "Bondiana". In 2012 he acted in the movie about James Bond - "Skyfall" which release was dated to the 50th anniversary of the popular franchize. Javier performed James Bond's rival - his dark double. Javier's hero is also a retired agent by his profession who revenges the agent 007 for personal motives.

Javier Bardem has a brutal appearance. He is 181 cm high, he is athletic and slightly unshaven. He has remained muscular since his youth: then he was engaged in rugby along with his studies at the art school. Young Javier even entered Spanish national team on the ball game and participated in a number of international competitions.

Many spectators are interested in the following question: what has happened to the actor's nose? Whether it has a natural look or has it been broken once? In his interviews, Javier answers that he has broken it during the fight in one of the bars. It happened in the 90-s when he had just started his career.

It’s noteworthy, that in Hollywood Javier Bardem has his own doubles. One of them is Jeffrey Dean Morgan, the indigenous American. He became famous thanks to his roles in the series "ER", "Grey’s Anatomy" and "Walking ". The other double of the Spaniard is Robert Downey Jr., he doesn’t look so similar to Javier, but on some photos, the extraordinary similarity of two actors can be found.

Despite his hot and passionate southern blood, Javier Bardem had never been a reckless lady-killer. His first love affair had lasted for 10 years. During the shootings of the movie "Ham", the young actor got acquainted with the translator Christina Pales. The girl had been teaching English to Javier, and young people had got so fond of each other that they began to live together. Their relations hadn't finished with marriage and later came to an end.

The second love story of the actor again had begun on the movie set. During his work on the image of the main character of the movie "The Sea Inside," Javier managed to have an affair with Maria Belen Rueda Garcia-Porrero who was a married woman and a mother of four children. After the end of the shootings, their relations had finished too. The actor often complained of the loneliness and lack of mutual understanding from the women.

But finally, Bardem got lucky. In 2007 he met the love of all his life on the movie set of Woody Allen’s movie - "Vicky Cristina Barcelona". It was his old acquaintance, Spanish actress Penélope Cruz. After so many years of friendship, the actors have felt the connection between their souls and got engaged.

The declaration of love of Javier to Penélope can be considered a rather interesting fact in their romantic story. It happened on the tribune of the Cannes Film Festival during the award of the palm branch to the actor for the best role in the movie "Biutiful". All the audience gave ovations to the actor's action, and shining Penélope sent an air-kiss to her beloved man.

They celebrated their wedding on the Bahamas in 2010. In a year the actress gave birth to her spouse’s successor Leonardo, and two years later their daughter Luna was born.

In 2016 Javier Bardem was invited to the shootings of the movie "Pirates of the Caribbean: Dead Men Tell No Tales". The eminent actor played the ghost of the captain Brenda. Christoph Waltz, the hero of Tarantino’s thrillers had auditioned for this role, but the directors had relied on Javier.

Evidently, the producers decided that the Spanish actor was much more successful than the German actor at that period of time, and his participation would bring higher gross.

During the same period of time, the movie about the drug dealing legend Pablo Escobar had been prepared for the release at the studio of Luc Besson. In this movie, the couple of Bardem and Penélope had again taken part together. 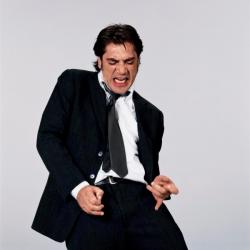