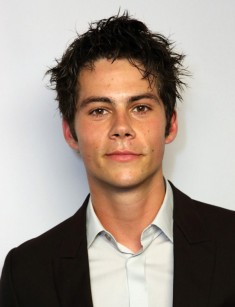 Dylan O'Brien is a young American actor, best known for the television series Teen Wolf and the fantastic thriller The Maze Runner.

Dylan was born on August 26, 1991, in New York, but soon moved with his family to Springfield. When the boy was 12 years old, the family settled in Hermosa Beach, California.

They often changed the place of residence due to the parents’ jobs. Dylan's father, Patrick O'Brien, was a camera operator on television and film studios, and mother Lisa Rhodes was an actress, although she was not well known. By the way, Dylan is the second child in the family. The boy has a sister, Julia, who is two years older than him. They are good friends. Nowadays she tells O'Brien's fans about all the news related to him on her social networking pages.

Dylan studied at the prestigious Mira Costa High School and graduated quite successfully in 2009. But at the age of 14, the guy gained some fame when he was a video blogger. On his YouTube channel, Dylan began to upload short videos that he directed, shot and edited. These short films were comic sketches with Dylan O'Brien in the title role.

After school, the young man planned to attend Syracuse University as a TV host and a sports broadcasting major. But at that time the young man was invited to film, which was a dramatic improvement in his career prospects.

Dylan began his acting career with a bit part in the movie High Road, which was released in 2011. The same year, the actor received a role that immediately made him a famous actor.

Dylan O'Brien (his height is 178 cm) did not have any high expectations when he auditioned for a role in Teen Wolf because it was not the first audition of the young actor. But the directors liked the man, and they decided to sign a contract with him.

Initially, the beginning actor was cast for the title role of the werewolf, Scott McCall, but O'Brien believed that he could better portray the image of the protagonist’s best friend, resilient and soulful "Stiles" Stilinski. His instincts were right, and Dylan brilliantly coped with the role and gained worldwide fame. His partner in the film was Holland Roden, and Dylan even had a romantic relationship with her.

Later, the actor played a bit part in the series New Girl about the young primary school teacher, Jessica (Zooey Deschanel), who is not lucky in love. After breaking up with a boyfriend, the young woman moved into the apartment, where three young men already lived.

In the romantic melodrama The First Time, the actor portrayed the hero of Dave who fell in love with the most beautiful girl at school, Aubrey (Britt Robertson), who did not pay attention to the high school student. Dave does some incredible things to win her heart.

In 2011, Dylan's filmography included a new role in the comedy High Road about a young man who runs away from home, as he fears that he would be accused of drug traffic. A teenager, Jimmy (Dylan O'Brien), flees together with him. The same year, the actor starred in the short film Charlie Brown: Blockhead's Revenge.

In 2013, the actor played a small role in the comedy The Internship. The film centers on two friends who, after being fired from their jobs, are trying to find a new source of income. Hollywood stars Vince Vaughn and Owen Wilson played the title heroes of the comedy.

However, it was not the comedy films that brought Dylan world fame. After the release of the science fiction thriller The Maze Runner, based on James Dashner’s famous novel of the same name, Dylan became a movie star.

The film tells about a hero, Thomas (Dylan O'Brien), who one day wakes up in an unfamiliar place called "Glade." To get out of the strange place, the young man will have to puzzle out mysteries and organize a team to fight the influential organization W.C.K.D. The film grossed $ 330 million worldwide. Thomas Brodie-Sangster, Kaya Scodelario, Giancarlo Esposito also starred in the movie.

While shooting the sequel Maze Runner: The Scorch Trials, the actor got into an accident and was severely injured. Initially, doctors considered the injury to be insignificant, but later it transpired that it would take him several months to recover.

However, the young man bravely coped with problems and could participate in the shooting of the new disaster film Deepwater Horizon which was released in the autumn of 2016. The film tells about an incident on an oil platform in the Gulf of Mexico. Ordinary shift workers could reduce the impact of the disaster at great cost. Mark Wahlberg and Dylan O'Brien played the title characters of Mike Williams and Caleb Holloway.

Dylan O'Brien met his girlfriend, actress Brittany Robertson, in 2011, on the set of the romantic comedy The First Time. They also began a romantic relationship there. The press soon reported that the young people broke up.

Neither the actress on her Instagram page nor Dylan on Twitter commented on the rumors about their personal life. However, fans suspected that the actor’s new girlfriend was Ukrainian Elena Dashkova. Then there were photos of Dylan O'Brien together with actress Shelley Hennig.

The talented actor’s hobby is also connected with creativity. Dylan plays the drums in the amateur band Slow Kids At Play.

Besides, O'Brien is a big baseball fan, and his favorite team is the New York Mets. The choice is obvious because the club represents the actor’s native city. Dylan says that no matter how tired he is or how late he comes home, he watches the Mets latest game, even if it is a rerun.

In 2017, the thriller American Assassin was filmed, and the actor played the leading role of CIA agent, Mitch Rapp, an excellent sportsman who worked as an undercover agent who caught terrorists for a long time. In addition to the main job, Dylan’s hero continues to fight the criminals on his own.

Nowadays the actor is filming in the third part of the franchise Maze Runner: The Death Cure, which is planned to premiere in 2018. In the new film, Dylan’s hero becomes the leader of the refugees’ team, who need to get into the Last City to rescue the friends from captivity. 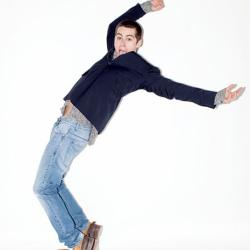