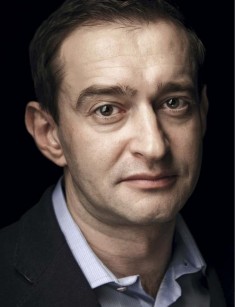 Today, Konstantin Khabensky is a popular actor. He looks natural in comedies, war projects, melodramas, and adventure movies. His movies raise the sustained interest, and the theater plays with the artist are widely popular. In 2012, Khabensky got the title of the People's Artist of Russia.

Konstantin Khabensky was born on January 11, 1972, in Leningrad. The child’s father was an engineer, and the mother worked as a math teacher. Kostya attended the nursery school and kindergarten in Leningrad. Later on, his family moved to the circumpolar city Nizhnevartovsk where the boy went to the primary school for four years.

In 1985, the family came back to native Leningrad. Konstantin’s life turned bright and exciting. Although he did not join drama clubs, he often hanged out with his subcultured friends: the young people spent time in the city underground walkways, played the guitar, and sang Yuri Shevchuk’s and Konstantin Kinchev’s songs.

Konstantin finished the secondary school; guided by his parents, he entered an aviation technical college where he studied for three years until he realized he did not understand engineering at all and needed to find something else.

In the late 1980s, the experimental theater with the young program “Zebra” was organized in Leningrad. As the actor told journalists, he and his friends managed to get there; Konstantin worked as a stage crew member and had the chance to appear on the stage in crowds of extras. The young man’s hands were shaking at first, but he got involved and realized the audience liked plays. Thus, he made the decision to enter a theater institute.

The would-be star’s student years were productive and rich. He met his best friends: Mikhail Porechenkov, Andrey Zibrov, and Mikhail Trukhin. The young men grew up together and mastered their acting skills in the institute performances.

As soon as young actors finished academies, Saint Petersburg theaters provided them with secondary roles. Konstantin Khabensky’s career began at the experimental theater “Perekrestok” (“Crossroads”) where he worked for a year. At the same time, the young man appeared on TV as a presenter. He also worked at the Satyricon Theatre named after Arkady Raikin in 1996 and often received secondary roles. Yuriy Butusov’s Waiting for Godot became Khabensky’s first significant work.

The actor was famous at the Saint Petersburg Lensoviet Theatre. In a while, Oleg Tabakov himself invited Konstantin to Duck Hunting. Khabensky worked at the Moscow Art Theatre rarely, but always right on target: his best roles pertained to that theater. After Duck Hunting, he played the main characters in The White Guard and The Threepenny Opera. His acting was outstanding in Hamlet and Der Kontrabaß.

In 1994, Khabensky’s movie career began with the episodic role in the comedy To Whom Will God Send. Three years later, the actor started receiving more offers and appeared in Natasha, Khrustalyov, My Car!, The Admirer, and so on. In 2000, the man won his first prize as the Best Actor at the Gatchina Film Festival for the role of Yuri Sapozhnikov in the drama House for the Rich.

At that period, the artist appeared in the series Deadly Force. Later, he told journalist how unexpectedly he got the role of Igor Plakhov: he went for the auditions tired after shooting and had no strength to talk to the director; he was just standing and smiling. The director had a look at the actor and suddenly gave him the lead part without auditioning. This series made the actor famous.

In 2002, the chain of fascinating movies began: In Motion, Night Watch, Day Watch, Admiral, The Irony of Fate 2, The State Counsellor, Poor Relatives. Khabensky was showered with prizes and titles: Best Male Actor, Gold Sword; in 2006, he became the Meritorious Artist of Russia for his artistic achievements.

Russian directors were not the only professionals who appreciated Konstantin Khabensky’s acting talent: Hollywood regularly invited him to various movies, such as Timur Bekmambetov’s action movie Wanted with Morgan Freeman and Angelina Jolie and the detective thriller Tinker Tailor Soldier Spy where Konstantin got the role of a Soviet diplomat. Gary Oldman and Benedict Cumberbatch played the main characters in the latter. In the action movie World War Z, the actor collaborated with Brad Pitt.

Khabensky confessed Hollywood projects were intriguing for him, and it was the perfect opportunity to meet new interesting people.

In Levan Gabriadze’s Lucky Trouble, Milla Jovovich and Ivan Urgant were Khabensky’s stage partners. It is interesting that the first letters of the actor’s second names made up an indecent word in Russian; for this reason, some movie theaters refused to show the movie.

In the mystic series Heavenly Court, Konstantin Khabensky and Mikhail Porechenkov played two friends, the Heavenly Court employees, who decided where a person’s soul would go after their death. Work often made them act for different sides.

Later on, Konstantin personified the famous singer Pyotr Leshchenko in the TV series Pyotr Leschenko. Everything That Was... Khabensky himself performed the songs “Ah, These Black Eyes,” “My Maruschka,” “Curly Forelock,” “Near the Samovar,” and other hits loved by people.

The audience enthusiastically welcomed the movie The Geographer Drank His Globe Away which brought Konstantin several Best Male Actor Awards; his partner Elena Lyadova received the Best Female Actor Award. The later movie Collector was also awarded the same prize. Konstantin played the only role in the movie: other characters’ presence was felt only through the phone conversations.

In the series The Method, Khabensky played the genius investigator Rodion Meglin. His character is used to working alone, but a law school graduate Esenya Steklova (Paulina Andreeva) is sent to partner him. Collaboration turns out to be a tough challenge for both of them. Aleksandr Tsekalo and Konstantin Ernst produced the project. In 2017, Tsekalo announced the series was bought to be broadcast abroad.

Today, Khabensky is one of the most highly-demanded actors. Many directors wish to invite him to their projects. When it comes to choosing new roles, the actor is pretty selective.

Following the events of his personal life, Khabensky founded a charity fund in 2008. The collected money is sent to treat children with brain diseases. According to the actor, it is a nice way to help people unselfishly. The man is not a mere official head of the organization: he actively participates in fund-raising. For instance, he staged the musical “Generation of Mowgli.”

Kids got the roles in the musical, and the funds were spent on treating children with oncology. The 2016 award “The Impulse of Kindness” confirmed how important the actor’s work was.

Since 2010, the actor has been opening creative studios. Today, there are many such organizations in Voronezh, Kazan, Saint Petersburg, Nizhny Tagil, and so on.

Konstantin Khabensky hides his private life from omnipresent journalists. In 1999, the journalist Anastasia Smirnova was lucky to meet the actor. Their relationship was not rapid: correspondence, phone calls, and occasional meetings. The lovers married in 2001.

Konstantin Khabensky’s wife was the woman who devoted herself to her beloved husband. In 2007, the couple’s son Ivan was born. At the same time, Konstantin and Anastasia learned the woman was gravely ill. Neither Russian nor American medics could treat her brain cancer. Anastasia died on December 1, 2008, in Los Angeles, in her mother’s house.

Nowadays, Konstantin’s son lives with his grandmother from the maternal line in Barcelona. Vanya is found of fencing, plays the guitar, and likes soccer. He is good at drawing and used to dream of becoming an artist. Khabensky is always in touch with his son; sometimes, the boy and his grandmother go to Moscow to visit Konstantin.

The wife’s death was a severe blow for the famous artist. As it has been mentioned above, Konstantin Khabensky founded a charity fund for children with cancer after that tragedy.

Five years later, the actor’s colleagues noticed he was dating his Moscow Art Theatre partner Olga Litvinova. In summer 2013, the 31-year-old actress and Konstantin married secretly; there was no elaborate wedding ceremony.

The actor’s fans keep a fan page on Instagram and post photos and videos with Khabensky found on the Internet.

In 2017, Konstantin Khabensky and Yevgeny Mironov starred in the movie The Age of Pioneers telling the story of the first man in space. The cosmonaut Alexey Leonov worked as the movie consultant. Mironov played Leonov, and Khabensky took the role of another famous pilot and cosmonaut, Pavel Belyayev. Critics appreciated the project while the box office was mediocre.

Later on, Khabensky played another historical figure, Leon Trotsky, in the series Trotsky which showed the life of Leon Davidovich and his role in the political arena.

In February 2018, Nikolay Khomeriki’s thriller Selfie came out. Konstantin’s character, the writer and TV presenter Vladimir Bogdanov, found himself in a weird situation: his double appeared and took away his work, fame, wife, and lover. In all these social roles, the double was better than Bogdanov himself. Only the daughter was waiting for her true father’s comeback.

The series Moscow is Speaking is being made now; the actor will play the radio announcer Yuri Levitan.

The new movie Sobibor has become the most significant event for the artist in 2018: it is his debuting project as a movie director. The based-on-a-true-event story is set at the Great Patriotic War period. The main character, the officer Alexander Pechersky (Konstantin Khabensky), is captured and put into a death camp. Throughout three weeks, the man makes people of different background raise to escape. It was the only successful escape from a Nazi concentration camp in the history of the Second World War.

Konstantin collaborated with both young and experienced actors: Christopher Lambert, Mariya Kozhevnikova, Michalina Olszanska, Gela Meskhi, and others. In one of his interviews, Khabensky mentioned it was a pleasure to cooperate with Lambert. Konstantin emphasized that the Hollywood actor was an outstanding personality in the word’s cinematography. 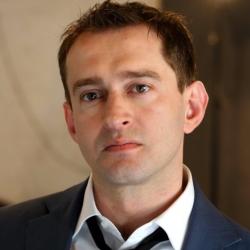