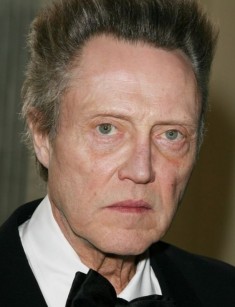 Christopher Walken is an American theater and film actor. He has played in more than a hundred films. Their grosses reached $1.8 billion. At the same time, the Hollywood star has mainly portrayed negative, even sinister heroes often with mental disabilities.

Christopher Walken (born Ronald) was born in the spring of 1943 in Queens, the second largest borough of New York City. The boy showed his talent in early childhood. He loved the theater and was fond of dancing.

He liked going to the cinema. Ronald often imagined that he played in movies. To feel involved in the alluring world of cinema, little Walken even found a job in a circus participating in some acts for free. It turned out to be the first acting lessons of Christopher Walken.

At the age of 10, Walken was lucky to meet the famous TV host, Jerry Lewis, and even participate in the popular variety series The Colgate Comedy Hour. At that time, the boy finally decided to become an actor.

A year later, Christopher Walken began his acting career. He made his debut in the legendary soap opera, which was listed in Guinness World Records as the longest-running drama in television. The series Guiding Light was released in 1952 and was broadcast until 2009. 11-year-old Walken was invited to play the role of Michael Bauer in 1954. The teenager played there for two years.

After a successful screen debut, the 15-year-old boy continued his career on the Broadway stage. Walken played Shakespeare's Hamlet and Romeo, appeared in productions Coriolanus and Macbeth. During this period, he changed the name of Ronald to Christopher.

At the age of 18, Walken decided to receive a degree in performing arts and entered Hofstra University, where his groupmate was Liza Minnelli. At that time, Christopher continued to improve his dancing skills. At the age of 20, the actor danced professionally and even went on a tour with his choreographic program.

In 1993, the actor appeared in the music video for Madonna’s song "Bad Girl."

Upon graduation from university, Christopher Walken continued to perform on the theatre stage and act in films. Perhaps the most prominent works were the roles in the TV series Hallmark Hall of Fame, Hawaii Five-O, and Guiding Light.

But film critics consider 1969 to be the start of the Hollywood star’s acting career. Then Walken appeared in the film Me and My Brother. The famous directors noticed the young actor after the release of the film and began to offer him prominent roles. So, Sidney Lumet invited Walken to play in his movie The Anderson Tapes, where Sean Connery played a title role.

Film critics and directors became interested in the actor after he had played a bit part in the dramatic film Annie Hall, released in 1977. This small role was followed by a starring one when the actor became truly famous overnight. The part of the Russian American Nikanor Chevotarevich in the drama The Deer Hunter brought Christopher Walken an Oscar Award.

The decades of the 80's and 90's were the heyday of Christopher Walken’s career. During this period, he rose to stardom and became a Hollywood star. Walken became world-famous for the smash hits Pennies from Heaven, Brainstorm, The Dead Zone, A View to a Kill and Communion.

Christopher Walken played only a bit role in this film. But the story "The Gold Watch" starts with the monologue of his character, Captain Koons. This monologue about war and Vietnamese captivity, which seems mad and absurd, has become one of the most prominent and cited scenes of the film.

But the actor’s characters are mainly negative characters, sinister and half-crazy people. Such roles look very realistic. Although other actors got the leading roles, Walken becomes a cult artist.

It is not surprising that the actor with such roles began to appear in the movies of Tim Burton, the famous lover of the mystical and gloomy scenes. At first, Walken played in the superhero film Batman Returns as the corrupt businessman, Max Shreck. In 1999, Christopher Walken starred in the gothic horror film Sleepy Hollow, the screen version of the famous short story "The Legends of Sleepy Hollow" by Washington Irving. Christopher Walken got the role of the main mysterious villain, Headless Horseman.

People began to associate the actor with mystical and horror roles even more after he portrayed the archangel Gabriel in the mystical thriller series The Prophecy. The actor got a leading role there.

The series consists of three installments united by a plot with the bible stories. The title characters of the films are angels, and the plot centers on the war in Paradise because some angels are disappointed that people got souls. Christopher Walken’s hero looks for the darkest human soul on Earth to win in the confrontation. Although his character is an angel, the films often underline the ominous essence of the hero.

In the 2000s, Christopher Walken was also famous. Fans of the actor were surprised when the favorite artist played comedic roles. He appeared in the movies Plots With a View and The Country Bears. The actor got a small but bright role in Steven Spielberg's film masterpiece Catch Me If You Can. For this work, Walken was nominated for an Oscar Award. It is noteworthy that he was no less popular than the famous colleagues in the project, Leonardo DiCaprio and Tom Hanks.

Over time, due to his age, the actor began to portray the former criminal bosses, retired villains, and other wicked old men. Christopher Walken played such roles mainly in comedy films. A vivid example was a role in the crime comedy Stand Up Guys, in which Al Pacino became Walken's partner on the set. The actors played together longtime accomplices who dreamt of returning their former criminal glory.

Christopher Walken's personal life is a boring subject for the paparazzi and the tabloid journalists. There is nothing to line their pockets because the actor has been married to a casting director, Georgianne, for 35 years. The couple met on the set of an early film when the actor was not yet so famous. Since then, the couple has always been together. This marriage has had neither betrayal nor scandals.

The only thing that could cloud their happiness is the absence of children. But everything is also simple because Walken does not love children and has never dreamed about them.

However, Walken’s biography has dark pages. In 2011, the investigation of the high-profile Nathalie Wood case was reopened. The woman disappeared during a voyage. At that time, the actress’s husband, Robert Wagner, and a family friend, Christopher Walken, were on the yacht. The men bore divergent testimonies, but the case was termed an accidental death and closed. But when the investigation was reopened, the cause of her death was changed to “drowning.”

Nowadays, the actor continues to film, but mainly in the family and comedy films. In 2016, Christopher Walken voiced King Louie in the adventure film The Jungle Book based on Kipling's work of the same name and inspired by the animated movie. He also played bit parts in the sports comedy Eddie the Eagle about the first British skier at the Olympics and in the comedy Nine Lives about a man who woke up inside the cat's body. In 2017, the actor also played a bit part in the comedy Father Figures. 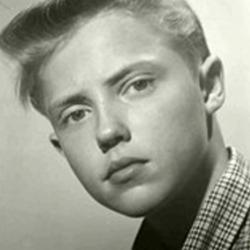