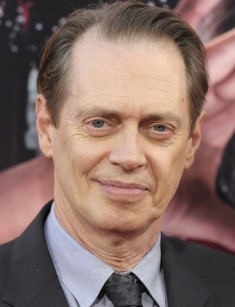 Steve was born on December 13, 1957, in Brooklyn, New York. The boy was the fourth son in the family of Dorothy and John Buscemi. Steve’s parents were poor people from Ireland and Italy. His mother worked as a waitress, and the father was a Korean War veteran and a sanitation worker. However, the children have never been ashamed of their parents and helped with the household work from an early age.

Steve Buscemi was keen on acting at school. After graduating in 1975, the young man could enter Nassau Community College, but he could only pay for the first semester. Buscemi left the college, took a civil service test and became a firefighter upon the insistence of his father. Steve applied for this job, but he did not wait until they took him. As life showed, the young man was right.

No one offered Buscemi a job for three years. He changed a lot of places. First, he worked as a loader, after a while he took the position of a waiter, then he was a newsboy and even an ice cream man. But Steve Buscemi did not abandon the dream of becoming an actor. When he finally got the position of a fireman, he worked for four years, saving money for studying.

Having saved a reasonable sum, Buscemi moved to Manhattan to enroll in the Lee Strasberg Institute. At that time, Steve Buscemi finally realized that it was his vocation. He was even more fascinated with theater and the film art. The future actor not only played with pleasure on the stage but also wrote scripts and even independently staged plays in small New York theaters.

Steve Buscemi made his debut in the movie Tommy’s. Later, the actor played a few bit parts. But according to Steve Buscemi, he started his acting career with a role in Bill Sherwood’s film Parting Glances. Steve got the role of a rock musician who died of AIDS. The film was released in 1985 and was the first Hollywood project, which frankly told about HIV and AIDS.

Steve Buscemi got bright and prominent roles in the early 1990's. The actor starred in the Coen brothers’ movies Barton Fink and Miller's Crossing. Later, he continued to cooperate with the Coens successfully. Buscemi appeared in their exciting projects Fargo and The Big Lebowski.

The next work was Quentin Tarantino’s film. The director was looking for an actor for playing Mr. Pink in the project Reservoir Dogs. Buscemi was a perfect actor for the role. Tarantino highly appreciated Steve’s skills and invited the actor to the next project called Pulp Fiction, which soon became a cult film.

It is a known fact that Steve Buscemi thoroughly prepares for each role, even if he plays a bit part. When the actor starred in Adam Sandler’s film, and he had to play a man who worked in a dead-house. Steve visited a real dead house for a long time, communicated with employees. As a result, the hero looked real and convincing, and the mortuary workers looked at Buscemi’s character as if he was their colleague.

Steve Buscemi could show acting skills in two seasons of the series Boardwalk Empire by Timothy Van Patten. The actor appeared in two images: the tycoon, who had the shadow business, and treasurer Nucky Thompson. The actor won a Golden Globe Award for Best Actor – Television Series Drama for the last role, as well as the prestigious Screen Actors Guild Award. The actor’s growing popularity allowed Steve to earn a high fee for his work. Under the contract, he received $ 75 thousand for the series.

Since the beginning of the 2000s, Steve Buscemi has become in-demand in the cinema. The actor starred in 7-8 projects a year. The most striking and famous works are the series The Sopranos and Coffee and Cigarettes II. Critics appreciated the actor's play in Tim Burton's film Big Fish. The legendary actor, whose height is 175 cm, participated in the shooting of Robert Rodriguez’s franchise Spy Kids, where he played the role of Romero in the sequels Spy Kids 2: Island Of Lost Dreams and Spy Kids 3-D: Game Over.

In the late 1980's, Buscemi met actress and director Jo Andres. Steve and Jo soon married, and in 1991 they had the first son, Lucian. The son debuted with his father in the movie Trees Lounge and the series The Sopranos. Steve Buscemi does not disclose his private life. The actor does not have personal pages on Instagram, Twitter or Facebook.

After the 9/11 attacks, the actor as a fireman took part in rescuing the victims from the twin towers. Buscemi worked with former colleagues, but he did not give a single comment or interview, not wishing to feed on the tragedy.

Nowadays Steve Buscemi’s personal life consists of his wife Jo Andres and son Lucian, who managed to star in several films. Some movie fans suggest that actor Bill Skarsgård is Steve Buscemi’s son. The young actor was born in 1990 and played the role of Pennywise the Dancing Clown in the thriller film It. However, it is not true because the actor looks like Steve in the photo, but there is no anything else that links them.

In 1997, Empire magazine named Buscemi one of the Greatest Movie Characters Of All Time and listed the actor in the top 100 movie stars. Steve took 52nd place.

In early 2016, the popular series Horace and Pete was released, and Steve Buscemi portrayed a representative of Pete’s family. The director of the film, Louis C.K., played a business partner, co-owner of the oldest pub in New York.

September 15, 2017, the comedy The Death of Stalin premiered at Toronto International Film Festival. The plot is based on the political situation after Stalin's death in the USSR. Steve Buscemi portrayed Nikita Khrushchev in the film, Simon Russell Beale played Lavrentiy Beria, Jason Isaacs played Georgy Zhukov, Gerald Lepkowski got the role of Leonid Brezhnev. Now the provocative filmmakers are waiting for the decision of the Ministry for Culture of Russia, which can ban the screening on the territory of the Russian Federation.

In September 2017, the shooting of the first season of the fantastic series Philip K. Dick’s Electric Dreams was finished. Steve played the leading role. In addition to the premiers, Steve continues to film in the adventure drama Lean on Pete and the thriller Nancy, which tells the story of the Internet fraudster Nancy Freeman (Andrea Riseborough). In the second film, Steve appeared in the role of Nancy’s lover, and the girl is afraid of losing him. 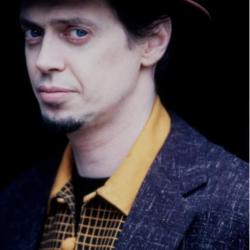