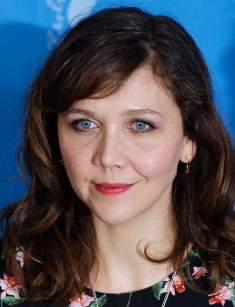 Maggie Gyllenhaal is an American actress who has become famous due to her role of Rachel Dawes in the blockbuster The Dark Knight. In due time the actress was nominated for Academic Awards for the role in the drama Crazy Heart and for Golden Globe Awards for her work in the movies Secretary Sherrybaby (in this picture there is a scene with naked Maggie).

Very few people know that Maggie took part in the mystical and avant-garde thriller Donnie Darko together with her brother Jake Gyllenhaal whom she later presented to the actress Kirsten Dunst.

Margalit Ruth (Maggie) Gyllenhaal was born on the 16th of November, 1977 in the largest city of the USA – New York. The actress’s parents who are Jews were engaged in the sphere of cinematography. Her father Stephen was a director who mainly shot the series and his mother Naomi wrote scripts. It's known that three years later after the birth of Maggie her younger brother Jake was born. When he grew up, he also decided to dedicate his life to cinematography.

It's noteworthy that most people say that the relatives who often appear in the same movies aren't similar in appearance. In such a way Jack looks more similar to his father by his appearance and Maggie with her stubby little nose, and a triangular face resembles her mother. Now the parents of the artists are divorced.

Very few people know that in childhood Gyllenhaal didn't have any dreams to follow in her parents' footsteps (though already being a teenager Maggie took part in the movies). After receiving the certificate of the secondary education, the future Hollywood star entered Columbia University where she was studying English literature for a couple of years.

During the student's years, Maggie got interested in the theater. As a result, the hardworking young lady got a bachelor's degree. Though, she didn't begin to work by her specialty and connected her life with the stage and later with cinematography. Her work in New York theaters and her visit to the Royal Academy of dramatic arts became the starting point in her acting career.

At the beginning of the career, Maggie received only episodic roles in various movies and series. The beginning actress started to receive full roles when she hardly turned twenty. So, in the film, Donnie Darko Gyllenhaal has embodied the part of the sister of the leading character who was performed by her brother.

The scandalous comedy-drama Secretary became the next movie with the participation of the actress. The shootings in this movie have brought recognition and fame to Maggie and also the nomination for Golden Globe Awards. Very few people know, but at first, the creators of the movie were going to sign the contract not with Gyllenhaal, but with Gwyneth Paltrow, but she refused. As a result, it was Maggie who performed the role of the mentally unstable person with an obsession for masochism.

The beginning actress enriched with a couple of new works each year, and the critics and spectators noted her talent and acting skills. If at the beginning of the picture Secretary, the actress embodied the personage of the unfortunate girl who at the end transformed into the little devil, later in the sequel to Nanny McPhee Maggie performed the character of the loving mother who is fed up with bothers.

Then there followed the shootings in the movie Stranger Than Fiction in which the charismatic young lady performed the role of a nice, perky confectioner, the girlfriend of the personage Will Ferrell. In 2008 there was premiered the movie The Dark Knight directed by Christopher Nolan in which Maggie replaced the actress who played the role of Bruce Wayne’s love – Rachel (Katie Holmes).

For the role of the journalist who tries to regain the career of the aging country musician in the drama Crazy Heart, in 2008 Gyllenhaal was nominated for Academic Awards. Unfortunately, then the actress hasn't received the desired statuette, and Jeff Bridges won the awards.

In the movie, White House Down the actress tried herself in the role of the security service agent who found himself in the epicenter of the terrorist chaos. The fan of the action, large-scale special effects, pathos and various grandiose effects, Roland Emmerich hardly persuaded Gyllenhaal to take part in this project. As a result, the movie star was satisfied with her work in the picture The Pornographer: A Love Story.

The year 2014 was marked by the release of the movie Frank directed by Lenny Abrahamson. The actors Domhnall Gleeson and Michael Fassbender performed the leading roles in this movie. The plot of the picture is concentrated on the young man called John who lives in the backwoods of England. Nothing special happens in the life of the young man who composes music and dreams about the glory. Though, when the band of touring rockers comes to his town, everything changes.

Frank, who is a head of the music band, is an eccentric musician, who never takes off his mask made of papier-matcher. By chance, John gets the place of the keyboard player in the band, and together with his new acquaintances, he sets off to Ireland to record the album with the psychedelic implied sense.

At the same time, the guy was taking the videos of the band in secret and published the material on his blog. He had no idea that his actions would result in numerous problems. In 2016 the actress enriched her filmography with the following movies – Beauty Mark, The New Empress, and Home.

The actress has two daughters. Maggie gave birth to her first daughter on the 3rd of October of 2006. The parents (when they haven’t been married yet) called their daughter Ramona. Only in the spring of 2009 Maggie and the father of her daughter Peter Sarsgaard (a star of the drama Boys Don't Cry, the mystical movie The Skeleton Key and the thriller Orphan) officially registered their relations.

Maggie gave birth to their younger daughter Gloria in April of 2012.

At present, the united family has settled in Brooklyn even though they shot in the movies in New York very seldom. The celebrities enjoy their distant location from their major "workplace," Los Angeles as in Hollywood they can keep some moments of their personal life in a secret. Their paparazzi would probably try to capture the actress during her walk with the children and Peter jogging in his favorite park each day.

In September of 2017, there was premiered the American TV series under the title The Deuce. Except for Maggie, there appeared James Franco, Chris Bauer, and Emily Meade. The action of the movie takes place in Times Square in the early seventies.

Vincent and Frankie Martino are win brothers (James Franco has performed both of them) who control all the local girls of easy virtue. In the pursuit of money, one of their girls Eileen Merrell (Maggie Gyllenhaal) tries herself in the new industry of pornography and involves her former employers in this.

Even though at present the actress who is 175 cm tall fully dedicates herself to work in the new movie which will be released in 2018, Maggie remembers about her fans. On Instagram, the actress regularly publishes her pictures from the fashion displays and also video cuts from her vacations.

It’s worth noting that the social networks are not the only source to tell the admirers about the latest news from Gyllenhaal’s life. On the web portals and printed editions, there are often published the materials referring to the creative biography of the Hollywood star. 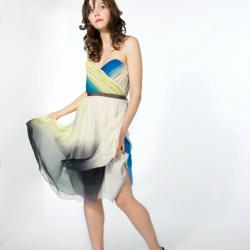