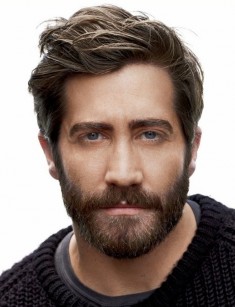 The American actor and the heartbreaker Jake Gyllenhaal was born on the 19th of December, 1980 in Los Angeles, California. He was lucky with his family, which, perhaps, predetermined his future biography. Jake's father is a director, his mother is a scriptwriter.

Jake was the second child in his family, his elder sister Maggie also became an actress. Their parents tried to raise their children in a strict manner, according to aristocratic traditions, as the clan of Gyllenhaal was known in the high society of Switzerland.

For the first time, Jake acted in the movie when he was 11 years old. The picture "City Slickers" became his debut. Then his father gave him some little roles in his other movies.

Jake has roots of different nations, but he considers himself a Jew. At the age of 13 years, as well as it is necessary to the Jewish boys, he underwent the ceremony of Bar Mitzvah. His wealthy parents chose the convent of the homeless for this purpose. They wanted their son to cherish what he had, and respect family values and traditions.

During his school years, Jake Gyllenhaal worked partly so that he could travel together with his family all over the world. At that time he already understood that money was earned with labor. He washed the dishes in the kitchen of the restaurant, he had a temp job as an officer of the law at the beaches.

After school, the guy entered Columbia University. This higher education institution was familiar to his family because his mother and his sister had been studying here in due time. But Gyllenhaal Jr. got bothered of the studies for a short time and after he had finished the first course he dropped off of the university.

The guy decided to devote himself completely to the acting career and having such parents it was much easier for him to get settled in the Hollywood movie industry.

After the first course of the university Jake was invited to play the leading role in the movie "October Sky". He managed to present precisely the character of the young man Homer who dreamed to construct rockets. In the fantastic movie "Donnie Darko" the actor again proved himself brilliantly. In this movie, he played together with his sister. The picture wasn’t of much success in hire but after the movie was released on DVD it began to gain popularity quickly.

Further, the lucky streak of Jake Gyllenhaal had ended - the pictures in which he took part, were met by the audience with restraint. The luck and success came to him after his role in the picture "The Day After Tomorrow". The movie earned a gross of more than half a billion dollars.

In a year all Hollywood started to speak about Jake Gyllenhaal and Heath Ledger. The drama "Brokeback Mountain" narrating about the man- love of two cowboys mentioned a forbidden, but so appealing subject to the audience. With all the depth of his acting skills Jake had shown the weak sides and sacrifice of his character, and his passions and thoughts that the love had no gender.

His popularity was supported by the movies "Jarhead", "Zodiac", "Prisoners". In 2006 Jake Gyllenhaal was nominated for Academic Awards but unfortunately, he didn't get the desired statuette. But he awarded the prize of BAFTA and other prestigious awards, and his Oscar statuette, perhaps, would be waiting for him in future.

In 2009 the actor appeared in the screen-adaptation of the computer game "Prince of Persia: The Sands of Time". Here the attention of the audience was attracted only by acting or oriental coloring, but also by the naked torso of the "prince". After this movie, Jake began to appear even more often in the amateur web ratings of the best torsos in the movies.

In 2015 Jake Gyllenhaal took part in the drama "Demolition". He received a leading role and embodied on the screen a sensitive psychological image of the person who didn’t feel anything after the sudden death of his wife, but Jake’s character wrote extensive autobiographical complaints to the service provider and had an overwhelming desire to destroy his apartment and his life.

In 2016 Jake played a leading role in the movie "Nocturnal Animals" which was called an esthetic thriller by the critics. Amy Adams became his partner at the shootings.

The release of at least three movies with Gyllenhaal which were designated the status of blockbusters by the critics was set for the year 2017. One of them is the science-fiction thriller "Life" in which besides Jake the leading roles were performed by Ryan Reynolds and Rebecca Ferguson.

After the premiere of the picture "Brokeback Mountain", the pressmen started talking about Jake's bisexuality: he had played his role too believable. The actor didn't deny these rumors and didn't hide his joy that his talent had been estimated adequately. Jake and Heath Ledger, his partner in the movie "Brokeback Mountain" were connected by true friendship – he had christened the daughter of his friend.

In 2001 Jake Gyllenhaal had relations with Jenny Lewis for a short time. Next year his sister acquainted him with the actress Kirsten Dunst. Their relationship lasted for nearly two years. Later, Jake had a number of short affairs with his partners on the movie set.

In 2007 the public discussed Jake's relations with Reese Witherspoon, his colleague on the movie "Rendition". The couple denied these rumors, but after the official divorce of Reese with her husband the actors were seen together even more often, and the interest in their relations was renewed. This time, on the contrary, even after their break-up the press services of both celebrities claimed that they were still together.

Then Jake had a love affair with Natalie Portman that was also discussed in the press. As well as in many previous and future cases, it is difficult to tell whether the actors have been in relations or it's just been a fiction of the press or a PR stunt of the movie companies. Anyway, Jake gave some enthusiastic interviews about Portman in one of which he complained how difficult it was to choose the place for their dinner, as Natalie was a vegetarian. Portman, in her turn, spoke very fondly of Gyllenhaal too.

In 2010 Jake was said to have a love affair with the actress Anne Hathaway with whom they had played lovers in the picture "Love & Other Drugs" and they acted together in some frank scenes. The actors didn't comment on these rumors in any way, but on the wave of the popularity of their possible relations, they organized a gutsy photoshoot for the "Entertainment Weekly " cover.

In the fall of 2010 journalists started talking about the new passion of Jake - the performer of country music - Taylor Swift. They had been meeting each other in less than three months; by New Year Jake Gyllenhaal was single again. But in 2011 new gossip appeared: Jake had had a love affair with Dakota Johnson. In 2013 the press had had a new version of the actor’s relations. According to paparazzi, Gyllenhaal began to meet the model Emily DiDonato.

The model Alisa Miller is one of the last partners of the actor. Lovers often appeared in public together and also lived together, but soon they began to be a little on edge with each other. It is said, that Alisa couldn't stand the long-distance relationship when Jack had flown away for the shootings of the next movie. According to some sources, Jake Gyllenhaal had just run away because he, unlike Alisa, wasn't ready for the serious relations.

Soon, in the middle of 2015, the press started talking about the new relationship of Jake, with Rachel McAdams this time. The rumors had started because of the fact that actors were often seen together in spite of the fact that their joint shootings in the picture "Southpaw" had been finished half a year before. Journalists got a series of the photos of the couple at the restaurants and on the walk. But Jake refuted all the rumors, had told at the program of Ellen DeGeneres that he didn’t meet anybody at that time.

In winter of 2016, Jake was seen in the company of Margot Robbie, an Australian actress who a bit later became extremely popular due to her role in the blockbuster "Suicide Squad". The journalists not only noticed Jake and Margot's gentle embraces, but also an expensive ring on the ring finger of the girl. At the very time, the press was filled with the assumptions about their engagement and began to predict Margot as a future wife for Jake. At the same time, Gyllenhaal negated the gossip about their relations, and Margot Robbie confessed to the journalists that she in principle wasn’t going to look for the husband in the artistic crowd.

According to the press, now the actor is single. He celebrated the Christmas holidays together with his old girlfriend Greta Caruso with whom he had no romantic relations. Jake and Greta have known each other for more than 10 years, and Gyllenhaal emphasized several times that they were only friends.

The Hollywood actor admitted in one of his interviews that his main goal in life is to find the right woman for him. For now, he is still one of the most eligible Hollywood bachelors. 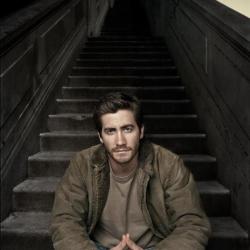