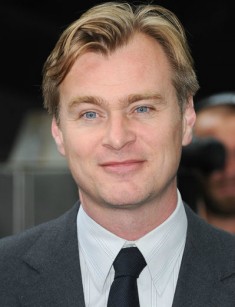 Christopher Jonathan James Nolan - is a Hollywood film director of British origin, producer, the legend of the international cinematography. The owner of three Oscar statuettes and a plenty of other international awards. The director of the "Syncopy Films" movie production company. The author of the super-hero trilogy on Batman's deeds.

Film director, scriptwriter, and producer Christoper Nolan was born on the 30th of July, 1970 in the family of the Englishman and the American woman. His father Brendan James earned his life with the advertisement, his mother Christina Jensen worked as a flight attendant.

His family was related to the cinematography. Their paternal relatives – the uncle of the boy John Nolan and his wife Kim Hartman had a brilliant film career. Their daughter Miranda, Christopher's cousin, also followed in the footsteps of her parents.

Since young years it was found out, that Christopher didn't distinguish red and green colors. However, colorblindness didn't prevent Noland from creating visual arts in future. The fact, that he was left-handed contributed to the development of his unconventional vision of the director.

Christopher and his younger brother Jonathan spent their childhood in two countries, both of them had dual citizenship. By the way, Jonathan is a co-author of nearly all the movie masterpieces of his brother.

Christopher could have chosen another path, if not for the "Star Wars", directed by George Lucas and the relaunched science-fiction movie "Space Odyssey", directed by Stanley Kubrick.

These movies impressed Christopher so much, that the boy started to write twisted plots, and then he filmed them with his father's camera. The guys became the heroes of the short movies. Nolan was 8 years old at this time.

This childhood hobby became the real passion of Christopher. The young man knew, that he would shoot movies, but he wasn't confident in himself. As the director told later, he wasn't a lucky man in his life. He said that he was more a kind of a pessimist, what can be noted in his look of the eyes if you stare at his portraits.

After school, Christopher Nolan entered the English Literature faculty of London University and continued his experiments with the movie directing. Some of his short films ("Larceny", "Doodlebug", "Tarantella"), shot during his student years, were shown at the festivals, also in Cambridge.

The movies directed by Nolan are always special and you can easily recognize them. He has his own directing style: the plot is unpredictable, and the time flies forward or suddenly returns back, and the movie is perceived with much interest. That's why his 7 movies got into TOP-250 movies of all times according to «IMDb», and the general profits to be earned from the film distribution were amounted to 4 billion dollars.

Like any other great artist, Nolan has his favorite actors, whom he regularly invites to his projects. Christian Bale, Morgan Freeman, Tom Hardy, Cillian Murphy, Gary Oldman are among the favorites of the director. Most frequently Nolan invited the actor Michael Caine, who played 7 different roles in the previous movies of the director.

As a serious director, Christopher had his debut in 1998. Nolan shot a full-length movie "Following" with a budget of $6000. The director was preparing for some years to begin working on the movie. Nolan created his own production company "Syncopy Films" headquartered in the Burbank, California. Later, Christopher directed 10 blockbusters on the base of his own production company together with other companies.

The plot of the first full-length movie tells the story about the would-be writer, who looks for inspiration following people and taking photos of the strangers. Already in his first movie, Christopher Nolan defined with the major genre of narration for himself: neo-noir, the movie, created in the pessimistic atmosphere. The box office of this movie exceeded the expenses in 7 times and reached 43 thousand dollars – what was rather good for the aspiring director. The movie was awarded with four international awards in 1999.

In 2000 Christopher Nolan directed one more low-budget movie "Memento" with Guy Pearce in the main part. The premiere of the movie took place at the Venice International Film Festival. The detective story was nominated for the Academic Awards. The budget of the movie reached 9 billion dollars, and the gross 4 times bigger. That year the project became one of the most popular. At that moment the producers paid attention to the talented and promising director.

In 2002 Christopher Nolan finished the movie "Insomnia". The action of the movie takes place in a small town in Alaska, where the girl was killed in mysterious circumstances. The investigation was requested to the two experienced detectives from the continent. The major parts in the detective are played by the Hollywood stars Al Pacino, Martin Donovan, Robin Williams. Harrison Ford also auditioned for the major role in this movie. The movie became a kind of a test for the director. With a budget of 46 million dollars, "Insomnia" had a gross of 67 million dollars. The most powerful people in the movie industry wished to cooperate with Nolan.

In 2005 Christopher directed a new blockbuster "Batman Begins". This movie was based on the plot of the comic book "The Man Who Falls, Batman: Year One" and "Batman: The Long Halloween". The movie opened a new page in the artistic biography of the master. It didn't take long for the huge success, as the director managed to create a special atmosphere in the movie and showed the depth of the character of the main hero. For two weeks the movie earned 200 million dollars.

Nolan invited Christian Bale, Katie Holmes, Michael Caine and Gary Oldman to play the major parts in his movie. Computer graphics for the movie were created by the developers of the "Double Negative" studio. The movie brought its creators a couple of Cinematography awards. According to the "Total Film", the blockbuster received the first fans' awards. After this Nolan's career moved forward.

Just after the end of the shooting, Christopher started to write a script for the detective movie, based on the book of Christopher Priest. The movie "The Prestige" came on the screen in 2006. For the major parts, he chose the actors, who proved their talent before: Hugh Jackman, Christian Bale, Scarlett Johansson and Michael Caine. The British musician David Bowie also joined the actors' stuff. The mystic story of the death of a couple of the circus artists brought the authors two nominations for Academic Awards.

Soon, the filmography of the director was expanded by the new part of the trilogy about Batman "The Dark Knight'', the premiere of which took place in 2008. The effect of the movie was like the explosion of the bomb. The movie broke all the records in distribution, earning 67 million dollars during the first 24 hours and entered TOP-250 best films of all times. It got the 4-th place and gave up three guest positions to the detective movies "The Shawshank Redemption" and the dilogy "Godfather".

2018 was marked for the director as a year, when his dream, which he was achieving during 10 years, came true. Christopher Nolan exposed to a critical audience his action movie "Inception" with Leonardo DiCaprio in the role of industrial spy Dom Cobb. Christopher wrote the science - fiction plot for this movie himself. The movie took the 14th place in the TOP-250 rate of the movies. Christopher had a goal to create the movie narration, which could make you doubt about the reality of reality. During his work over this movie he based on the movies "The Matrix", "Dark City ", "The Thirteenth Floor".

Christopher Nolan is married to Emma Thomas, the couple brings up 4 children – sons Oliver and Magnus and daughters Rory and Flora. Nolan met his future wife when he was studying at the university. Emma is as old as Christopher, she was born in London.

During their life together it seems, that they didn't get tired of each other for so many years. Emma and Christopher are together both at work and at home. Emma Thomas produces her husband's progress and she is his permanent assistant. During 20 years Nolan's wife controls the production processes at the family film studio.

In March 2016, the next part of the franchise of the superhero movie "Batman v Superman. Dawn of Justice" came on the screen. July 13, 2017, the war drama "Dunkirk" featuring Fionn Whitehead, Tom Hardy, Cillian Murphy, Mark Rylance, was released.

The movie critics called this movie the best in the director's career ever. The budget of the movie paid back the investments 4 times during one month.

Now the master is working on the script of the new project "The Keys to the Street", the date of its release is not known yet. 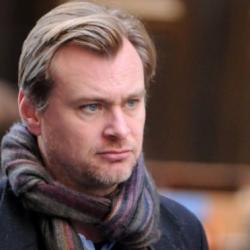