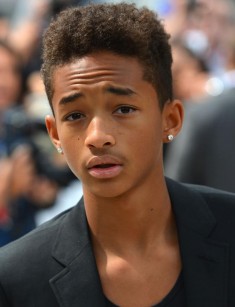 Jaden Christopher Syre Smith is the son of the famous Hollywood actor Will Smith and the popular actress Jada Pinkett Smith. He is a talented young man who has proved to be a good actor despite his young age. Jaden has also achieved a lot as a singer and dancer.

The boy was born in July 1998 in Malibu, California. The star parents decided their kids, the son Jaden and the daughter Willow would be home-schooled. Thus, they have never attended school like the majority of their peers did. However, they learned to work hard from an early age.

Jaden discovered his musical talents early. For this reason, Will Smith provided Jaden with music education and took him to charity events and concerts that helped Zambian children with HIV/AIDS. The boy’s artistic abilities were noticed during one of such shows.

Jaden Smith began his movie career at the age of five: in 2003, the popular series All of Us came out. In 2006, the star boy gained his first significant role: the son of the main character in the series The Pursuit of Happyness. The movie was destined to succeed: Will Smith himself took the lead part. Eight-year-old Jaden proved his acting was as good as his father’s.

The movie tells the story of a single father, Chris Gardner, who did everything to make his son’s childhood happy. However, he fails to make the rent for the apartment; the family is evicted. Under these circumstances, Gardner becomes a trainee in a brokerage for six months; his work is not paid.

The audience and critics believed the boy was talented and predicted he would succeed in the future. This biographical project brought Jaden Smith his first achievements: MTV Movie Award for Breakthrough Performance, Teen Choice Award for Choice Movie Chemistry, and PFCS Award for Best Performance by Youth in a Leading or Supporting Role – Male.

The Pursuit of Happyness made a fascinating start for the young actor. In 2008, he “separated” from his father and appeared in several episodes of the series The Suite Life of Zack & Cody. The same year, he participated in the fantastic movie The Day the Earth Stood Still starring Keanu Reeves.

In 2010, the audience enjoyed the young man’s improved acting in The Karate Kid; he had the chance to collaborate with Jackie Chan. The movie was top-grossing and brought seven times as much money as it was spent on its production. After this success, the sequel of the project was going to be made, and Jaden was supposed to come back to the role of Dre Parker. However, the movie creators still have not begun to shoot the movie.

In a while, the actor appeared in the documentary Justin Bieber: Never Say Never about the famous singer’s life and the futuristic movie After Earth where Jaden cooperated with his father for the second time. Still, this project was not as popular as The Pursuit of Happyness. Critics ripped the movie to pieces, and the audience’s attitude was ambiguous. Eventually, the movie had six nominations for the Golden Raspberry.

Jaden Smith did not forget his interest in music and singing. Together with Justin Bieber, he recorded the popular single “Never Say Never” that became a soundtrack for the movie under the same title. Soon, the young musician released several solo hip-hop tracks some of which were broadcast by the American radio channels.

In January 2016, Jaden Smith became a spokesperson for the womenswear campaign for Louis Vuitton.

The artist’s age has not prevented him from having romances. Jaden Smith’s personal life has often been the subject of discussions in tabloids. For a long time, the media believed the actor was dating the model Kendall Jenner, the sister of Kim Kardashian. As it turned out, these were only rumors.

People also used to say that Jaden was dating Kylie Jenner, not Kendall at that moment. The couple gave no comments. The paparazzi managed to take some pictures of young Smith and Kylie who had a vacation in England. Some media even called them one of the most beautiful couples in the United States.

Further on, Jaden was seeing the model Sarah Snyder; their relationship lasted for more than a year. The young man’s parents liked Sarah.

In 2017, the young man was seeing Odessa Adlon, the daughter of the actress Pamela Adlon. The couple spent a vacation in Miami together; this is where journalists noticed them. When the young people realized they were watched, they began to make faces in front of cameras and give finger signs.

In November 2018, the international media and the general public were discussing the sensation: Jaden Smith came out. The young man announced he had a boyfriend during the concert of the rapper Tyler the Creator.

Tyler did not expect Jaden to be so sincere and left the stage, covering his face with his hands. Later, the young people were communicating via Twitter: Jaden said he had made the declaration of love so that Tyler could not deny it. “You a crazy n***a man,” the rapper responded.

In one of his interviews, Jaden said he wrote poetry; it helped him manage his low spirits. Besides, the young man is known for his charity and environmental activities. Together with his father, Jaden launched the production of bottled water with the help of innovative technologies.

In January 2017, the actor presented a men’s clothes line; in November of the same year, Jaden presented the debuting solo album SYRE.

Following the long time-out, Jaden Smith appeared in the series The Get Down (2016-2017). Soon, new projects followed. Jaden got the lead role in the comedy Brothers in Atlanta. He also voiced one of the main characters in Neo Yokio; Jude Law and Susan Sarandon participated in this project as well.

In January 2018, the artist had an episodic role in the drama Skate Kitchen.

The new movie with Jaden, Life in a Year, promises to be a success. Cara Delevingne became the actor’s stage partner. To participate in this movie, Smith had his dreadlocks cut, and Cara had her head shaved.

The movie illustrates the story of two teenagers’ love. One day, Daryn learns that his beloved one, Isabelle, gravely ill; he offers her to live the life she wanted to have in one year. At the same time, the young man makes Isabelle’s cherished dreams come true. 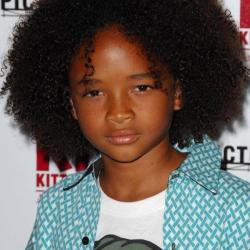