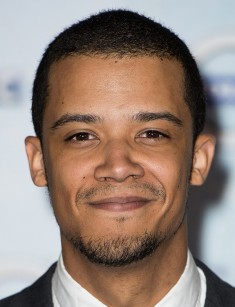 Jacob Anderson is a famous English actor. He became popular after his roles of Omen in the movie "Adulthood" and Grey Worm in the epic movie "Game of Thrones".

The future actor was born in summer, on the 18th of June, 1990, in Bristol. Since childhood, the boy was fond of music and cinematography. When Jacob turned 17, he moved to London to realize his musical career.

Though the young man went to London with the major aim to conquer the scene and the audience with his songs, at first he began his acting career. In 2008 Jacob received one of the key roles in the movie "Adulthood". Jacob Anderson performed the character of Omen. This drama had got controversial feedbacks from the critics, but for the first weekend, this movie earned the decent budget. The picture told the life story of Sam Peel after he had got out of prison.

In 2010 the audience saw the crime thriller "4.3.2.1.". It was directed by Noel Clarke, who had shot the movie "Adulthood". Jacob played the role of Angelo in this picture. The story of four girls was represented in this movie. Tamsin Egerton, Emma Roberts, Ophelia Lovibond and Shanika Warren-Marland performed the leading roles in this movie.

Before the above-mentioned movies, Jacob appeared in the series "The Bill", "Primeval", "Catastrophe" and "Ghosted". Afterward, the young man took part in the movie series "Injustice". On the screen, the actor embodied the teenager in the juvenile correctional facility. Besides, the actor appeared in one of the episodes of "Outnumbered" series.

In 2011 Jacob took part in a slasher movie "Demons Never Die", where he played the role of Ricky. The picture was directed by Idris Elba, known to the audience by his movies "Thor", "The Mountain Between Us", "The Dark Tower". Then Jacob Anderson acted in the second season of the comedy TV series "Episodes". Matt LeBlanc and Stephen Mangan took the major parts in it. Also, the famous actor Matt LeBlanc played himself in this situational comedy.

In 2012 Anderson was considered for Ryan's role in the TV series by "Skins". He played the role of the assistant of Mini’s father. However, he had appeared only in one episode. The same year together with Adam Deacon - his colleague on the movie "Adulthood" he took part in the movie "Comedown". The movie was directed by Menhaj Huda.

Except for his roles in the movies and series, the actor regularly appears on the theatrical stage. He acted in the play "Dunsinane" which was staged by The Royal Shakespeare Theatre and also he took part in the play "King Lear" at the Young Vic Theatre and in "War Horse" at the Royal National Theatre.

Since summer of 2012, the actor enlarged his filmography with a role in the popular saga "Game of Thrones". On the 20th of August, 2012 Jacob was approved for the role of the Grey Worm – the commander-in-chief of the Unsullied. David Peterson, who designed languages of the epic, noted that Jacob Anderson had responsibly approached the representation of his character. The hero of the actor talked in low Valyrian language. Jacob had achieved such great pronunciation that it seemed as if he was fluent in this designed language.

In the series "Game of Thrones" the Grey Worm appeared in a juicy scene with the heroine of the actress Nathalie Emmanuel. The fans of the series hoped that there would be passion between Jacob and Nathalie in real life, but this didn’t happen.

In one of his interviews, the young man encouraged the producers of the saga to add more naked scenes with the men in the series. But the actor refused to set an example for others because of his excessive modesty and shyness. The suggestion of the actor was supported by his female colleagues on the epic - Natalie Dormer, Carice van Houten, Natalia Tena, Sibel Kekilli and other actresses.

Alongside with this project the actor appeared in the drama "Broadchurch", in which he played Dean Thomas – the boyfriend of Chloé Latimer. In 2016 Jacob tried himself as a director. He united with "Topman’s Openshoot" and together they created the video for the "Cowards" song.

The actor together with the rapper Plan B recorded the song "I Need Love" which became a soundtrack to the movie "Adulthood". In 2013 Jacob signed the contract with Columbia Records and released a mini-album "The Middle Child" under the scenic pseudonym of Raleigh Ritchie.

This pseudonym appeared due to Anderson’s two favorite characters in "The Royal Tenenbaums". The album received a positive feedback. Besides, Jacob went on tour together with Kendrick Lamar and performed as an opening artist.

His private life has been settled for a long time. Since 2011 Jacob Anderson has had relations with the actress Aisling Loftus. The girl doesn't seek to marry early. At first, she wants to achieve success in her career. Aisling was engaged in acting since the age of 9. Aisling is known to the audience by her roles in the pictures " War & Peace" where she played the character of Sofia Rostova, "Gun Shy" and in the short –length movie "Jade". For the last one, the actress awarded the Silver Bear award at Berlin Movie Festival. In 2013 the couple began to live together.

The actor has a microblog on Instagram where he posts his personal photos and videos. According to his pictures, besides movies and music, Jacob is fond of motorcycles.

The actor is inspired by Donald Glover's creative work. Jacob likes to wear baseball caps, black jeans and a T-shirts with "Spiderman". Jacob is 175 cm high.

Now the actor works on the movie "Overload". The premiere of the picture is set for the fall of 2018.

The plot of the movie takes place during the times of the World War II. The group of the American soldiers lands behind enemy lines to carry out their mission. But, while approaching their destination, the soldiers understand that some mysterious and unexplainable things occur in the Nazi village.

Julius Avery who had shot the movie "Jerrycan" became the director of this picture. He awarded the Jury Prize for his short movie at Cannes Film Festival.

Iain De Caestecker, Johan Philip Asbæk, Bookem Woodbine also took part in the movie together with Jacob Anderson. Anderson got acquainted with Johan Philip during the shootings of the series "Game of Thrones". 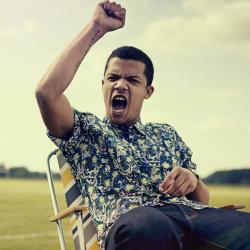