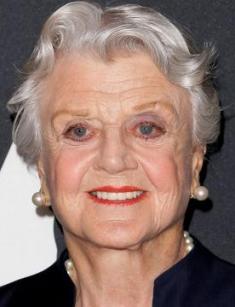 Angela Brigid Lansbury is an English and American actress who received an Academy Honorary Award for her lifetime achievement. She is also one of the record holders for the number of Tony Awards. In 2014, Angela Lansbury was made a Dame Commander of the Order of the British Empire by Queen Elizabeth II for her contribution to the dramatic art and charity. She is best known for her roles in classic detective stories Murder, She Wrote and Death on the Nile, as well as the comedy Nanny McPhee.

Angela Lansbury was born in Regent's Park, central London. Her mother, Moyna Macgill, was an actress, and her father, Edgar Lansbury, was a wealthy English lumberman and politician, a member of the Communist Party of Great Britain and the Poplar borough councilor, where the family lived there at that time. By the way, Angela's grandfather is the famous English politician, the Labor Party leader, George Lansbury.

Angela Lansbury had an older half-sister, Isolde, who was the daughter of Moyna's previous marriage to the director and screenwriter, Reginald Denham. When Lansbury’s second daughter was four years old, Moyna gave birth to twin boys, Bruce and Edgar.

In winter, the family lived in their apartment in London, and in summer the children were sent to Ireland or the south of England, Oxfordshire.

When Angela Lansbury was nine years old, her father died suddenly of stomach cancer. The actress later recalled that the passion for theater was an attempt to escape from reality. Due to financial difficulties, the mother married a Scottish colonel, Leckie Forbes. Since 1934 Angela studied at an independent school for girls for five years. Nevertheless, she still considers herself self-educated, learning from books and theater productions.

In 1949, Angela Lansbury began studying to play the piano and acting at the Webber Douglas School of Singing and Dramatic Art in West London. Then she first went to the theater stage. But when the UK was involved in World War II, the mother and three children moved to Canada. Only the older daughter, Isolde, who had already married the future actor, Peter Ustinov, refused to go. In a while, the family moved to the United States, and Angela gained a scholarship from the American Theatre Wing, allowing her to study at the Feagin School of Drama and Radio, where she graduated in 1942.

Angela Lansbury made her movie debut in 1944, playing a servant in the thriller Gaslight. Her first role earned her an Academy Award nomination. Her second role, the character of Sibyl Vane, in the drama The Picture of Dorian Gray also caused a sensation. The sports film National Velvet was a success too.

It should be mentioned that Angela Lansbury always dreamed of playing the leading roles, but directors saw her as femme fatale that would emphasize and shade the main characters. Therefore, for a long time, the actress got the parts of sisters, mistresses, and mothers. It got to the point that at the age of 22, Angela portrayed 45-year-old Kay Thorndyke in the film State of the Union directed by Frank Capra. At about the same period, she played Queen Anne of France in the adventure movie The Three Musketeers and the mature lady, Audrey Quail, in the melodrama The Red Danube.

One of the most famous films with Angela Lansbury was released in 1962. It was a political thriller The Manchurian Candidate, in which she portrayed the influential senator’s wife, whose goal was to kill the candidate for the US presidency with the help of her only son. It's funny, but Lansbury was only three years older than actor Laurence Harvey, who played her son. Legendary Frank Sinatra also took part in the film. This work earned Angela Lansbury another Academy Award nomination and the Golden Globe Award.

By the way, at the same time, the actress co-starred with another world legend, singer, and actor Elvis Presley in the musical comedy Blue Hawaii. However, the woman later said that she considered it the worst project in her acting career. In 1978, Angela portrayed an alcohol-addicted writer, Salome Otterbourne, in the film adaptation of Agatha Christie’s novel Death on the Nile, and two years later she played Miss Marple in another film, based on the book “The Mirror Crack'd” by Christie.

In 1984, Angela Lansbury accepted the offer to play the role of Jessica Fletcher in the TV series Murder, She Wrote. This character made her world-famous. The series was successful in the English-speaking countries, so it was broadcast during prime time on CBS for 12 years. Then the full-length films about the charming widow, detective Jessica, were made. Interestingly, more than 30 directors, one of them was the actress’s son, worked on this project.

Angela Lansbury was nominated for the Primetime Emmy Award for her role in this TV series, but she did not win it. As a result, Lansbury held the record for the most Emmy losses by a performer. She also did not receive the Academy Award for any of her roles, but in 2013 the organizers voted to bestow upon her an Honorary Academy Award for her lifetime achievements in the industry.

In the 21st century, Angela Lansbury began to shoot a little less. Nevertheless, she did not refuse to work on the set. The woman appeared with Jack Nicholson in the tragicomedy About Schmidt, with Colin Firth and Thomas Sangster in the family fantasy movie Nanny McPhee, as well as with Jim Carrey in the brilliant comedy Mr. Popper's Penguins. At the time of the latest shooting, the actress was already 85 years old.

The theatrical career of Angela Lansbury cannot be ignored. She made her stage debut in 1957 in the production of Hotel Paradiso, but the woman rose to prominence, playing in Jerry Herman's musical Mame, in which she worked with another famous Broadway actress Bea Arthur in 1966. This play was staged more than 1,500 times and earned Angela her first Tony award.

Subsequently, Lansbury would be called the best theater actress of the year many times. Such plays as Gypsy, Dear World, Sweeney Todd: The Demon Barber of Fleet Street and many others contributed to it. In the 80s she left the stage and returned there only in 2007, playing in the musical Deuce. The following prominent performances are the musical A Little Night Music, in which Angela appeared with actress Catherine Zeta-Jones, as well as the play Driving Miss Daisy, and the role of Madame Arcati in the play Blithe Spirit, which earned the actress the seventh Tony Award.

Nowadays, 91-year-old Angela Lansbury continues to perform on the theater stage almost every day. She also says that she would love to play in movies. She even regularly gets scripts, but the actress turns down the roles because she does not want to portray "old women dying from Alzheimer's disease."

Angela Lansbury’s net worth is estimated at $70 million.

Angela Lansbury first married when she was 19 years old. Her husband was actor Richard Cromwell, the star of adventure films of the 30s, such as The Lives of a Bengal Lancer and Hoop-La. Angela Lansbury's husband was 16 years older than her, but it was not the reason for the divorce less than six months after the wedding. The fact is that the girl realized only after the wedding ceremony that it was a fake marriage to hide his non-standard sexual orientation. Angela filed for divorce but remained friends with Cromwell until the end of his life.

In 1946, Lansbury met Irish actor Peter Shaw at a party held by her colleague. They began to date, and three years later, they got married. This marriage was very happy. Angela and Peter's relationship is considered not only one of the longest Hollywood marriages but also an example of a real strong family. The actors lived together for almost 55 years.

In this family, Angela had two children: son Anthony and daughter Deirdre. aIn addition, the woman raised David, the son of her husband from a previous relationship. It should be said that the children got under the skin of their mother. In the second half of the 1960s, the son and daughter were carried away by new subcultures and become addicted to hard drugs. Lansbury and Shaw put forth tremendous effort to help the children quit using cocaine and heroin. Son Anthony later became a television director and filmed almost 70 episodes of the series Murder, She Wrote. Daughter Deirdre married a chef, and they opened a restaurant.

Angela Lansbury expends energy in doing charity work and donates a lot of money to it. She focuses on the fight against diseases such as cancer and AIDS. Interestingly, young Angela was a heavy smoker, but she gave it up in the 60s when the woman treated children for drug addiction. Angela is proud that she has never undergone plastic surgery to rejuvenate her face. But it should be mentioned that the legendary actress is increasingly worrying about her age. She has had arthritis for more than 20 years, and in 2005 she even had knee replacement surgery not to be in a wheelchair.