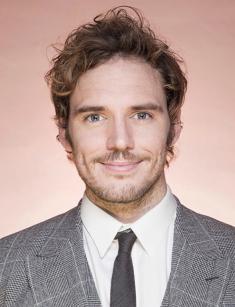 Sam Claflin is an English actor, who became famous for the role of Philip Swift in the adventure film Pirates of the Caribbean: On Stranger Tides. Claflin is also the star of the movies The Hunger Games, Love, Rosie, and Me Before You.

Samuel George Claflin was born in Ipswich, the county town of Suffolk. The father of the actor, Mark Claflin, worked as a finance officer in a bank, and mother Sue was a teacher. Sam was the third boy of a family of four boys. The two older brothers, Benjamin and Daniel, have chosen a different sphere, but younger Joseph Claflin has followed in his brother’s footsteps. However, Joseph performs only on the theater stage.

It is noteworthy that in childhood, Claflin did not think about an acting career at all. The boy dreamed of big football. Sam trained in the junior team and showed good results, but as a teenager, he suffered a severe ankle injury, which put further prospects to an end.

In high school, Samuel played in a school play, and his acting impressed the teacher of English literature. The young man began attending the drama club and later enrolled in specialized acting classes. Then, Sam Claflin chose the prestigious London Academy of Music and Dramatic Art, where he graduated with honors in 2009.

The first films in the acting career of Sam Claflin were the historical drama The Pillars of the Earth, the fantasy film The Lost Future and the melodrama Any Human Heart. It is interesting that in the last film the actor played the leading role of young Logan Mountstuart. In addition to him, three other actors portrayed this character in the movie.

Claflin became world-famous after the release of the next part of the adventure saga Pirates of the Caribbean: On Stranger Tides, in which the actor appeared as preacher Philip Swift. The actor’s hero is a captive missionary who fell in love with a mermaid caught by pirates. The story of Philip and Syrena (the young man named the mermaid so) has become one of the most striking and touching parts of the film.

Besides, Sam could portray the character of the fairy-tale Prince William in a unique way, playing in the modern adaptation of the famous children's fairy tale Snow White and the Huntsman. By the way, such stars as Alex Pettyfer and Josh Hutcherson also auditioned for this role, but Claflin managed to convince project managers that he was the most suitable. The actor returned to the same character in the sequel The Huntsman: Winter's War, dedicated to the sister of the evil queen (Charlize Theron), Ice Queen, Freya (Emily Blunt). It is interesting that there is no Snow White in the second part.

The next prominent work was the role of Finnick Odair in the film adaptation of the sensational trilogy The Hunger Games. The actor appeared only in the second part of The Hunger Games. Finnick belongs to another district, but he becomes an ally of the main heroine, Katniss (Jennifer Lawrence) in the 75th Hunger Games. Together with other conspirators, Finnick takes the girl after she has destroyed the Arena and declared her “Mockingjay," a symbol of revolution.

Sam Claflin perfectly copes not only with adventure films but also with the role of a romantic hero, which he proved in the comedy Love, Rosie. The film is based on the novel “Where Rainbows End” by Irish author Cecelia Ahern. Claflin played the role of Alex, who planned to enter the same university with his childhood friend after graduation from school. But the girl became pregnant after having sex with the "fittest guy in their year." So, she has to stay in her hometown. As a result, the friends have chatted for twelve years.

Claflin appeared as a romantic hero in the melodrama Me Before You. The actor played the role of a wealthy young man who became paralyzed after being involved in a motorcycle accident. The young man hired a companion (Emilia Clarke), whose cheery personality should help lift Will’s spirits. At first, they make friends, but then the young people start a romantic relationship. However, unlike many melodramas, this one does not have a happy ending.

In 2011, Sam Claflin met actress Laura Haddock, who amazed him by her similarity to his mother, Sue Claflin. They looked like both out and inside. The young people began dating, and their love affair turned into strong feelings. At the end of July 2013, Sam and Laura celebrated a wedding and became the married couple.

In December 2015, they had the first child. Claflin decided to keep the name of the son secret. By the way, he also announced the birth of the baby many weeks later. Apparently, Sam prefers to hide his personal life. But later information about the name of the child leaked to the media, and journalists learned that the actors named the son Pip.

However, such secrecy often leads to bad results. For example, in the summer of 2016, there were rumors that the actor was divorcing his wife. Sam Claflin and Laura Haddock even had to speak in public to refute this information.

In early January 2018, it became evident that the star family did not break up because one more child appeared in the family. Neither Sam Claflin nor Laura Haddock said the name of the newborn daughter as before. Journalists and fans also could not find out the exact date of the child’s birth.

In 2017, Sam Claflin played the leading male role in the romantic drama film My Cousin Rachel. The actor portrayed a young man named Philip, whose adoptive father suddenly dies after marrying his distant relative Rachel. Philip suspects that the woman deliberately killed her husband to seize the inheritance. The young man investigates this case to call the bluff of the "black widow," and plans to take revenge for his father, but at the same time falls in love with the suspected woman.

In 2017, Sam Claflin also appeared as Captain Stanhope in the war drama Journey's End. The film shows the last year of the First World War and tells about the life of a young lieutenant, who finally gets the opportunity to join the regiment of his idol and family friend. This idol is Claflin’s hero. The situation deteriorates when he finds out that the wartime changed the captain irreversibly.

The same year, the actor voiced the main male character in the cartoon Red Shoes & the 7 Dwarfs, but the premiere was postponed. During the promotion and the release of the trailer, the film crew highlighted key points in the promotional video incorrectly. They stated that the princess must be slim, and stoutness is considered deformity. It angered both viewers and Chloë Grace Moretz who voiced the main heroine.

In 2018, the actor will play the leading roles in the melodrama Adrift about the luxury yacht and its crew who run into the most powerful hurricane and in the Australian drama The Nightingale. The actor has plans for 2019. Sam Claflin will portray the title character in the British crime thriller The Corrupted. 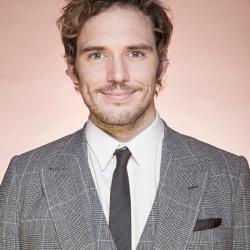