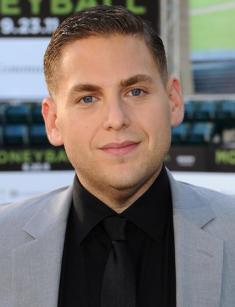 Jonah Hill before and after losing weightJonah Hill is a famous Hollywood actor whose filmography consists mainly of comedies including Evan Almighty, Superbad, 21 Jump Street. The actor managed to show his dramatic talent in Martin Scorsese’s film The Wolf of Wall Street.

Jonah Hill Feldstein was born in Los Angeles in a creative Jewish family, where the parents could realize their potential. Mother Sharon Lyn was a stylist and designer, and father Richard Feldstein worked as a music manager. He traveled with the popular band Guns N’ Roses. Jonah has an older brother, Jordan, who followed in his father's footsteps.

After graduation from high school, Jonah Hill went to study in New York City. The young man entered The New School, where he improved acting skills.

In college, the young man wrote the first jokes and performed them in the famous Black and White bar in the East Village neighborhood of the city. When he came on the stage, Jonah suddenly realized that acting was his vocation. Previously Hill could not decidepreviously whether he liked directing, writing scripts or producing.

Jonah’s short plays and comedy sketches were popular with viewers. But the turning point in the career of the young artist and writer was an acquaintance with the children of Hollywood star Dustin Hoffman. Rebecca and Jake Hoffman introduced the ridiculous and talented friend to their father. Thus, Jonah Hill began his acting career.

Hoffman helped Hill get the first role in the comedy I ♥ Huckabees. Jonah’s unique appearance also contributed to the fact that the directors offered to the young man comedic roles.

After I ♥ Huckabees, Hill was immediately invited to play in several projects that were warmly welcomed by viewers and received high ratings. These are the comedy movies The 40-Year-Old Virgin, Click and Grandma's Boy.

In 2006, Jonah Hill was first nominated for the prestigious Teen Choice Award for the brilliant role of Sherman in Steve Pink's film Accepted.

The greatest success and a turning point in Jonah’s career were 2007. The acclaimed comedy projects Evan Almighty, Rocket Science, Knocked Up and Superbad were released. For his work in the last comedy, the actor was nominated for the Teen Choice Awards for Choice Movie Actor: Comedy. Jonah Hill won the MTV Movie Award for Best Breakthrough Performance.

Every year Jonah Hill pleased his fans with new works. The actor was extremely hardworking and appeared in several projects simultaneously. In 2008, the films Strange Wilderness, Forgetting Sarah Marshall and Just Add Water were released. In 2010, the comedy Get Him to the Greek premiered, where Hill played the title character again.

In 2011, Jonah Hill showed a comedic talent in the family film The Sitter. His character, an ordinary college student, has to be a sitter for two boisterous boys and their sister for one day. The actor brilliantly coped with the role of young man Noah who got himself tangled up in the ridiculous situations.

Viewers appreciated the drama Moneyball and the comedy action film 21 Jump Street among the new films with the Hollywood comedian. For the first movie, Jonah Hill was nominated for the Oscar and Golden Globe Awards for the first time.

Critics and viewers watched the acting of their favorite actor with great pleasure in Martin Scorsese’s film The Wolf of Wall Street. Hill portrayed the financial partner of the title character (Leonardo DiCaprio). It is known that Jonah agreed to participate in this project for a modest payment of $ 60 thousand, while DiCaprio earned $ 25 million. Later, the artist admitted that he could not take money at all, because every actor dreamed of working with Scorsese.

In 2015, Hill played a completely different role, starring in Rupert Goold’s thriller True Story, where he portrayed a reporter for the New York Times, who was dismissed due to a false article.

In 2016, the filmography of the actor included the role in the Coen Brothers’ comedy Hail, Caesar!, which told about the disappearance of a famous Hollywood star during the filming. Jonah portrayed a lawyer, Joseph Silverman, involved in the investigation. A successful project of the year was the comedy-crime film War Dogs, in which Jonah Hill appeared together with Miles Teller.

Jonah Hill tries not to tell the details of his personal life but does not hide the relationship with women. There were rumors about Jonah’s love affair with Dustin Hoffman's daughter, Alexandra. In 2008, Jordan Klein became the actor's girlfriend. The young people even prepared for the wedding, but they broke up after four years of relationship.

In 2015, the actor began dating Brooke Glazer, a nutritionist, but the love affair lasted only a few months. Soon, Jonah started a relationship with a young lady named Camille. According to the information provided by the media, the actor is still dating the young woman, and they even went on vacation on the Mexican coast. However, other American sources report that from the middle of 2017, Jonah Hill has had a new girlfriend, Erin Galpern. There are rumors that the couple has already been engaged, but they do not prepare for the wedding.

Viewers have always paid attention to the figure of the famous comedian. Jonah managed to lose 14 kg for the role in the project 21 Jump Street. But soon he had to gain weight, which was not difficult for Hill.

Hill continued to lose weight in 2017. As a result, he lost 50 kg and turned from a good-natured stout man into a slim and fit handsome man. Jonah, who had not suffered from the lack of women’s attention before, has become a highly desirable man.

The actor continues to develop his skills in different spheres. Jonah is still filming, writing scripts, directing and producing. For the sake of his film Mid90s, Hill registered on Instagram, where he announced an upcoming project and posted personal photos. However, subscribers are more interested in the ways he achieved such excellent physical fitness than in Jonah's creative plans. Hill does not respond to the request to tell about his diet and exercises.

His acting career continues to develop. In 2018, the black comedy Maniac is scheduled to be filmed, where Jonah Hill will appear alongside Emma Stone. Now the actor is working on the character in the comedy The Beach Bum, where Matthew McConaughey and Snoop Dogg also participate. The actor plans to play in the drama The Ballad of Richard Jewell and the adventure comedy The Adventurer's Handbook. 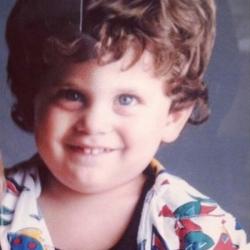