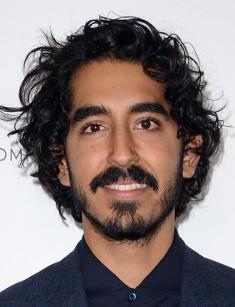 The British-Indian actor Dev Patel in his years has achieved what his peers can only dream of. The young actor was nominated for the most prestigious awards of the world film industry: Oscar, BAFTA, The Golden Globe, The Saturn Award. On his acting record are films of the famous director Danny Boyle and his talented colleague Garth Davis.

The parents of the "Slumdog Millionaire" are immigrants from India, both of whom grew up in Nairobi. As teenagers, they separately moved to the United Kingdom, where they met and got married. Their son, Dev Patel, was born in April 1990 in Harrow, a London borough of north-west London. Dev's father, Raj Patel, is a programmer and an IT consultant. And his mother, Anita, is a care worker. The parents raised their son and older daughter Komal in the Hindu faith, but young Patel did not have a close connection with his historical homeland.

At the age of ten, the boy first went to India, to his relative's wedding. After a week spent on the coast of the holy Ganges, Dev was so exhausted from the heat and pervasive mosquitoes, that he swore he would never come back there. Dev spent his childhood and teenage years in the Rayners Lane district of Harrow. The future actor attended Longfield Middle School. His interest in the theater was evident from middle school: Dev performed on the school stage in the character of Sir Andrew Aguecheek from Shakespeare's Twelfth Night. According to him, then he thought about acting career for the first time.

Dev Patel became convinced that he wanted to be an actor when he enrolled at Whitmore High School. The teachers engaged the young performer in amateur stagings and were amazed at his acting skills. When Patel's name was heard at every corner after the release of the hit movie Slumdog Millionaire, his high school teacher admitted that even at school he was impressed by the teenager's natural talent of playing diverse characters.

But young Dev Patel enjoyed stepping on tatami as much as he enjoyed being on stage. His mother took her ten-year-old son to Taekwondo in an attempt to steer the boy's endless energy into peaceful courses. Soon Patel was so engaged in martial arts, that in three years he already participated in the national Taekwondo championship. In Dublin, at the AIMAA (Action International Martial Arts Association) World Championships the sportsman won a bronze medal in the junior division. At that time, Dev was a red belt.

In the spring of 2006, the sixteen-year-old Patel gained a 1st dan black belt, and Dev did not consider the status achieved to be final. But his mother, Anita, believed that even though martial arts took some of her son's excess energy, there was still a lot of it left. That's why having seen the announcement of the audition for a teenage television series; the persistent woman took her unenthusiastic child to the studio. The woman remembered the advice of the jury who gave the boy the Best Actor Award for his role in Shakespeare's play: authoritative teachers then strongly advised the guy to think about acting career.

Seventeen-year-old Indian auditioned and got the part. This is how the cinematic biography of Dev Patel began.

In 2007, the teen comedy-drama television series Skins came out. The TV show, which premiered on the British channel E4 in January, followed the lives of a group of teenagers in Bristol. Dev got the part of Anwar Kharral, the guy with a slightly off-the-wall personality and weird sense of humor. Anwar, despite his adherence to Islam, has nothing against drinking. He uses drugs and shocks others with his silly antics and explosive energy.

Hannah Murray and Mike Bailey, who were Dev's colleagues on the set, told the journalists that Kharral and Patel's personalities are somewhat alike, that's why the character turned out to be so "real." Dev Patel starred in two seasons of the famous TV show. The filming took place in Bristol. In 2008, the television series was nominated for BAFTA. The series was awarded The Rose d'Or (Golden Rose).

The part of the troubled teenager opened new opportunities in the film industry for the talented Indian guy. The legendary director Danny Boyle, famous after the release of the black comedy-drama film Trainspotting, took up a new project, a film adaptation of the Q & A novel, translated into forty languages, written by Vikas Swarup, an Indian writer. The director had to find an actor who would play an Indian guy, Jamal Malik, who grew up in the poverty of Bombay/Mumbai. But hundreds of teenagers who came to the audition were turned down, and the director couldn't find the right personality.

His seventeen-year-old daughter Kathleen, having remembered Dev Patel from her favorite TV series, helped Boyle. The director examined the actor closely: Patel got the part only after five auditions.

To get into the character of Malik, Dev Patel went to India to Dharavi slum of Mumbai, spread over 215 hectares; it is packed with a million poor Indians. It was in this location that Danny Boyle filmed the scenes of Slumdog Millionaire.

According to Dev Patel, on his second visit to his historical homeland, he learned more about, and fell in love with India. The movie about Jamal Malik, a Mumbai orphan, brought the actor an incredible success, turning him into a world-class star. The drama premiered in August 2008 in Toronto and was showered with prestigious awards: eight Academy Awards, seven BAFTA Awards, and four Golden Globes. And these are just the most significant awards.

Since then, Dev Patel regularly receives offers from directors and doesn't know what it's like to be out of work. In 2010, two films starring the young British-Indian actor came out. The actor appeared in the short film The Commuter and the action-adventure fantasy film The Last Airbender. But then luck seemed to have turned away from Dev: for his work in the movie The Last Airbender he was awarded the mock booby prize The Golden Raspberry. Critics and the viewers did not receive the fantasy film well, as well as Patel's acting in the role of Prince Zuko.

Dev Patel managed to redeem himself in 2012, playing Sonny Kapoor in the comedy-drama film directed by John Madden, The Best Exotic Marigold Hotel. The world premiere of the comedy-drama movie about elderly people, who settled in an elite hotel, took place in Sorrento. The movie won the first prize at the Glasgow Film Festival. For the role of Sonny Dev learned to speak with an Indian accent.

In the same year, the drama television series The Newsroom created by Aaron Sorkin and the drama film About Cherry, where the audience saw Patel playing the main character, Andrew, were released. About Cherry was shown at The Berlin International Film Festival.

In 2014, the actor pleased the fans with his work on the comedy-drama film The Road Within, in which he appeared in the company of Zoë Kravitz and Robert Patrick. This black comedy tells the story of an eccentric trio-Vincent, Marie and Alex, whose parents are so tired from their crazy antics that they send their children to a mental asylum. But the three friends run away from there and go on an adventure. In this movie, Dev Patel played Alex.

2015 was marked for the actor by the release of three notable motion pictures. The sequel to The Best Exotic Marigold Hotel titled The Second Best Exotic Marigold Hotel came out, and the audience saw Dev in the character of Sonny Kapoor again. Less success, despite the brilliant cast (Hugh Jackman and Sigourney Weaver), enjoyed the dystopian science fiction action film, Chappie. But the biographical drama film The Man Who Knew Infinity, telling the story of a self-taught Indian mathematician received positive reviews from film critics. Dev Patel got the part of the mathematician. Together with him in the movie appeared Jeremy Irons and Stephen Fry.

On the set of the sleeper hit film, Slumdog Millionaire, Dev met Freida Pinto, who is six years older than him. Freida is an American and Indian artist who, like Patel, became famous after the release of the drama film directed Danny Boyle.

The Indian beauty was head over hills with her young colleague and even left her fiancée Rohan Antao for him. Tall Patel (his height is 6 foot 1) and fragile Pinto looked great together. The photos of them together flashed on the covers of different tabloids and filled Freida's Instagram account. In 2009, Anita Patel confirmed the rumors that were leaked to the press about her son's affair, but it never got to the wedding. In 2014, after a 6-year-old relationship, Dev and Freida broke up.

In 2016, the biographical drama film directed by Garth Davis, Lion, starring Patel, saw the light of day. Together with him in the movie appeared Nicole Kidman and Rooney Mara. In the US, the motion picture was shown in November 2016, and Australia – in early 2017.

The drama film Lion was received well by the audience and got a high (87%) score on the Rotten Tomatoes website. Critics marked the movie with six Oscar nominations.