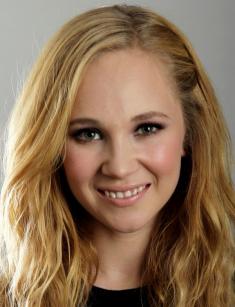 Juno Violet Temple was born on July 21, 1989, in London, into the show-business family. The girl’s mother, Amanda Pirie, worked as a producer, and the father, Julien Temple, was a director. Their daughter’s original name appeared thanks to the future parents’ excursion to Grand Canyon; there is a cliff named after the Roman goddess there.

The actress has English and Scottish roots. When Juno was born, the family moved to the United States and spent there four years to come back to England and settle in Somerset.

Four-year-old Juno wanted to become an actress. The dream came true when she turned eight and studied at Enmore Primary School. The father took his daughter to his movie Vigo (1998), but the episode with her was cut out. Two years later, the father introduced Juno to another project, Pandaemonium (2000). The girl attended the boarding school, King's College, Taunton, and took an acting course there.

At the age of 15, Juno told her parents that her desire to become an actress was not only a child’s dream: she was determined to devote her life to cinematography. She remembered their reaction in her interview:

“You’re gonna be told that you’re too short, that your tits aren’t big enough. You’re gonna constantly be told the things that are wrong with you”.

However, the parents did not interfere with their daughter’s plans. The mother saw the advertisement about the auditions for Notes on a Scandal (2006). The actress succeeded and got the role of the daughter of Cate Blanchett’s character.

The young talent was noticed and invited to the movie that brought her international fame: the military drama Atonement (2007). Juno personified Lola Quincey and had her blonde hair dyed red for this role.

In 2007, the young artist auditioned for the role of Luna Lovegood in Harry Potter and the Order of the Phoenix but did not receive it. 2008 brought the historical project The Other Boleyn Girl and the role of Jane.

In 2009, Juno moved to Los Angeles. That year broke the record: the actress worked on nine movies including the fantastic comedy Year One, the dramas Mr. Nobody and Greenberg, the comedy St Trinian's 2: The Legend of Fritton's Gold, the drama thriller Cracks, and so on.

In Mr. Nobody, Temple co-starred with Toby Regbo. Critics called the duo sexy and emphasized that the screen lovers looked more romantic than their book prototypes.

In 2010, the actress had the chance to collaborate with Milla Jovovich in the comedy Dirty Girl. The same year, Juno appeared in the fantastic comedy Kaboom. 2011 was marked with the crime thriller Killer Joe that was nominated for Golden Lion, the highest prize at the Venice Film Festival. The artist played Dottie taken hostage by the Texas killer (Matthew McConaughey).

Juno confessed: “was like, 'What?' That is so not a rape scene. <…> First of all, it's pretty exposing, and second, you're doing it with the sexiest man in the world”.

Soon, the young actress played in the final part of the Batman trilogy, The Dark Knight Rises.

In 2012, the artist appeared in the youth movie about lesbian relationships, Jack & Diane. It was an interesting experience, yet the project failed.

The same year, Juno gained a role in Horns. The French director Alexandre Aja masterfully mixed romantic scenes and implied horror: his technique proved to be more effective than frightening pictures. The collaboration of Juno Temple and Daniel Radcliffe was successful. Even those who could not see Daniel as someone different from Harry Potter welcomed the movie enthusiastically.

When it comes to romances, the actress is a secret person. However, fans know some facts about the actress’s personal life. At the beginning of making The Brass Teapot, Michael Angarano followed his usual path and fell in love with his colleague. He broke up with Kristen Stewart who had been his girlfriend since they co-starred in Speak.

The actress had mutual feelings, and their work was colored in romantics. The couple held hands and used every minute to spend time together; in 2014-2016, they lived together.

Juno does not like to drive and has no driving license. She just walks in Los Angeles which makes people doubt if she is in her right mind: it is not common for a star to do that.

After the break-up with Michael, Temple has settled in Los Feliz and purchased a lovely bungalow; the actress’s friends call it “The Doll House” because its décor is cute and full of vintage clothes. When a guest goes outside, they may think they are in Louisiana: there is a jungle in the yard. Juno and her friends like to have a drink right on the porch.

Juno gladly shares the news on her Instagram. The young woman feels free to post hot photos along with innocent landscapes and pictures with colleagues. For example, there is a photo where the actress is sitting on a chair provocatively, wearing lingerie. By the way, Temple is fond of Agent Provocateur products.

In 2017-2018, the actress pleased her fans with several works. In Woody Allen’s Wonder Wheel, Temple co-starred with Kate Winslet. The thriller Unsane by Steven Spielberg showed the story of a mental hospital patient. Besides, Disney Studio has announced that the next part of Maleficent will be created. In addition, the actress appeared in many series. 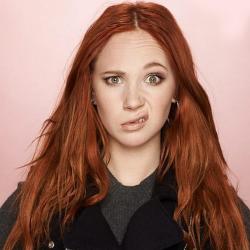