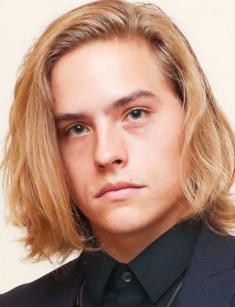 Dylan Sprouse is an American actor with an offbeat career: he began to appear in movies from early childhood. At that time, he worked mostly with his twin brother, Cole Sprouse. The boys’ talent and natural acting helped them earn their fame and conquer people’s hearts. Although Dylan is pretty young, he is likely to be a successful artist in the nearest future.

Dylan Sprouse and his twin brother Cole were born on August 4, 1992, in the Italian town Arezzo. The boy was named after the popular poet Dylan Thomas; his brother’s name came from the name of the famous jazz musician Nat King Cole whose music the children’s parents liked.

The family came from the United States; soon after the sons were born, the parents returned to their homeland and settled in Long Beach, California. Unfortunately, they divorced in 1997. Cole and Dylan stayed with their father and his new wife.

At six months, Dylan and Cole appeared in a diaper commercial. Producers noticed the twins and offered the parents to take them to the popular TV series Grace Under Fire. The brothers played the same character, Patrick Kelly. According to American law, underage actors’ work is limited in time, and filming twins was more efficient.

The kids worked on the series for five years and grew up with their character. In 1999, Dylan and Cole received a more significant role: Julian McGrath in the movie Big Daddy starring Adam Sandler.

It is a touching family comedy. The main character, Sonny Koufax, has to look after someone else’s child (Dylan and Cole). Although Sonny has turned 32, he behaves like a teenager. Thus, the audience can watch if the big child can handle a little kid. Movie lovers fancied the story; critics’ reviews were positive as well.

After Big Daddy, young Dylan’s career declined for some period. The boys were invited to episodic roles in movies and series. In 2002, the situation improved: Dylan received the part in the Christmas comedy I Saw Mommy Kissing Santa Claus. After that, people began to recognize the child actors.

The next year, the twins appeared on the screen separately: they played young soccer players who dreamed of many goals and victories in the family comedy Just for Kicks. The project proved to be a hit and brought the brothers new fans.

However, it was the Disney series The Suite Life of Zack & Cody that made the actors truly famous. Dylan and Cole played the twin brothers who are always involved in funny situations because of their tricks; they solve the problems thanks to their friendship.

Zack and Cody live in a luxurious hotel together with their mother (Kim Rhodes) who works as a singer; she is always busy rehearsing. Thus, the children spend much time on their own. The candy-counter girl Maddie (Ashley Tisdale), the daughter of the Tipton Hotel owner (Brenda Song), and the hotel administrator Mr. Marion Moseby (Phill Lewis) are the permanent characters. Besides, other Disney stars appeared in episodes: Selena Gomez, Miley Cyrus, and David Henrie.

The audience loved the series so much that the directors created the next part: The Suite Life on Deck. The twins have grown and travel all over the world on a cruise ship The SS Tipton; naturally, they continue to make a lot of mess.

In 2011, when the series was finished, the Disney Studio presented the full-length project, The Suite Life Movie. The famous twins are engaged in the significant research conducted by medics who study the phenomenon of twins. Zack and Cody would not have been themselves if they had no adventures. As the studies go on, there is a weird side effect: one of the twins feels everything that his brother does.

The young people were happy together. However, at the end of summer 2017, the beauty posted a photo on her Instagram; her face was tear-stained. She wrote under the picture: “When you find out your bf cheated on you lol”.

Dylan commented that on his Twitter and marked that it was wrong to come to conclusions so quickly. Soon, the couple broke up.

In 2018, the actor started dating Barbara Palvin. Dylan has recently introduced his girlfriend to his brother.

For a while, the actor disappeared from the screens. In 2017, the movie Dismissed where Sprouse had participated several years before came out. 2018 was marked with the indie movie Carte Blanche and several short movies that will be released soon.

The artist’s fans hope that the young man will continue to please them with new roles.