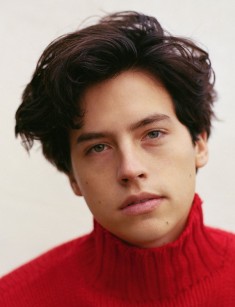 Many stars have to go to rehabilitation centers to fight various addictions when they are kids. While young actors are showered in fame and earn millions, it is often difficult for them to manage the responsibility imposed by their parents and fans. Thus, they are dragged down a slippery slope. The story of Cole Sprouse, the young star of The Suite Life of Zack & Cody, is not typical for Hollywood.

Cole Mitchell Sprouse was born on August 4, 1992, in Arezzo, Italy, 15 minutes after his twin brother Dylan Sprouse. The actor’s parents were American and taught English in Tuscany. Four months after the boys were born, the family came back to Long Beach, California. In 1997, the parents divorced, and the twins stayed with their father and stepmother.

When the boys were small, the contract with Disney was signed. As the twins grew old and the contract expired, they took a break and left show-business. Dylan and Cole moved from Los Angeles to New York and entered the New York University in 2011.

As Cole finished his studies, he had to choose between working in a natural resources management laboratory in Brooklyn or working on a new series where his agent enrolled him. Sprouse chose cinematography and never regretted his decision. The actor is fond of photography. Today, he collaborates with the agency IMG, and a half of the Instagram account photos consists of his works.

Cole and Dylan began their career thanks to their grandmother who recommended the mother to involve the boys in the world of show business. At six months, the brothers appeared in a diaper ad; at eight months, they participated in Grace Under Fire and played the same character, Patrick Kelly.

Baby twins are always needed in the American cinematography because of the law controlling the time of working with new-born children. To reduce costs, movie-makers change a twin who has worked the necessary time by another. This is how the famous twin sisters Mary-Kate and Ashley Olsen began their career.

Seven-year-old Cole debuted in the movie Big Daddy where he and his brother played a boy Julian. The movie tells a touching story of the friendship between an infantile 32-year-old man (Adam Sandler) who gradually grows up and a five-year-old boy. Although the critics’ reviews were ambiguous, the box office of the movie was good.

Later on, the young talents played the children of the main characters in the fantastic movie The Astronaut’s Wife starring Johnny Depp and Charlize Theron. In 2001, Cole (without his brother) appeared in seven episodes of Friends and played Ben, the son of Ross (David Schwimmer) and his ex-wife Carol (Jane Sibbett).

The project won the Golden Globe and six Emmy Awards. This role became significant for the beginning actor. As Sprouse confessed, it was difficult for him to concentrate on work at that time: he fell in love with Jennifer Aniston who played Ross’s lover Rachel Green.

In 2003, the movie Just for Kicks was released. Two brothers and soccer players try to win a local soccer championship. When their father, a team coach, leaves for a while and the mother changes him, the children find her an assistant, a mechanic Rudy. As it turns out, Rudy is a famous soccer player.

The contract with Disney and the series The Suite Life of Zack & Cody became the breakthrough moment for the brothers. The project made the young actors popular, and the ratings of the sequel The Suite Life on Deck surpassed those of Hannah Montana starring Miley Cyrus and Wizards of Waverly Place.

In 2006, the drama The Heart Is Deceitful Above All Things came out. The brothers played Jeremiah, a ten-year-old son of a woman living a dissolute life. While the mother was working with clients and did not go home for days, her son was starving, ate leftovers from a garbage can, and was raped by his mother’s client.

The audience also appreciated the 2007 movie A Modern Twain Story: The Prince and the Pauper where Cole played Eddie Tudor, a spoiled, bad-tempered 13-year-old actor.

In 2009, Cole and his brother appeared in the comedy The Kings of Appletown based on Mark Twain’s novel The Adventures of Tom Sawyer. As the story runs, the main characters witness a murder. When the innocent father of their friend is accused of the crime, they decide to restore justice and find the real murderer.

Fans and journalists have always been interested in the actor’s personal life. Cole kissed a girl for the first time when he was eight; he never told journalists her name.

The romance with the actress Bre Morgan was Cole’s first significant relationship; the young people started seeing each other in 2013 when they were students. They broke up in summer 2015.

In January 2017, the American channel CW started broadcasting a new series, Riverdale, based on the popular Archie Comics that told the story of teenagers, their dreams, and troubles. Roberto Aguirre-Sacasa, the creator of Glee, worked on the scenario. The series is set in a provincial town that bears some resemblance to the iconic Twin Peaks.

During the summer holidays, a peaceful, unremarkable town Riverdale is shocked by the news: a school student died on a boat ride. The deceased could hardly be called a nice guy, just like his twin sister Cheryl Blossom (Madelaine Petsch), the school beauty queen, obsessed with the idea of revenging her brother’s death.

The company realizes that the citizens have their skeletons in the cupboard: someone keeps secret their romance with a teacher; someone hides their daughter mad with grief; others bargain illegally and cover friends for their sake.

The Western media gave many positive responses for the series; in April 2018, CW extended the project for the next season. The premiere took place in October.

Although the artist is actively engaged in shooting, he participates in other activities. In November 2017, Cole Sprouse, Sabrina Carpenter, Taylor Hill, Alisha Boe, and Rowan Blanchard took part in a commercial of sneakers Converse. He also had a photo session for the magazine Boys By Girls and participated in Seth Meyers’s Saturday Night Live.

The active social life and busy schedule do not prevent the actor from pleasing his fans: Cole regularly posts photos from his personal archive and movie-set videos on his Instagram and Twitter pages.

Social networks are not the only source of news: Internet and printed media often publish news from the actor’s life. 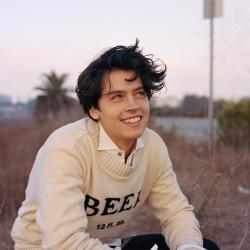