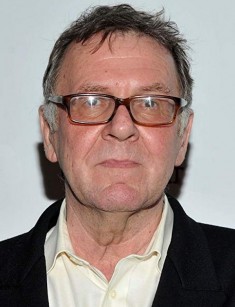 Four films a year is typical for Tom Wilkinson. Perhaps, he played in one movie only at the dawn of his career, but it was just the beginning. The Britisher has a similar thing with prestigious awards. He has been nominated for two Oscar or Emmy Awards at once. As of 2018, he has won 11 awards from 54 nominations.

On February 5, 1948, a son was born to farmers Marjorie and Thomas in Leeds, where the first commercials that marked the beginning of the cinema art were shot. The child was named after his father. Apparently, the middle name of Geoffrey was added to avoid confusion. He didn’t like it and even wanted to get rid of the name, because Yorkshire already knew the chemist of the same name who was the Nobel laureate.

When Tom was barely four years old, the family was tired of financial difficulties, and they sold the farm and went to Canada, which did not become their permanent place of residence. A few years later, they returned to the UK where both parents run a local pub in Cornwall.

As for the study, the director of the elementary school, Molly Sawdon, mentioned the abilities of the young student, as well as his laziness. The woman, together with her friend Paddy, organized literary evenings to instill in him a love of drama and inspire the personal development. One day the teacher asked about his future theatre career, and Thomas said that he wanted to receive a special merit award.

Such an ambitious desire came true to some extent because, in 2005, he was appointed Officer of the Order of the British Empire. By the way, according to a London edition, there are still photos of the teachers on the actor’s working table.

At first, Wilkinson graduated from the University of Kent with a doctoral degree, then attended the Royal Academy of Dramatic Art (RADA), where studied many talented artists: John Gielgud, Timothy Dalton, Anthony Hopkins, and others. He was lucky to perform on the stages of The Royal Shakespeare Company, The Oxford Playhouse, and The National Theater.

Although the actor has played in films since 1976, he became famous in 1997 after the release of the comedy film about six men who lost their jobs and had to do a strip. The Full Monty received a dozen nominations, and Wilkinson was nominated for a BAFTA.

The same year, he collaborated with Cate Blanchett in the melodrama Oscar and Lucinda, and with Jude Law in Wilde. Thomas has a long and warm “relationship” with Shakespeare. In his youth, he portrayed Hamlet and King Lear brilliantly, and the performer had the opportunity to receive the mentioned above award again for participating in a film about the playwright in love.

The appearance and talent helped Tom portray the characters of American politicians, English milords, and generals convincingly, as well as easily play a gangster or a villain. He stated in an interview in his inimitable way:

“Once a Bulgarian taxi driver told me: “I have seen you on TV, haven't I? You have a very ... annoying face. " Perhaps he meant "unforgettable."

In general, one can read with pleasure his interviews about the professional career. He refused to play in The Lord of the Rings because it required to stay away from his family for a long time, and agreed to play in Belle because the set was located near the house.

In different years his filmography included the beloved and memorable movies: Eternal Sunshine of the Spotless Mind, Batman Begins, The Lone Ranger, The Grand Budapest Hotel, RocknRolla, The Exorcism of Emily Rose. Selma produced by Oprah Winfrey and Brad Pitt with the participation of Wilkinson received an Oscar for Best Original Song, and two years later, his credits added Snowden.

Tom was modest expressing his attitude towards world-fame:

“I am the person who failed to recognize Madonna when they met, and Julia Roberts. But when you go up a red carpet, it's a fantastic experience.”

The actor also voiced the heroes of two video games.

It can be interesting information for those who suffer from constant homilies of the relatives asking them to marry or marry before 30 years. Tom Wilkinson married at the age of 40. He has been quite happy since January 1988 with his only wife, Diana Hardcastle. They met on the set of First Among Equals, and it turned into a serious relationship.

The woman gave birth to two girls, Alice (1989) and Molly (1992). In all likelihood, the youngest daughter was named after Tom’s school teacher. There is no detailed information about their occupation, but it is known that the mother did not want the children to follow in the famous parents’ footsteps.

In 2016, the media wrote that the couple had planned to celebrate the pearl wedding anniversary. They wanted to play a newly wedded couple and say the marriage vows again. They say that the secret of a happy family life is trust and understanding. It is a curious fact that the couple played together in the series The Kennedys and The Best Exotic Marigold Hotel.

In the winter of 2018, the biographical drama The Happy Prince premiered at the Berlin Film Festival. The film, named after the work of the writer, tells about the last years of Oscar Wilde's life when he tried to cope with the disease with the help of inexhaustible irony and sense of humor. Wilkinson was cast for the film.

The same year, the world found out about The Catcher Was a Spy and Cargo, where the actor also took part. Tom has said that when he chooses between the characters which he is to portray, he asks questions that are not related to a possible income, the name of the director or other actors, but to intuition:

“Will I enjoy playing this character? Will I be able to play this role brilliantly and portray it better now than anyone in the world? Does it have new knowledge for me? 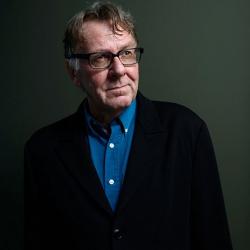