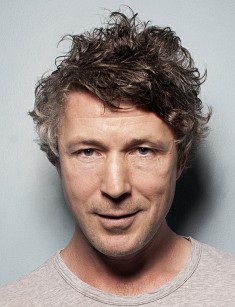 Aidan Gillen is a talented Irish actor who has succeeded in achieving the success both in cinematography and on the theatrical stage. Gillen has gained world popularity due to his role of Petyr Baelish, nicknamed Littlefinger in the cult saga of George Martin "A Song of Ice and Fire." However, the actor's creative biography isn't limited with this role only: Aidan Gillen has played the dozens of not less bright and memorable characters.

The future actor was born on the 24th of April of 1968 in the Irish town of Dublin. Here the boy attended St. Vincent's C.B.School. There were four children in Aidan's family: the actor has two sisters and a brother. It’s noteworthy that one of Aidan Gillen's sisters, Fionnuala, has also chosen the career in the acting sphere, and his brother John Paul has become a talented playwright and scriptwriter.

The real surname of Aidan is Murphy. However, at the very beginning of his acting career, the young man decided to take his mother’s surname. According to one of the versions, Aidan refused to take the surname Murphy because of the problematic relations with his father. By other information, the future actor preferred to become Gillen because the actor under the name Murphy - Eddie Murphy was already very popular in the world. Aidan doesn't comment on this decision.

Aidan Gillen began to show his interest in the art of acting already at the school age: the boy appeared on the stage of youth Dublin theater with great pleasure. It’s known that Aidan has had his debut in the play Midsummer Night's Dream by the immortal William Shakespeare’s play.

Hardly had Aidan Gillen turned nineteen years he went to London to continue his path to the fame and popularity. Almost at once to the actor has been lucky to get the role in the movie. This was the picture The Lonely Passion of Judith Hearne - the touching melodrama about the old maid who fell in love with the sordid handsome man. Aidan has received the episodic role through the beginning actor has managed with Maggie Smith and Bob Hoskins. In such a way Gillen has managed to get the invaluable experience.

Right after the debut shootings Aidan has was invited to take part in the new pictures. After a while, there were released the movies The Courier, Belfry and An Ungentlemanly Act. In a short time, Aidan Gillen began to enrich his filmography step by step. In 1993 the spectators saw Aidan in the episode of the series The Bill.

The year 1999 delighted Aidan Gillen's fans with a somewhat controversial role of the actor. It’s about the series under the title Queer as Folk in which the actor had to embody the character of nonconventional orientation. In general, the series appeared to be provocative and frank. The events of the series are focused on the company of gays. The movie truly and profoundly shows the difficulties and sorrows which people who are different from others have to face in their modern life.

Aidan Gillen's acting in Queer as Folk was noticed by both actor’s fans and strict movie critics. They have unanimously given the positive feedback to the sincere acting of Aidan. Gillen has been nominated for British Academy Television Awards as Best Actor. But unfortunately, he hasn’t received the prize.

Later Gillen himself confessed to the journalists that he hadn’t been afraid of such a frank role. According to Aidan’s opinion, the gay community is not a crowd of decorated men who are looking forward to sensations. Homosexuals are ordinary people, as well as other, with their dreams, difficulties, and problems. The society has to understand this.

The actor didn't leave his theatre activities: the Broadway performance An Inspector Calls has brought Aidan Gillen the nomination for Tony Awards - the honorary prize in the theatre industry.

The beginning of 2000-s was marked by the parts in the movies Lorna Doone, The Final Curtain, and My Kingdom. In 2003 the spectators were delighted by the comedy fighter Shanghai Knights in which Owen Wilson and Jackie Chan became Aidan Gillen's workmates on the movie set. Moreover, the movies 12 Rounds, Trouble with Sex and Blackout came out on the screen.

However, the actor had his triumph in 2010. At that time Aidan Gillen was approved for the role of Petyr Baelish in the cult series Game of Thrones. Petyr Littlefinger — is one of the principal characters of this story about a couple of ruling clans who fight for the Iron Throne of Seven Kingdoms.

Gillen’s personage is a cunning and treacherous schemer who is guilty of a couple of ruined lives. Though, the actor sees his character in a different light. Aidan Gillen has confessed to the journalists:

"Littlefinger for me is not a snake or a slug, but I’m conscious of the fact why Cersei and other characters call him sleazy and evasive. I can say that he is a real human! I consider that his final objective is not the complete power and not just sitting on the throne and ruling. I think it’s too dull and dangerous for him. He is driven by the game".

Except for Aidan Gillen the artists Sophie Turner, Emilia Clarke, Peter Dinklage, Kit Harington and other talented actors performed in the series Game of Thrones.

In 2012 there came out the long-awaited picture The Dark Knight Rises in which the unrivaled Gary Oldman became the partner of Aidan Gillen on the movie set. It's noteworthy that the movie fans compare the photos of Aidan Gillen with the pictures of Gary Oldman to find for some find obvious similarity in the appearance of both actors.

In two years, in 2014 Aidan has got the major role in the thriller Silence the plot of which makes the spectators sit for two hours in front of the screens waiting for the denouement of the movie.

The tall brown-haired man (Aidan Gillen is 1,78 cm tall) never lacked the attention of the charming, beautiful ladies. However, in spite of such popularity, the actor turned out to be a one-woman man. Aidan met his future wife at the age of fifteen. Since that moment the personal life of Gillen has been connected with the only one woman.

Olivia O'Flanagan has become a happy elect of the actor. For a long time, the lovers haven't registered their relations. According to one of the versions, the woman refused Aidan’s proposal on the marriage. According to another, the couple saw their future matrimonial lives in a different light and couldn’t reach a compromise.

Nevertheless, in 2001 Aidan and Olivia got married. Sometime before this Olivia gave birth to their firstborn – their daughter Berry. In 2000 their son Joe was born. At present, the family of Aidan Gillen has settled in their native country - Ireland.

As the actor confesses, his wife and children take the first place in his life. Aidan Gillen dedicated his long-awaited award of Irish Film and Television Awards for his role in the series The Wire to his family.

Despite his fame and popularity, the actor isn't planning to be enough with his achievements and continues to take part in the movies. In 2017 Aidan Gillen's fans were delighted with the news about the release of the film King Arthur: Legend of the Sword with the participation of their favorite actor. Charlie Hunnam, Jude Law, Eric Bana have become Gillen’s partners on the movie set that time.

Also, there appeared the information on Instagram and other social networks that in 2018 Aidan Gillen would delight his fans with the role in the picture Maze Runner: The Death Cure ( the sequel to the movie Maze Runner: The Scorch Trials). This movie is expected to disclose all the secrets and riddles over which the characters and spectators were thinking from the very beginning of this fantastic epic movie.

Moreover, in a short time, the spectators will see their favorite actor in the series Peaky Blinders. This time Aidan Gillen will join the movie-producing team of the famous crime drama Peaky Blinders. It is expected that Aidan will take part in the fourth season of the movie saga which release is set for the end of October of 2017. 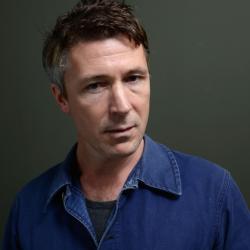