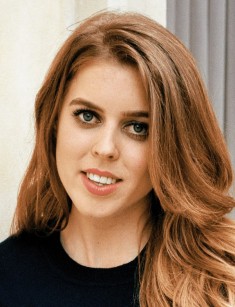 Princess Beatrice Elizabeth Mary of York is the second eldest grandchild of Queen Elizabeth II and the cousin of Prince William and Prince Harry. Although she belongs to the royal family, Princess of York does not limit herself with the social life only: she is actively building her career. Beatrice is known for her spotless manners and tact; however, people have ambiguous opinions on her tastes in clothes.

Beatrice was born on August 8, 1988, in London, into the family of Prince Andrew (the second child of Elizabeth II and Philip of Edinburgh) and Sarah Ferguson, a social activist and philanthropist. She is their first and oldest child.

By the moment she was born, Beatrice was the first princess in the royal family. Her aunt Anne, her father’s elder sister and Elizabeth’s only daughter, became Princess Royal in 1987; traditionally, this title is given to the eldest daughter of the ruling royal. Beatrice is also related to Charles, Prince of Wales, and Edward, Earl of Wessex; they are Elizabeth’s elder and younger sons correspondingly and Beatrice’s uncles.

When the princess was almost two, her younger sister Eugenie was born. Their warm relationship fascinates the whole world: Beatrice and Eugenie have always been together. The girls spent their childhood in their family estate at Sunninghill Park; the queen presented the estate to Andrew and Sarah when they married.

The girl started studying when she was three; she received her primary education at Upton House School, Windsor. In 1995, when Beatrice turned seven, the parents took her to Coworth Park School.

The next year was marked with the bitter news: the parents divorced. After that, Sarah Ferguson took the daughters and settled in the family estate at Windsor. Her relationship with her ex-husband remained good; Sarah also kept the title of the Duchess of York. The divorce did not seem to influence the princesses’ lives: Andrew and Sarah visited their school events, participated in the royal ceremonies, spent weekends together, and often took the children abroad.

In 2000-2007, the young woman was educated at St. George's School in Ascot. As she turned out to be dyslexic in the early childhood and could not read, she spent an extra year to pass the necessary exams. Beatrice liked History, Drama, and Film Studies and joined a school choir.

Rumors have it Beatrice was not popular at school, but her fine manners and friendliness eventually helped her to make friends with people. At the prom, she was named the head girl.

Beatrice and her sister Eugenie do not belong to the “full-time royal”: they are not the family members who represent Queen Elizabeth on a permanent basis. When the girls were little, Andrew and Sarah discussed this issue with the family and decided that Beatrice and Eugenie should take the minimum of the royal responsibilities and focus on education.

In this respect, Beatrice and Eugenie have no privileges and grants from the royal family and have no police protection. However, they are allowed to have their personal Instagram pages as well as other social network accounts and visit places of entertainment.

The young woman kept the tradition and had some work experience: at 19, Princess of York worked in the prestigious department store Selfridges in London and consulted VIP clients. Just like the rest of the employees, Beatrice worked five days a week from 9 a.m. to 5 p.m. However, she was not paid for the work.

Besides, the young lady worked at the Foreign Office's press office on a voluntary basis. In a while, she continued to be involved in journalism and worked for the web-portal of Financial Times; she had her own blog “Alphaville” about financial news and economic analytics and prepared the materials for the FT affiliated project: How to Spend It magazine.

Throughout five years, the princess had four jobs. Eventually, she chose to be an independent business consultant. Today, she is the vice president of partnerships and strategy at Afiniti; the company produces software. Beatrice lives in New York.

In 2016, Prince Andrew stated he was glad to see his daughters as independent women who were developing their careers in spite of their royal background.

Charity is a significant part of the princess’s life. In 2002, young Beatrice visited children with HIV/AIDS in Russia. In 2007, she became an ambassador of Children in Crisis, the charity fund organized by her mother, Duchess of York. The organization helps children from developing countries. In 2018, Children in Crisis and Street Children merged.

Beatrice and Eugenia patronize the children’s fund Teenage Cancer Trust that had also been founded by Sarah Ferguson. The young woman supports the charity organization Springboard. It is particularly important for her: the fund helps dyslexic children, and Beatrice has the first-hand experience of this learning difficulty.

The Princess of York and her six friends founded a charity fund Big Change that supports projects aimed at young people lives improvement in Great Britain. For instance, in September 2012, Beatrice, her co-founder friends, and the billionaire Richard Branson climbed Mont Blanc to collect money for the organization.

The princess supervises more than ten funds. Besides, she donates big sums of money when she participates in auctions. For instance, she sold up her funny hat that she wore at William and Kate Middleton’s wedding on eBay for £81100; she donated the money to the UNICEF and Children in Crisis fund.

From the moment of reaching the legal age and the beginning of her social life, Princess Beatrice has been one of the most discussed persons among the noble beauties. Reporters used to criticize her overweight and lack of taste. Beatrice’s dress that she chose for William’s wedding provoked dismay among people. However, the young woman worked on her style and lost some weight; her height is 162 cm. Critics approved of the princess’s dress at the wedding of Prince Harry.

The young lady’s life has always been the object of public attention. In 2005, when she was 17, Beatrice met 23-year-old Paolo Liuzzo in their friends’ company. They were on vacation on the Caribbean coast. The young woman began to date him, but the couple broke up in several months when it turned out Paolo had been arrested in the USA for the second-degree murder of his classmate during a drunken fight. He served a short punishment and was on probation.

The news went public and provoked a scandal; the princess took it to heart. The mother and the sister supported her.

“We've been through some incredibly stressful times together as a family and every single minute she created joy. I am so lucky that I get to learn from her every single day. I'm inspired by her ability to give, even when she's going through something hard,” Beatrice said in one of her interviews.

In 2009, Paolo was arrested in Australia for drug possession which only proved the man could be the princess’s partner under no circumstances.

The new romance saved the young woman from depression. Beatrice met charming Dave Clark, the son of a wealthy American, thanks to her cousin, Prince William: the guys made friends when they took up a student program. However, the prince was disappointed in Dave and believed he lacked modesty; William did not invite the ex-friend to his wedding.

Dave was building his career in Richard Branson’s Virgin Galactic. In 2014, he began to work for Uber and moved to San Francisco where the company’s headquarters were situated. Beatrice followed her beloved one. Later, the young people settled in New York; Beatrice got a job in an investment bank. Their life seemed to be idyllic, yet the couple split up in 2016. According to the sources close to them, Beatrice and Dave had a time-out to sort themselves and their relationship out.

In May 2017, Dave got engaged with an American businesswoman Lynn Anderson. As a noble, well-mannered lady, Beatrice wished the newlyweds a happy life.

Nowadays, after Eugenie of York married Jack Brooksbank on October 12, 2018, Beatrice has no boyfriend which makes her the only unmarried granddaughter of the queen and the most eligible bachelorette in the whole country. She is the eighth person in the line of succession to the British throne after her uncle Charles, cousin William, three children of his, cousin Harry, and father Andrew of York.

The princess’s fans are sure she will be happy in her private life soon. The young woman is not upset: she spends a lot of time with her mother and sister who call her Bea or Trixie and accompanies her father at political and social events. Beatrice rides horses with her grandmother at Windsor and meets with her numerous friends including the model Karlie Kloss and the singer Ellie Goulding. 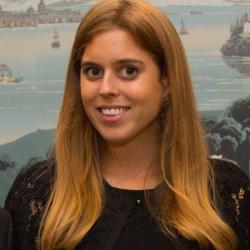