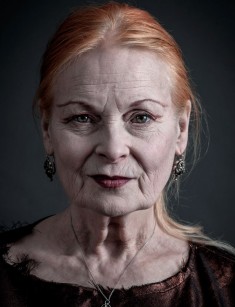 Vivienne Westwood’s life could make a wonderful movie plot. An ordinary teacher, the woman turned her interest in fashion into the real work: she was not afraid to change her life and be engaged in her favorite activity. Later, Westwood was named the founder of the punk and kitsch styles and the ageless rebel. She genuinely believed in herself and was always thirsty for creating something new.

Vivienne Isabel Swire was born in the English county Cheshire. The girl did not stand out and went to an ordinary school; she was an diligent student.

Everything changed in 1958 when the family moved to London.

By that moment, Vivienne had finished school and was choosing what to do next. The capital life was exhilarating for the young lady. She decided to devote her life to art and entered the Harrow School of Art.

Unfortunately, it was not the best time for that: the family was poor, and Vivienne married and had to care about a regular job. Thus, the future fashion designer left art and entered a teacher-training college to gain the “real” profession. Several years later, Westwood worked as a primary school teacher. Still, when she had some spare time, she would spend it on drawing sketches and making clothes for herself.

In one of her interviews, Vivienne admitted she felt determined she should be a fashion designer after her first marriage: the young couple had no money for a beautiful wedding dress. Just like any girl, Vivienne wanted to wear something gorgeous on that day. Thus, she made up her mind and created her own dress.

There was another accident that encouraged the woman to make the most significant decision in her life: she met Malcolm McLaren, the musician, producer, and ideological father of the iconic punk-rock band Sex Pistols. This man inspired Vivienne so much that she quitted her job at school and dared start her own business.

In 1971, Vivienne Westwood and Malcolm McLaren’s boutique Let it Rock was opened. The name of the shop related to the products presented to the audience: rebellious, non-standard, eccentric; they changed the flow of the rock culture at that time.

In a while, Vivienne felt there was not enough extravagance. In 1974, the boutique was renamed SEX; the style of the clothes was more provocative. At that moment, the punk style began to take shape. It was Vivienne Westwood who formed its basis.

The interest in such clothes was growing. However, Vivienne Westwood earned the real fame thanks to the group Sex Pistols: the designer created their stage costumes. In a while, fans wanted to wear the same clothes as their icons.

Unfortunately, the famous punk band split up; the death of the soloist Sid Vicious was the final point. In the early 1980s, Vivienne’s store changed its name for “World’s End”; the woman officially registered her brand Vivienne Westwood. It was the new beginning for her.

The designer was interested in the street fashion. In her provocative manner, she challenged the traditions of the high fashion and created simple, comfortable, and yet non-standard items. Westwood introduced large pockets and elbow and knee bagging. Although the clothes seemed to be ridiculous and gaudy, one could see it in every London boutique soon.

These achievements were not enough for Vivienne Westwood: she presented her new collection in Paris and other European capitals to demonstrate new techniques and amaze fashion lovers and critics. Later, the style that the designer was promoting at that period was called the luxury of rags and stretched sweaters. Nevertheless, the rough seams, holes, patches, and loose stitches became popular.

Vivienne Westwood is also notable for using bright and unexpected details in everyday clothes, evening dresses, and jewelry. She was not afraid to include ethnic motives: graphic patterns, beads, decorative feathers, and wooden details.

In 1990 and 1991, the woman was named the designer of the year according to The British Fashion Council. At that period, she became a professor at the Academy of Fine Arts in Vienna – given the fact she had no artistic education, this accomplishment was particularly impressive.

In 2016, the brand was renamed into Andreas Kronthaler for Vivienne Westwood: the woman’s husband became her loyal partner and the co-author of the new collections.

Vivienne’s personal life has been as bright as her career. Derek Westwood became her first husband. The son Benjamin was born in this marriage. Malcolm McLaren was the woman’s second husband, her inspirer, partner, and the founder of the first fashion store; they had a son, Joseph.

Both sons followed in the mother’s footsteps and devoted their lives to fashion and art. The elder son, Ben, became a photographer of erotica; Joseph founded his own brand Agent Provocateur known for luxurious and provocative lingerie, exquisite perfume, and jewelry.

After the break-up with Malcolm McLaren, the press kept discussing the designer’s numerous romances. Soon, Westwood announced she married Andreas Kronthaler, her old fan and former student. Despite the age gap (more than 20 years), this relationship proved to be long-term.

Today, the brand Vivienne Westwood continues to develop fashion; it is one of the most popular brands in the world with numerous boutiques all over the globe. Vivienne admitted she was tired of doing business actively; she relies on Andreas Kronthaler’s assistance.

Nevertheless, the media sometimes publish the designer’s snarky comments on the stars who dress tastelessly.

Vivienne Westwood does not cease to wonder fashion lovers. In 2018, she began to collaborate with Burberry; they are creating a new line. The presentation is scheduled for December; it is going to become the reinvention of the British fashion masterpieces. A part of the money gained from the collection sales will be donated.

In 2018, Westwood’s name appeared in the context of Julian Assange’s situation: he was hiding from the authorities of several countries in Ecuador. According to Vivienne, Assange is a real hero who has told the world about the crimes of the world powers.

Fans can find the latest news about the designer’s life and work on her Instagram: the woman shares pictures from runways and reveals some plans. Besides, Westwood presented several books and described her way to the top of the fashion industry. 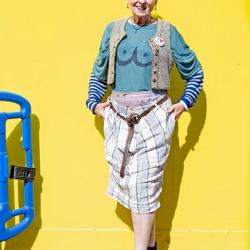