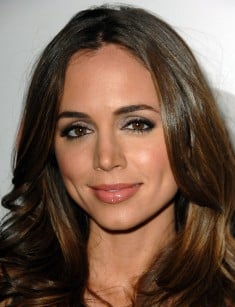 Eliza Dushku is an American actress. The young woman starred in the cult TV series Buffy the Vampire Slayer, worked with Robert De Niro in the films This Boy’s Life and City by the Sea.

Eliza Dushku is an American actress who was born in Watertown, Massachusetts. The girl’s parents are Philip and Judith. The husband and wife worked at the school and the university as an administrator and professor. Later, the woman found a position at the Suffolk University.

A joyful event for the family took place on December 30, 1980. The girl has Albanian, American and even Danish, English ancestry. In her childhood, Dushku attended Beaver Country Day School. As a teenager, Eliza transferred to Watertown High School.

The official biography of the girl says that, as a baby, Dushka lost her father. The man left the family, and the mother raised the children alone. Every Sunday, the future actress attended church with Judith, who was a Mormon. However, in adulthood, Eliza renounced it.

She also had three older brothers: Aaron, Benjamin, Nathaniel. Nathaniel, who was born on June 8, 1977, works as a model and acts part time.

Eliza Dushku began an acting career at the age of 10. The girl played in the film That Night. She was not satisfied with what had already been achieved, so the first role was followed by the movie This Boy's Life, in which such eminent actors as Robert De Niro (Dwight) and Leonardo DiCaprio (Toby) participated. The teenager became famous in America after the release of this film.

James Cameron also noticed the beginning actress and invited Eliza to play in True Lies. Arnold Schwarzenegger became the on-screen father of Dushku, and Jamie Lee Curtis became her mother. After working on this movie, the girl had a career break. The reason was the last years of school. Later, Eliza entered the university.

Later, the filmography of the actress included a significant role. The girl portrayed one of the title characters in the cult TV series Buffy the Vampire Slayer. Eliza became friends with Sarah Michelle Gellar (Buffy Summers). The girls fought evil together.

In the early 2000s, the comedy film Bring It On was released. Kirsten Dunst (Torrance Shipman) became her partner in the project about cheerleaders. Later, Dushku was invited to play in Jay and Silent Bob Strike Back, directed by Kevin Smith.

Eliza Dushku was invited to play in youth films. In 2002, viewers saw the girl in The New Guy, later in Soul Survivors. Her credentials also include the movie Wrong Turn. Eliza worked with Robert De Niro (Vincent LaMarca) once again. Dushku played with the famous actor in the film City by the Sea.

The creators of the series Ugly Betty offered Eliza a leading role. The actress regularly appeared on American television screens for four seasons. At the same time, Dushku voiced video games. Everyone can hear the actress’s voice in WET, SaintsRow 2, Yakuza.

In 2009, the project Dollhouse appeared in Eliza’s career. Her longtime friend, the creator of Buffy series, invited the young woman to play a leading role. But the series did not become popular with Americans, so after two seasons the project was closed due to low ratings.

Over the last years, her filmography has not included a lot of films. The most interesting of them is Batman: Year One, Hulk and the Agents of S.M.A.S.H., Noah's Ark: The New Beginning.

In 2009, information appeared in the media that Eliza Dushku had the relationship with Rick Fox. The young man was a player in the Los Angeles Lakers Basketball Club. A year later, the young people decided to live together. But something happened between Dushku and Fox, so they soon announced the breakup.

In March 2017, Eliza admitted that she was addicted to alcohol and drugs. The woman told about the pleasure she felt using these substances, but later the fun stopped, problems appeared, her friends died. It made Eliza start the fight against addiction.

She tries to keep her private life to herself. The woman rarely tells about it. In the summer of 2017 on her official Instagram page, the woman announced that she had agreed to marry her boyfriend. Eliza posted a photo with her future husband.

53-year-old Peter Palandjian will be Dushku’s husband. The man owns a private investment company. The businessman had been previously married, and he has children. But the age difference and life experience do not confuse the actress.

The acting career of Eliza Dushku develops gradually. The woman continues to improve her skills and participate in projects, including television films.

In 2017, the film The Saint was released in America, and Eliza played a leading role. The movie tells about a rich man looking for a daughter. The girl was kidnapped by unknown criminals. 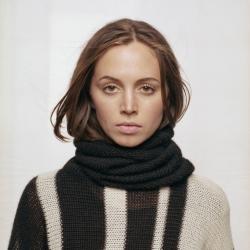