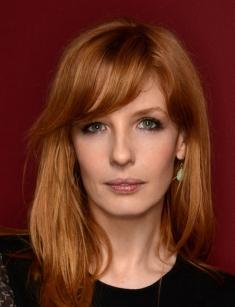 Kelly Reilly is a popular British actress, the laureate of the Cannes Film Festival Awards, Empire Awards, and other prizes. Movie lovers know the artist for her roles in Britannia, Black Box, and Flight.

Kelly was born in Surrey, United Kingdom, on June 18, 1977, the future actress spent her childhood in Kingston near London. The girl’s father, Jack Reilly, was a resigned police officer; the mother worked as a hospital secretary. Because the parents had nothing to do with the theater, they were surprised to discover their daughter’s acting talent.

The actress has a bright appearance: her Irish roots gave her red hair and gray-green eyes. In her childhood, little Kelly attended a boarding girls’ school. She hoped to achieve a lot in science, but that desire faded away as soon as Kelly went to the theater for the first time. When Reilly touched the world of art, she changed her priorities. Although she had no drama school education, Kelly managed to gain a role in the TV project Prime Suspect: Inner Circles: she wrote a letter to the movie producers and succeeded at the auditions six months later.

In 1997, the goal-oriented woman left home to play an underage drug addict who was accused of murdering her mother. The series The History of Tom Jones, a Foundling with Helen Mirren made the actress believe in her abilities and determine her future career.

Six years later, the full-fledged actress came back to the past project and got another role in the sequel Prime Suspect 4: Inner Circle. Mirren marked that she had no doubts that persistent and talented Kelly would succeed.

As Kelly decided to devote her life to cinematography and theater, she started working hard: the young woman frequented auditions. She never received a formal education but earned her living on her own. In the beginning, when small roles brought little money, she worked part-time as a waitress.

The movie debut was followed by the first theater role: in 1997, the artist appeared in Elton John’s Glasses by Terry Johnson that was staged at Watford Palace Theatre, Hertfordshire.

According to Johnson, Kelly was a talented, emotional actress with much patience. Later, Reilly participated in the playwright’s other plays. 1997 was also marked with the detective melodrama Rebecca.

The actress combined theater and movie works. For the next 20 years, she appeared in 45 projects and 13 theater performances. The woman’s energy, naturalness, and talent gave her the opportunity to win many prizes.

Reilly was nominated for the Laurence Olivier Awards several times, as well as the British Independent Film Awards when the 26-year-old actress became the youngest nominee. The play After Miss Julie staged at the Donmar Warehouse brought the artist this achievement in 2003; it was the record result in the history of the award.

The movies Mrs. Henderson Presents and Eden Lake were the next projects that repeated the success.

In 2009, Kelly was nominated for the Olivier Awards for the role of Desdemona in Otello. The work in Russian Dolls was marked with César Award.

In 2005, the artist received the Chopard Trophy as Best Actress in Cannes. In 2012, Kelly got the Spotlight Award for the role in the movie Flight. Besides, many critics appreciated Reilly’s role of Maureen in Mrs. Henderson Presents which was pointed out by the National Board of Review Award for Best Cast (the USA) and Empire Awards. Overall, the actress has numerous brilliant appearances in movies, such as Mary Morstan in Sherlock Holmes or Caroline Bingley in Pride & Prejudice.

In 2010, Kelly Reilly was a co-producer in the series Black Box; together with Vanessa Redgrave, the actress played one of the lead roles. Throughout her acting career, the woman collaborated with many celebrities: Denzel Washington, Keira Knightley, Sam Rockwell, Audrey Tautou, Romain Duris, and others.

Although Reilly is considered to be a British actress, she has settled in the United States because of her new family: in 2012, Kelly married Kyle Baugher and moved to New York. The man’s job is not associated with art: he is a bank worker.

Before the woman met Kyle Baugher, she had had no long-term relationship because they felt suffocating for her. Earlier, JJ Feild and Jonah Lotan used to be Reilly’s boyfriends, but Kelly emphasized in her interviews that she would be unable to have a family with someone who did not understand actors’ lifestyle.

Kelly and Kyle have no children.

The fantasy series Britannia and Yellowstone are Kelly’s recent works.

According to Kelly, she wants to be remembered for her movie characters, not luxurious outfits: the actress is against the idea of self-promoting at social events. 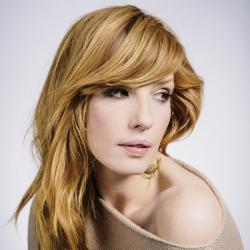