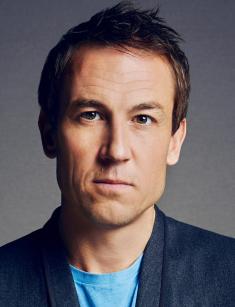 Tobias Menzies in the series The TerrorTobias Menzies is a British actor famous for his roles on the theatrical stage and in the world cinematography. Since childhood, he was dreaming about the glory, only in another sphere – in the sport. He wanted to become a tennis star. He is still fond of tennis and considers his hobby to be the greatest love in his life. One can see him riding the motorbike at high speed, though the actor tries not to risk his life. In his free time, he prefers to relax with the book in his hands or to see the pictures in the art gallery.

Tobias was born on the 7th of March, 1974 in London. He became the first son in the family of the teacher Gillian Simpson and BBC radio producer - Peter Menzies. The surname of the actor has the Scottish roots, and originally it sounded as Mingis. Tobias has a junior brother Luke. There is information that his parents divorced when their eldest son turned six.

In his childhood, the future actor was fond of tennis. For the actor, John McEnroe and Boris Becker, Björn Borg and Jimmy Connors were his idols. Moreover, Tobias was actively engaged in the fencing.

The boy attended Perry Court Rudolf Steiner experimental school in Canterbury, and later, in Surrey, he was studying at Frensham Heights school. In 1993-1994 he attended the acting courses at the college of Stratford-upon-Avon. Except for Menzies, such famous British actors as Simon Pegg, Leo Bill, Joseph Mawle, Joe Joyner and others were studying here.

In the interview, the man tells that in his childhood he even didn’t think about the career. But his mother, who often visited theatrical performances, played a major role in the choice of his future career. He was delighted when the light was turned off before the beginning of the performance. Remembering his feelings, the actor called it a mystery in which there was born something wonderful and magical.

Even after school he wasn’t completely sure in the correctness of his choice of the acting career, but the teacher managed to reveal his talent and to get interested in his creative career. At the college people still, remember the student, Menzies. The head of the acting course Deborah Moody remembers how in youth Tobias wrote texts of the plays as if they were born in his head themselves. He was the only student on the course who had such skills.

The Royal Academy of Dramatic Art played a great role in the professional formation of Menzies. He successfully graduated from the Academy in 1998. During some time he was working in the well-known The Spontaneity Shop British show where he received good practice in the acting improvisation. When the actor tells about his biography, he jokes that his mother worried a lot when she understood that her son wanted to become an actor, but no a lawyer. And, Tobias observed the same situation with his younger brother Luke, but on the contrary – he went to study to become a lawyer. Their mother was one more time surprised with such a decision. Tobias considers Menzies Jr. to be the most important person in his life. Luke is working by his specialty and lives in Australia.

Since 2000 the actor regularly takes part in the British pictures and series. Among them, there are the following – Foyle’s War, Ultimate Force, Midsomer Murders. Tobias receiver the regular role in the series Catastrophe. He took part in 13th and 14th seasons. On the screen, he embodied the character of the drug addict - Dr. Kenneth Harries - the son of one of the leading characters of the series.

The actor debuted on the big screen in the secondary role in the picture Lowdown directed by Jamie Travis. Such actors as Kate Ashfield and Aidan Gillen took part in this picture. Except for the shootings, Menzies manages to perform on the stage as well. The actor debuted in 1999 on the stage of London Gate Theatre as a deaf actor Hacho Ivanov in the tragicomedy The Colonel Bird.

After Menzies performed the part of Tuzenbach in Chekhov's play "Three Sisters," in 2003, he received the Ian Charleson Awards. In 2005 Tobias was invited to play the role of the Roman senator Brutus in the historical series Rome. After the premiere, he becomes famous outside the country.

The same year the actor received the leading part in the theatre as well. He played the part of Hamlet in the play staged by Rupert Goold. The work of the director was harshly criticized, but theatrical critics appreciated Menzies's acting.

In 2006, during the break in the shootings of Rime, Tobias appeared in the Bondiana Casino Royale, where he performed the role of Villiers – the assistant of Mi 6 head embodied by Judi Dench. Moreover, Menzies voiced-over Bond’s profile on the official website of the movie.

Tobias successfully played one more role of the zoologist Von Koren in Chekhov’s story The Duel shot by the American cinematographers in 2008. Tobias continues to play the episodic roles in the British series Bonekickers, Law & Order: UK, The Thick of It and also in the movies The Deep, The Shadow Line, Eternal Law.

In 2013 there began the work on the cult series Doctor Who. Menzies played the Russian character, the Lieutenant Stepashin, in the series Cold War. The events of the series take place in 1983, during the Cold War, on the Soviet atomic boat. In this episode, the ice soldier from Mars returns to life and continues the war against humanity.

Tobias also has one more cult series in his filmography – Game of Thrones. In this series, the actor received the role of Sir Edmure Tully.

In this saga, the actor Ciarán Hinds worked together with Menzies. Also, they appeared on the screen together in the project The Terror. The series was shot in 2018. Tobias performed the role of the captain James Fitzjames, and Hinds embodied the character called commodore John Franklin.

In 2014 the actor was invited to the series Outlander to play the role of Caitríona Balfe. Caitríona Balfe performed the role of Claire. It's interesting that Menzies played two roles at once - Frank Randall and the captain Jack Randall. The first character lived in 1945, and he is Claire’s husband, the second personage – is a cruel captain of the English army of 1743 who is obsessed with the leading character.

In 2017 the fantastic horror movie Underworld: Blood Wars came out on the screen. The actor played the character of the Lycan Marius.

In 2018 the actor took part in the television movie King Lear as Duke of Cornwall.

There is almost no information about the personal life of the actor. It’s known that he has neither wife nor children. After the convincing role of the tyrant, Jack Randall in the series Outlander there appeared the rumors about his non-conventional sexual orientation.

There was information that the actor had a love affair with Kristin Scott Thomas in 2005. In the tabloids, it was reported that the marriage of the movie star came to an end because of this love affair. The actress herself refuses to discuss this topic as well as Tobias Menzies.

At present, the British actor takes part in the shootings of the series The Crown. The spectators will probably see the new series in the autumn-winter of 2019. Menzies will replace Paul Bettany in the role of Prince Philip.

Getty Images company published the photo of the actor on its Instagram after the audition. The subscribers considered this post to be great news. 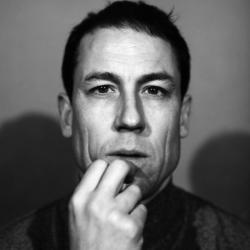