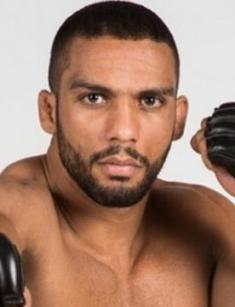 Edson Barboza is a Brazilian fighter performing in mixed martial arts. The representative of a lightweight category entered the professional arena in 2009. He is a member of the UFC association, as well as meetings organized by Renaissance MMA and Ring of Combat.

The sportsman was born in the Brazilian state of Rio de Janeiro on January 21, 1986. The child was born prematurely, and doctors did not bet that he would survive. The boy proved to everyone that he was a real fighter. It was difficult to imagine that his biography would be related to sports.

By the time he was eight years old, Edson had become interested in Muay Thai and started competing as a kickboxer and Muay Thai fighter. On account of the novice fighter, there were 25 fights held at the professional level. Edson knocked out 17 of them, defeating his opponent in the 1st round.

Accumulating his mastery and skills, Barboza became fond of Jiu-Jitsu. His trainer was Ricardo Almeida. Classic boxing and Taekwondo were also part of the fighter's interests.

As part of the fights organized by the MMA, Edson entered the octagon in 2009. He made his debut in Florida against Aaron Steadman. It was a technical knockout victory. Then followed the triumph over Lee King at Renaissance MMA. Barboza became the lightweight champion and later defended his belt in the rematch.

Collaboration with Ring of Combat began with a fight against Nabih Barakat. The belt of this organization also did not keep itself waiting. In 2011, Barboza fought against Mike Lullo in UFC, followed by Anthony Njokuani. After winning both times, Edson began to prepare for the match with Ross Pearson. He won, as he did in his subsequent fight against Terry Etim.

In 2012, Edson Barboza entered the ring against Jamie Varner and suffered his first defeat from the opponent. The sportsman was able to rehabilitate himself at the match with Lucas Martins.

This was followed by triumphant fights against Rafaello Oliveira, Danny Castillo, and Donald Cerrone. The game with the last one took place in 2014 and was a rare case when Edson lost the fight to his opponent.

In the UFC Fight Night 45, Barboza won the fight against Evan Dunham with a body kick. The referee stopped the fight and gave Edson the victory. He also defeated Bobby Green in the fall of 2014 by the decision of the judges. In February 2015, Edson and Michael Johnson met, and the Brazilian defeated him. Already in the summer he entered the octagon in a fight with Paul Felder and won again.

The famous fight with Tony Ferguson took place as part of The Ultimate Fighter 22 Finale when Barboza replaced Khabib Nurmagomedov because of his injury. The prolonged standoff ended with a submissive and a loss of Edson in the 2nd round.

In 2016, the fighter entered the ring against Anthony Pettis and Gilbert Melendez. Then followed the fight against Beneil Dariush. UFC fans also remember the 2018 fight in which Edson fought against Kevin Lee and could not prove his superiority by losing the match.

Barboza is married. Together with his wife Bruna, he is raising two children - a son and a daughter. The girl was born in April 2019, on the eve of a dramatic fight with Justin Gaethje.

As soon as the game was over, the loser Edson went to his wife's hospital and then posted a photo of his beloved family to Instagram. The fighter is happy in his personal life and confirms it not only with images on social networks. Edson Barboza has the net worth, which is estimated to be $3.3 million.

It was planned that on September 7, 2019, Edson Barboza could take part in the fight against Islam Makhachev. On that day he lost to Paul Felder.