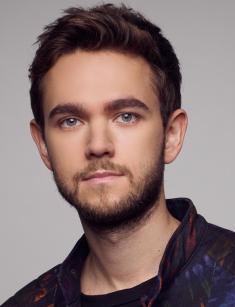 Russian-born famous DJ and singer Zedd is one of the most recognizable musicians of today. Having collaborated with various modern celebrities such as Cardi B, Katy Perry, Jon Bellion and others, he has earned the reputation of a young successful musician. An owner of numerous awards and titles, Zedd is not thinking about leaving his career and always comes forward. So, in 2019 his third collection will be released. What musical projects is Zedd famous for? Let’s know!

Zedd's (whose original name is Anton Zaslavski) birthplace is Saratov Oblast, Russian Federation. He was raised by parents of Jewish nationality. Speaking about their occupations, his father worked as a teacher at a local school and liked playing the guitar. Zedd's mother is also a musician – she played the piano. At the age of 4, he left for Germany with mom and dad. Zedd was not the only kid of them – he was brought up alongside two brothers.

From the very childhood, the kids were involved in the world of music. As a 4-year-old boy, Anton learned to play the piano due to his mom. Having turned 12, he had already learned to play the drums. In 2002 Zedd joined a local musical collective named Dioramic – they played a metallic genre of music. Being a teenager, Anton had an icon – he liked listening to the French electronic band entitled Justice. The musicians inspired him for focusing on electronic music.

He named himself Zedd around that time. Performing with Dioramic, the musician composed songs for the band. In 2010 Zedd left the collective to start a solo music career. So, his first solo project entitled 'The Anthem' advanced to the top 20 of the Electronic Music Chart. He continued making remixes and dropped the remix of 'Born This Way' by Lady Gaga in 2011. The artist herself checked out the work, claiming Zedd had obvious talent.

2012 was marked by the presentation of Zedd's first song – it was named 'Spectrum' and released with the help of a recording company. The track got to the top of various American charts. Shortly after, the musician presented 'Beauty and a Beat.'

In October 2012 Zedd pleased his fans by publishing his first collection entitled 'Clarity'. Fans especially liked its songs 'Spectrum' (which was the leading one) and 'Clarity.' The project happened to be a real commercial success advancing to American Albums chart. Its sells' level was evaluated at 3 million copies. Moreover, the collection was named the most-played one on the radio, as for 2013. The album also got several platinum nominations. As a promotion of 'Clarity,' Zedd embarked on a world tour and visited all the inhabited continents starting with Las Vegas, America.

Having returned from traveling, Zedd began working on the song 'Heaven' alongside Japanese musician Namie Amuro. Besides, he recorded the track entitled 'Stay the Night' together with Hayley Williams.

In 2014 Zedd and Ariana Grande exploded all the charts by their track entitled 'Break Free.'

2015 brought the musician his new collection under the name 'True Colors.' Besides, that year he presented a song recorded alongside Selena Gomez – it was named 'I Want You to Know.' Speaking about his album's success, it made the singer one of the most prominent artists in the year 2015. To promote the album, Zedd arranged a world tour again. Moreover, the celebrity organized a charity concert as a reaction to Trump's order to forbid Muslim people’s immigration to the United States.

In 2016 Zedd's fans could listen to his new song entitled 'Candyman' – Aloe Blacc helped in its recording. Additionally, he dropped another track 'Starving' recorded alongside Hailee Steinfeld – it advanced to the 5th place on the American Hot chart. Shortly after, Zedd made a remix of the hit entitled 'Let Me Love You.'

At the beginning of 2017, he presented the track 'Stay' recorded alongside Alessia Cara and the song 'Get Low' featuring Liam Payne.

In January 2018, the song 'The Middle' created by Zedd and Maren Morris came out. It happened to be a real hit reaching high spots on the charts. The same year, the musician arranged Zedd In The Park Festival.

Early 2019 brought Zedd a collaboration with the singer Katy Perry – they published the track '365'. In spring he appeared at Coachella Festival.

One month later, Zedd made a public announcement he would embark on a tour in September 2019. Its first concert would reportedly be held at Bill Graham Civic Auditorium. Additionally, he will drop his new collection entitled Orbit at the end of summer 2019.

Zedd’s net worth is evaluated at $35 million.

In 2015 publicity became aware of a relationship between Zedd and Selena Gomez. The latter couldn't hide their affair and posted their picture together in her social network. Interestingly, the two had been seen together attending various luxurious events.

However, the couple parted ways for unknown reasons. Some people think their alliance was just a method to make Justin Bieber, Gomez' ex-boyfriend, feel jealous. Other say the partners had split up because of Selena's difficult personality.