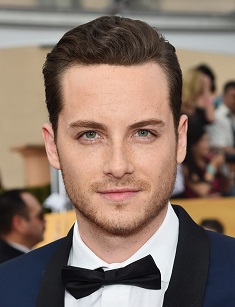 Jesse Lee Soffer is an American actor with a well-thought-out career. Since the beginning, he continues his works on screen and never lets the audience forget who he is. Currently, Soffer is starring as one of the main characters of the NBC drama Chicago P.D., and the role of Det. Jay Halstead brought him a lot of recognition.

Jesse Lee Soffer was born on the 23rd of April in a small village of Ossining, New York. His parents were Stan Soffer and Jill B. Hindes, and very little is known about them.

The Soffers moved to Tarrytown, another village in the state of New York, and then finally settled down in Connecticut, where Jesse grew up among step-siblings: a brother and three sisters. His sister, Shayne Hindes, is currently a demanded model, an elegant and quite tall one.

Jesse attended the Gunnery, which was an old boarding school with a rural location. During his prep school, he focused on soccer and even became a member of an all-star team. However, Jesse’s interest in this sport didn’t lead to anything. In his senior year, the future actor was awarded the Gunnery's McClellan Citizenship Prize.

Soffer’s acting career started very early, while he was a small child. He got his first role in the age of six, and it was a part in the TV commercial of a famous cereal, Kix.

In 1993 Jesse participated in a serious movie, a Hollywood one, for the first time. The film was called Matinee and featured John Goodman and Cathy Moriarty.

Then his career as a child actor started to pick up steam. The next year Soffer portrayed the main character at the age of 9 in the movie Safe Passage, working alongside Susan Sarandon in a drama film for the first time. Later he played Bobby Brady, the youngest from the Brady family, which America knew since the 1970s. Initially, the Brady Bunch was an ABC sitcom that gained a lot of recognition, so the family got back together on the screen two decades later. Although different actors starred famous characters, the whole story didn’t lose it charm, and the sequel came to light, entitled simply A Very Brady Sequel (1996). Soffer took part in the filming again playing a little boy who was always surrounded by care and warnings but dreamt of adrenalin-full adventures.

The same year Jesse Lee appeared in a TV movie From the Mixed-Up Files of Mrs. Basil E. Frankweiler, based on a novel for children by E. L. Konigsburg. He starred as the main character, who was engaged in a risky investigation by his sister.

Soffer went on appearing on the small screen and featured an AMC TV movie Royale (1996), an ABC sitcom Two of a Kind, and a CBS soap opera Guiding Light.

In 1998 he was hired as a kind of a key character in Two of a Kind. It was a TV series starring the Olsen sisters made according to the same format as all their works. Even the names of the characters were similar to little actresses’ ones. Soffer played Mary-Kate’s Math tutor, for whom Ashley had feelings. Unfortunately, the series was shut down.

In 1999 Soffer spent four months starring in Guiding Light, the longest-running drama in American TV. He had a recurring role of Max Nickerson, a newly introduced character. Taking part in a historical show is very honorable for the young actor, and he might have realized it too.

Working on TV, Soffer raised a decent sum of money that allowed him to pay for his boarding school by himself. After Guiding Light, he decided to take a break and focus on his education, due to the subsequent graduation.

Soffer recommenced his career in 2004 by being cast as Will Munson on the CBS soap opera As the World Turns, which made the actor enormously popular. Originally he had a recurring role, but later Jesse signed a contract as regular. It was another longest-running show, which even beat Guiding Light. Soffer stayed on the show until April 2008, and also made some guest appearances in 2010.

Besides TV shows, Soffer had a chance of participating in another drama film, a sports one this time. He portrayed the elder brother of the main character, a girl who was discouraged by everyone except him when she revealed her wish to play soccer. Then he made a small appearance in a $174 million science fiction movie In Time, featuring Amanda Seyfried and Justin Timberlake.

Until 2013 Soffer’s work included one-time roles in a bunch of TV shows, such as CSI: Miami, The Philanthropist, The Whole Truth, The Mentalist.

In 2013 he co-starred in a Fox TV drama The Mob Doctor, playing a good-for-nothing brother of the main character. His sister had to perform surgeries on mafiosos in order to pay off his debt.

He also portrayed Travis Alexander in a documentary telling a story of his murder by an ex-girlfriend. She became very notorious after the crime and was eventually sentenced to life.

In 2013 another significant spiral in Soffer’s career occurred. He was cast as Det. Jay Halstead in the TV series Chicago P.D. It is a part of a vast media franchise entitled Chicago which includes various NBC shows about different public services. So, the P.D. spin-off was the second after Chicago Fire.

Soffer portrayed a cocky policeman who underwent a post-traumatic disorder and was in a relationship with Erin Lindsay. Detective Lindsay was his partner both on screen and in real life: an actress Sophia Bush later became Jesse’s date. However, the character was written out in the 4th season.

He continues appearing in spin-offs, including also Chicago Med. Although he is not Chicago-born, Soffer successfully manages his work and keep attracting new fans.

Soffer might be called an on-set-romance pro: he has worked with both of his girlfriends at some point. Initially, he started dating with Sophia Bush, and their characters in Chicago P.D. were also together. They were in a relationship from 2014 to 2016, and a year later Bush left the show.

He didn’t stay single for long, and the next affair Jesse had was with Torrey DeVitto, who was an ex-wife of Paul Wesley, the star of The Vampire Diaries. There was no information about two of them for a long time, but in September 2018 it was revealed, that DeVitto and Soffer were a couple since the middle of 2017.

They have little on-screen time together, but it seems that they belong together. Who knows whether it might lead to a-husband-and-wife or not?..

Soffer was an excellent athlete since childhood, and now he stays in shape for his roles, which requires doing some stunts. Obviously, he has a good body which he doesn’t hesitate showing shirtless.

He also has a scar on his neck that may have been done due to a thyroid ablation, but that it isn’t confirmed.

His Instagram account has almost 800 thousand followers since he is pretty good at managing it. Jesse always posts some new facts, pictures, or short videos, that reveal a little bit of the filming of Chicago P.D. or his personal life. He usually takes shots with his colleagues, mostly with Tracy Spiridakos. One of their best off-screen performances together was a play-act of a widely known episode from the Game of Thrones.

At present Soffer's net worth is ‎$1.5 million.

Soffer has three Daytime Emmy Awards as an Outstanding Younger Actor in a Drama Series, which he garnered in 2006, 2007, and 2008. He was honored for his work in As the World Turns, which also brought him a Soap Opera Digest Award nomination for Outstanding Younger Lead Actor in 2005.